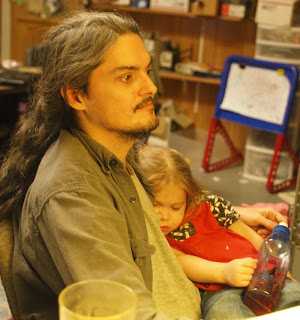 just adding a few pictures..
This was Esme on Christmas night, falling asleep in Daddy's lap while watching Cinderella. She finally put on her slippers when I told her they were 'look, glass slippers!' just like Cinderella says in the movie. Then she stopped screaming 'no no no shoes' and put them on and went to show Daddy her glass slippers. Silly, huh?

Tonight I brought home two little one dollar video games and a container of strawberries for Esme. One of the games was for Daddy -- but he needed a backup so he would actually get to play with one while she attempted to use the other ;) She asked me for strawberries randomly last week - so when she saw me put some on a plate she thought she had gold! She ate all the strawberries I would give her - and some ravioli.. so excuse the entirely messy mouth in this picture. She was 'scuttling' back and forth around the room holding on to the little game and trying to figure it out. She thought she 'won' just because it made noise. 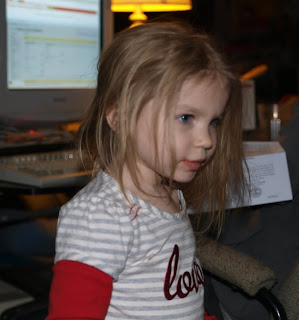 scuttling around the room 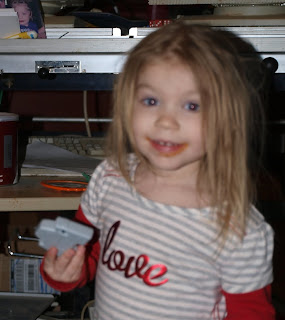 blurry but great surprised smile when she heard the game beep

Now we're going downstairs to cut open an orange and see if I can coax her to let me brush her hair out or at least put it back up in a ponytail ;)