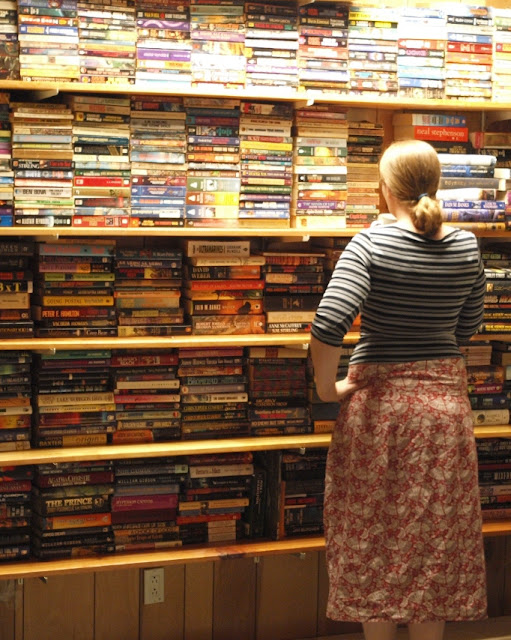 Apparently some people have not heard of this.  It's called 'book sounding', or 'book dowsing', depending on which one you like better.  You can practice it in libraries, on your shelves or on a friend's book shelves.  You run your fingers (or eyes, depending on rules) along the books almost randomly, until one just FEELS right or stands out in some way that is impossible to deny.  You take that book down, go to a comfortable chair and give it a very good try to read, not just one page like you might at the shelf, but a few chapters.

You might 'accidentally' pick up a book about rope, or growing herbs, or a love story that takes place at the turn of the century, or a zombie child that goes through time.  It really could be anything.  Maybe not accounting or rocketry tables.. put that back, maybe.  It could be your thing.

The point of book sounding is to open your mind and have an adventure.  I also love to do it in 'friends of the library bookstores' and thrift shops.  You NEVER know what you'll find - or does it find you?  For a quarter you may be reading a selection of short stories edited by Isaac Asimov that is no longer in print, or suddenly realize a favorite author wrote something you missed, somehow, and now it is right here in your hand.  It has happened to me.

I wrote this article because a Google search for 'book sounding' showed nothing, and 'book dowsing', still nada, no description of the activity!  But I've seen people do it in real life, in movies - what do they call it?  It is so obviously a vibration thing when they are doing it with their fingers - something calls to the fingertips.

So, go try it.  See what the Universe tosses your way.
Posted by RheLynn at 6:45 PM No comments: 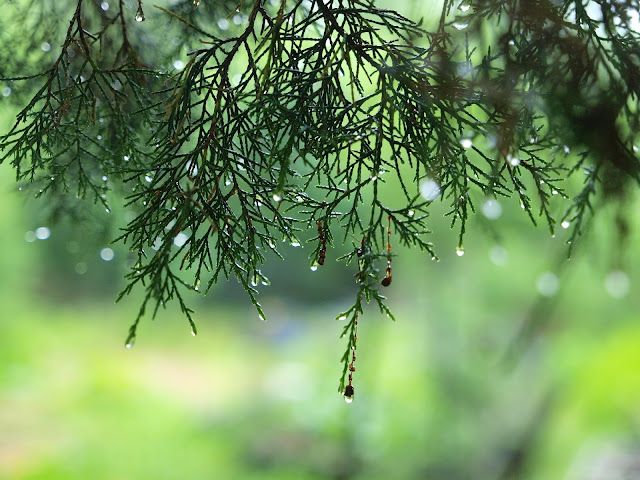 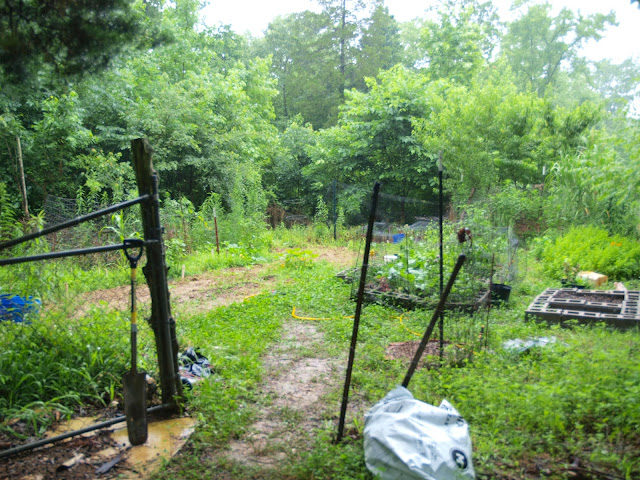 planted some more things outside between the rainstorms 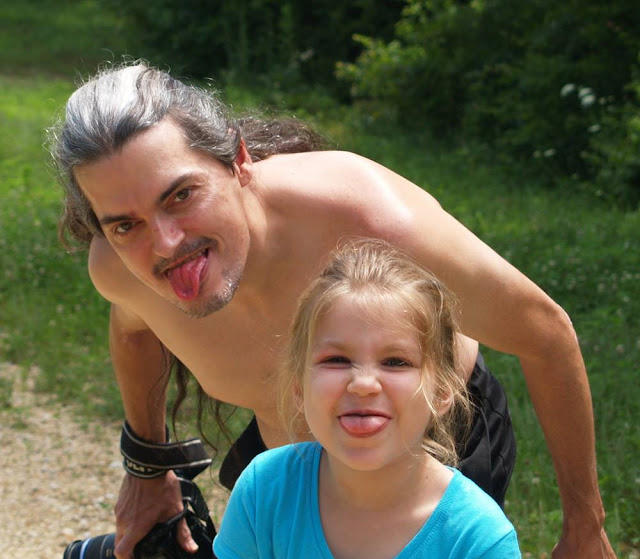 Happy Father's Day to Mark, father to this little girl, who isn't all that little anymore!
Posted by RheLynn at 9:09 AM No comments: 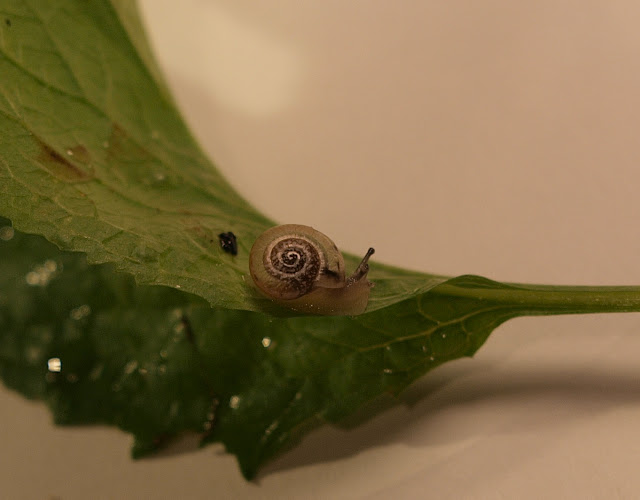 Took Esme out to the lake today with a friend from work and her two children.  The beach was not crowded.  We tossed a soccer ball around in the water.  It was a great time, and Esme smiled and laughed more than she has in a while.  Mark and I did some work in the garden tonight.  I found a snail, and he took a picture of it.  I planted Big Kahuna beans and marigolds and a few Painted Pony beans.  Esme and I planted sunflower seeds a few days ago.  The garden is beginning to produce peppers, summer squash and zucchinis, and the tomatoes are hanging green and round.  I picked a bunch of mustard greens flowers (yellow things on top, kind of like broccoli rabe) and some accidentally picked kale and mustard (where the snail came from) and chopped it all up to go with rice and curry sauce for dinner.  Mark and Esme had something else, and I had a little of that, but definitely wanted to eat my greens :)

Tomorrow is the Summer Solstice.  My clock is set. 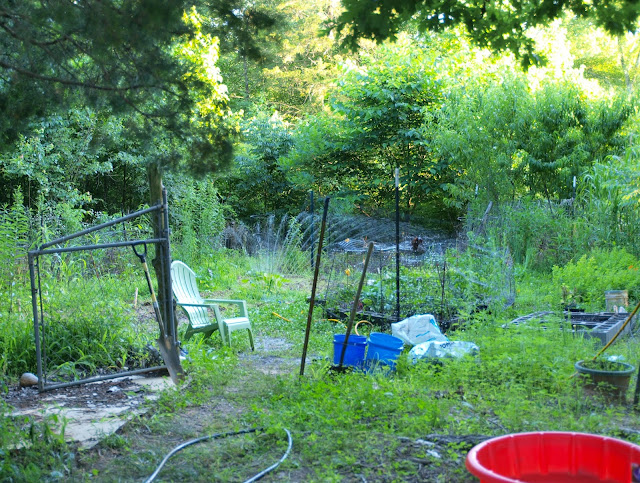 Posted by RheLynn at 8:06 PM No comments: 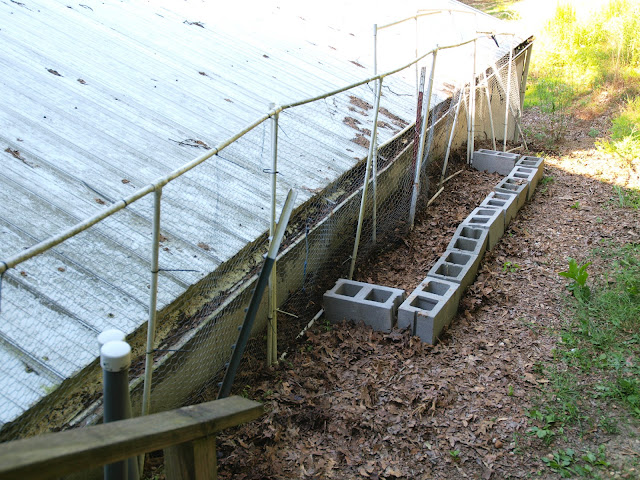 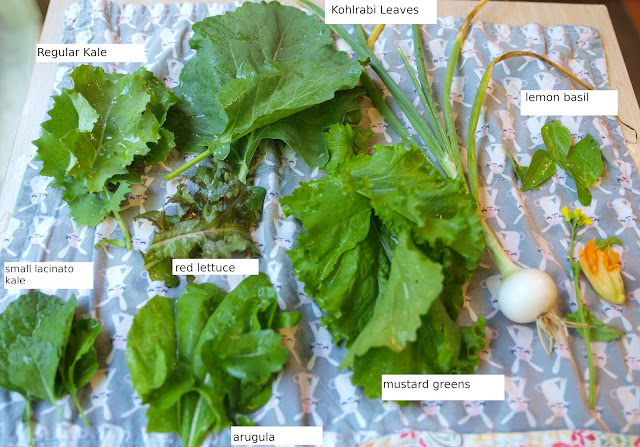 Esme and I have played with her new soccer ball.  She is signed up for a virtual 4H camp.  I would like to enlist her to help me clean up the yard a bit more tomorrow and maybe put the dirt in the bed we made, and decide what to do.  She is doing some virtual animation stuff with her Minecraft friends - it's pretty cool, music video stuff with digitally-drawn animations frame by frame.  I really like the expressions the animals are drawn with, the 'facepalms' and annoyed eyes etc.. and they are attempting to move the mouths along with the words to the music, too.
Posted by RheLynn at 7:28 PM No comments: 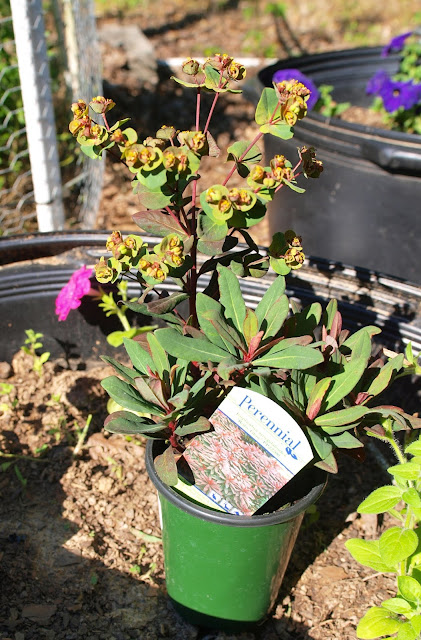 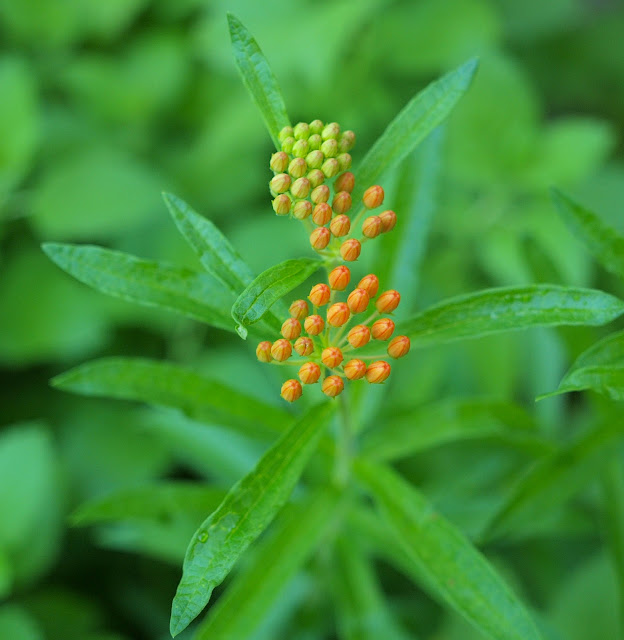 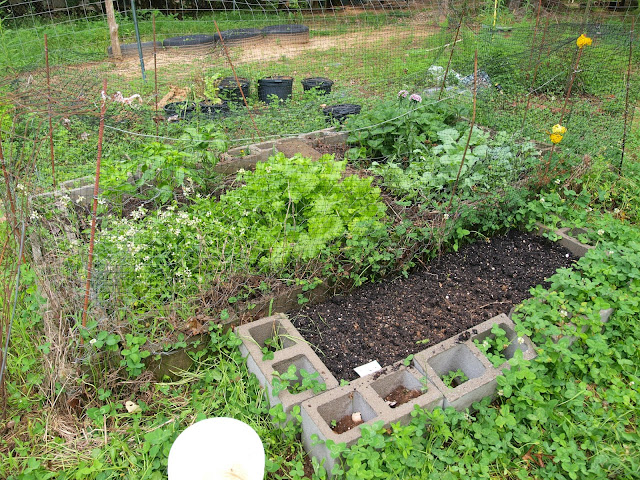 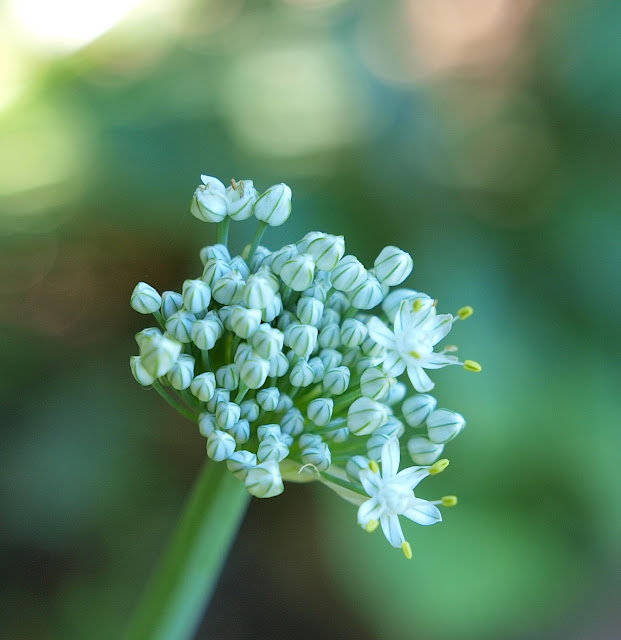 the flower on an onion that had overwintered in the shade graden is starting to pop bit by tiny bit
Posted by RheLynn at 7:45 PM No comments: 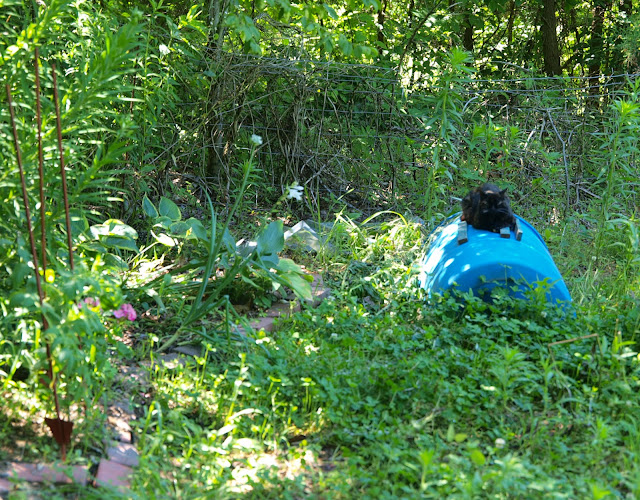 I was out in the garden today, harvested a little greens, and made lunch 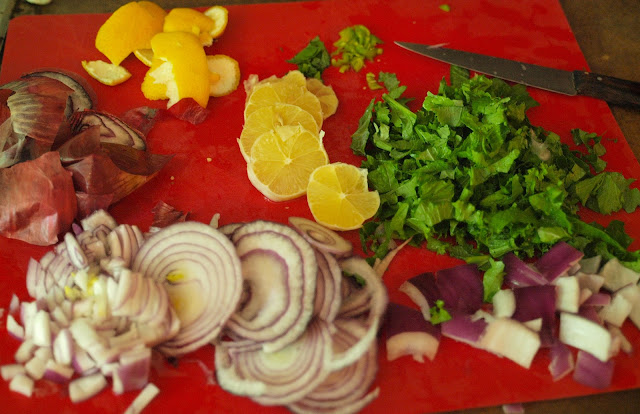 I should have used half that amount of lemon and half of onion, and twice or more of the greens - balanced against the egg and the bread it was still quite good.  I combined it with the barbeque sauce from the other day, too - to counteract the lemon. 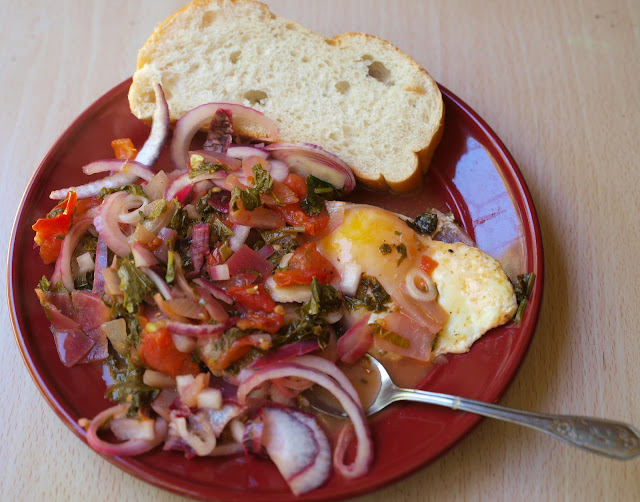 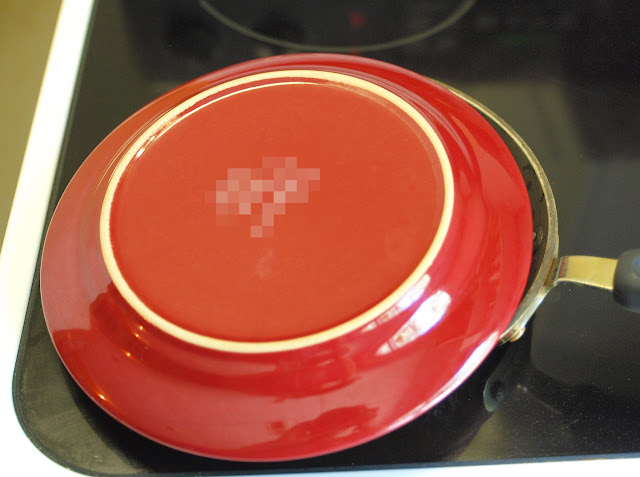 I use a plate like this for steaming, and steamed the egg right on top of the other food in the pan

Black hollyhocks, took this bud apart and took some pictures
Posted by RheLynn at 11:28 AM No comments:

the gardens on June 10 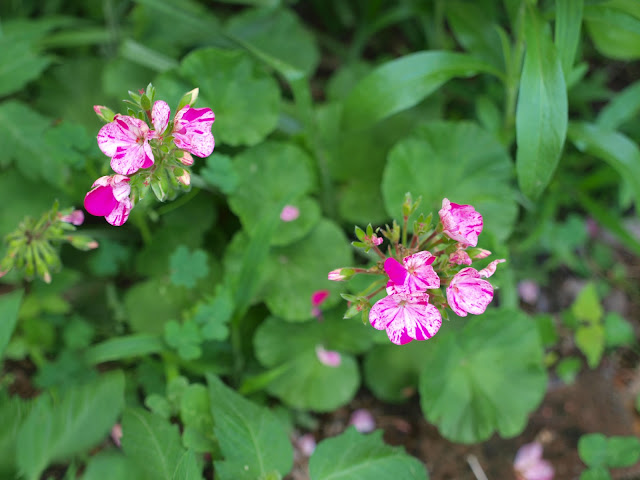 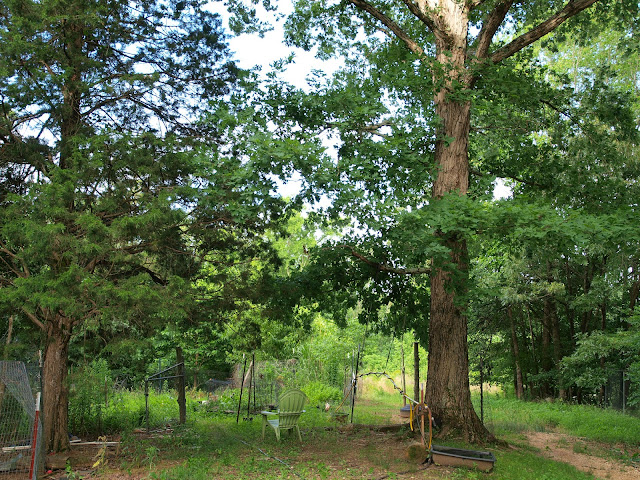 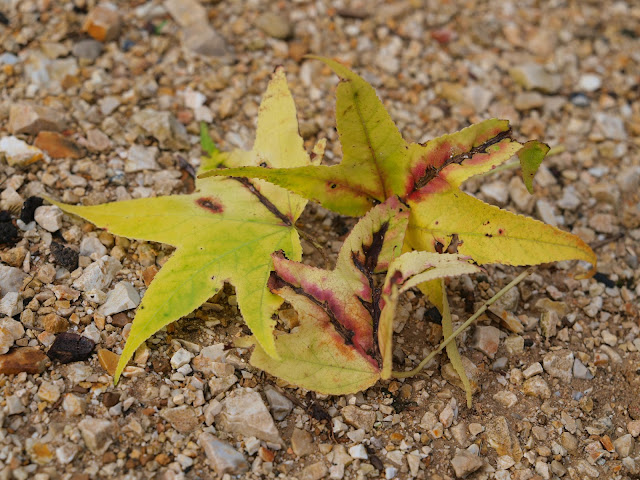 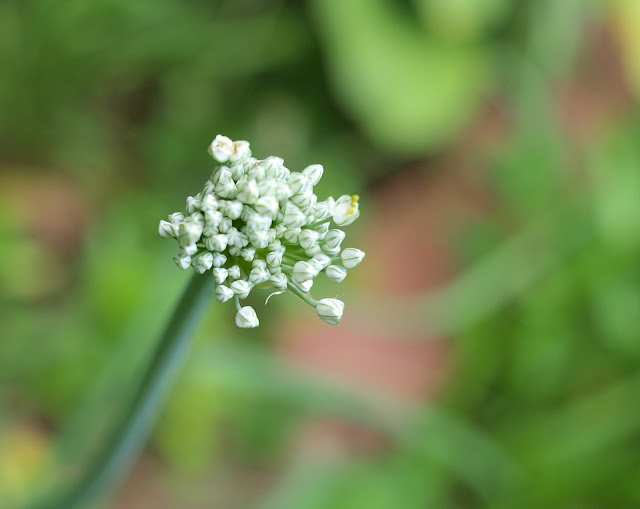 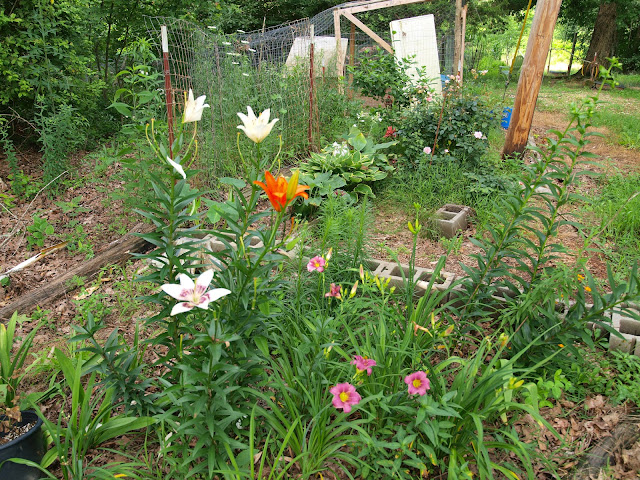 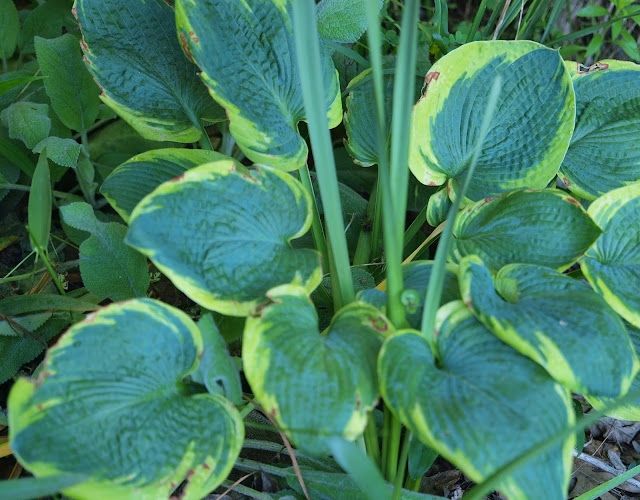 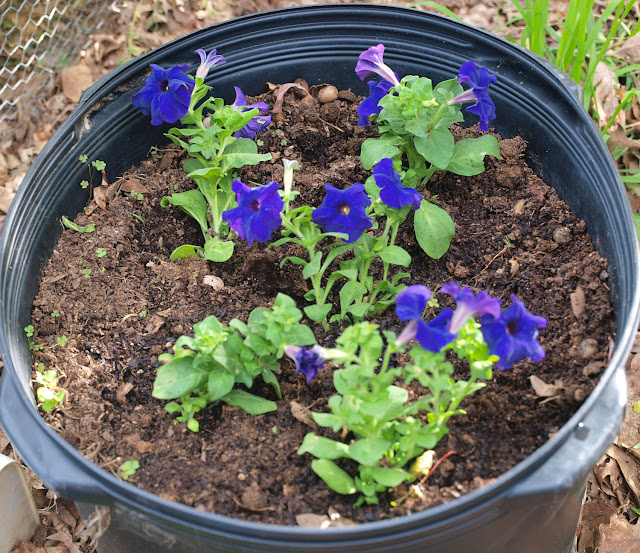 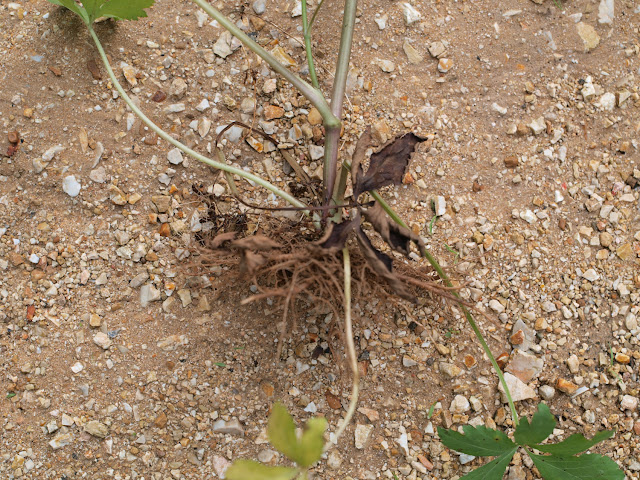 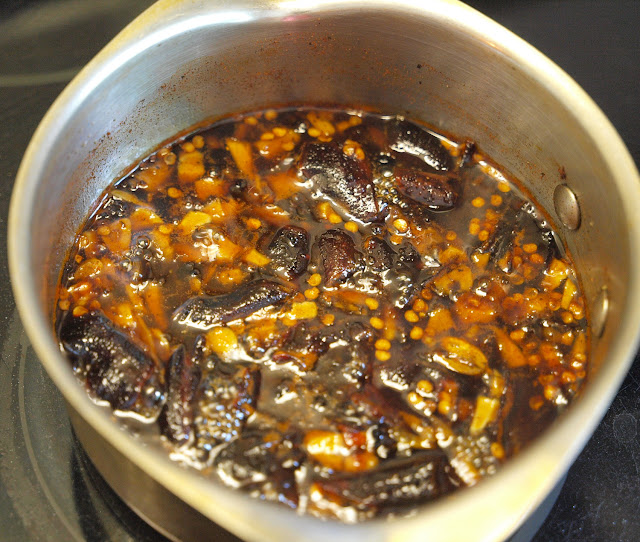 1 large guajillo chile, dried - this is a fruity chile that smells almost like raisins - or zante currants, which I also ended up putting in this recipe.  I keep the Zantes for my welsh biscuits (bara brith or welsh cakes).

So this recipe asked to keep the seeds from the chile, but cut off the top, and take out the spine/veins and tear the chile into one inch pieces.  Place in the microwave in enough water to cover and steam for a minute, then time it for 3 to 5 minutes to soften.

spice mix from the vindaloo last night - cumin, nutmeg, cinnamon, cardamom pods, pepper, salt, paprika, ground cloves.  I put all the rest of what I had from those in the mix, probably about a tablespoon plus a bit of the entire mixture.

1 cup of sugar, 1 cup of cider vinegar, some salt, about a 1 inch piece of fresh ginger, peeled and cut up, about 4 to 5 small partitions of garlic, peeled and cut up.  Combine all that with the chile and the water from it and bring it to a boil - the more 'syrup' you want the sauce the less water from the chile to add.

I brought that all to a boil and then reduced it to about '2', enough to bubble but not enough to roil.  Mostly covered, cooked at '2' for about thirty minutes stirring often.  Then I put in two handfuls of Zante currants and cooked it again for about ten minutes.  Poured it all up in a glass jar and let it cool down for several hours.

Then I put it through a food processor and spooned out the really large chile and cardamom pods that didn't process.  Next time I will take the cardamom through a coffee grinder before I add it to the spices - I just mashed it for a while with the mortar and pestle this time but it wasn't enough even with cooking, a couple of them still were there at the end.

This was a sweet, fruity, hardly any heat 'bbq' sauce taste.  I drizzled it over some rice and pork I had set aside and it was wonderful.  Definitely will use the rest of it on my remaining rice, and will be making more like it in the future.

I think I used about half of this in the vindaloo last night (with wet ginger and wet garlic, and two chiles, prepared as above steamed in a little water but with the seeds thrown out) and then a splash of cider vinegar, no sugar, a little peanut oil in the pan with some onion until clear, add precooked meat, cook for a minute, add the sauce, reduce heat and let it steam until the water is absorbed enough.. that was pretty good over rice.. but this sauce was even BETTER

Posted by RheLynn at 4:51 PM No comments: