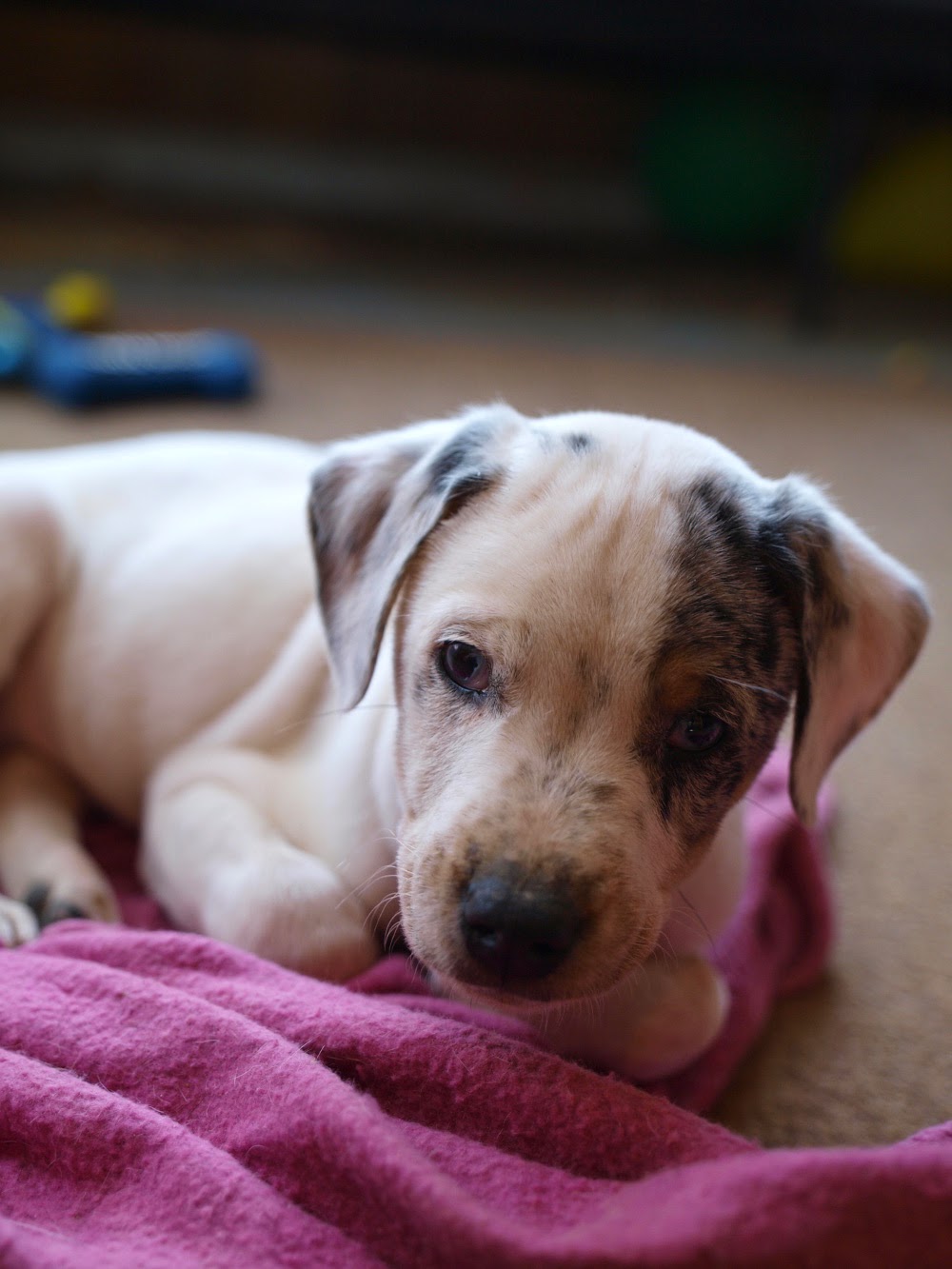 We kept Columbus
He is settling in nicely to the dog crew.

Homeschool log:
She had thought up some actual projects she wanted to do today.
8a    - Blimp Jet project (from the Design crew on PBS)  Had her read a bit of the instructions then we took a stab at it.. wasn't that great of a result...
9.15a    - cleanup and reorganization of desk area -- so much grump during this!
9.30a    - break

10.30a    - macaroni necklaces - painting and stringing
First I had her take Daddy's macaroni out of the macaroni and cheese box, and put it in a ziploc bag.  Then we emptied the Fiori noodles into another bag.  Then we found two clean containers and made sure the balance scale was balanced and even.  I had her weigh out the same amount of Fiori as there had been macaroni for Daddy's cheese packet - so he could make it later, and then we could use the macaroni (which isn't as good) for projects and a few of the leftover Fiori for necklace making.  She liked the balance scale, as usual.  She chose nice colors and didn't get frustrated when things were hard.. which was good considering earlier.
11.30a    - break 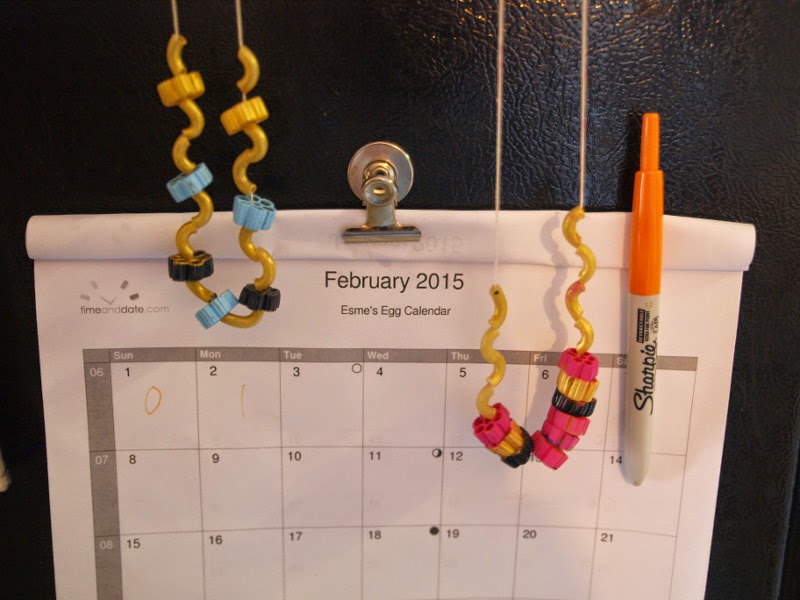 macaroni necklaces, hers is on the right hand side 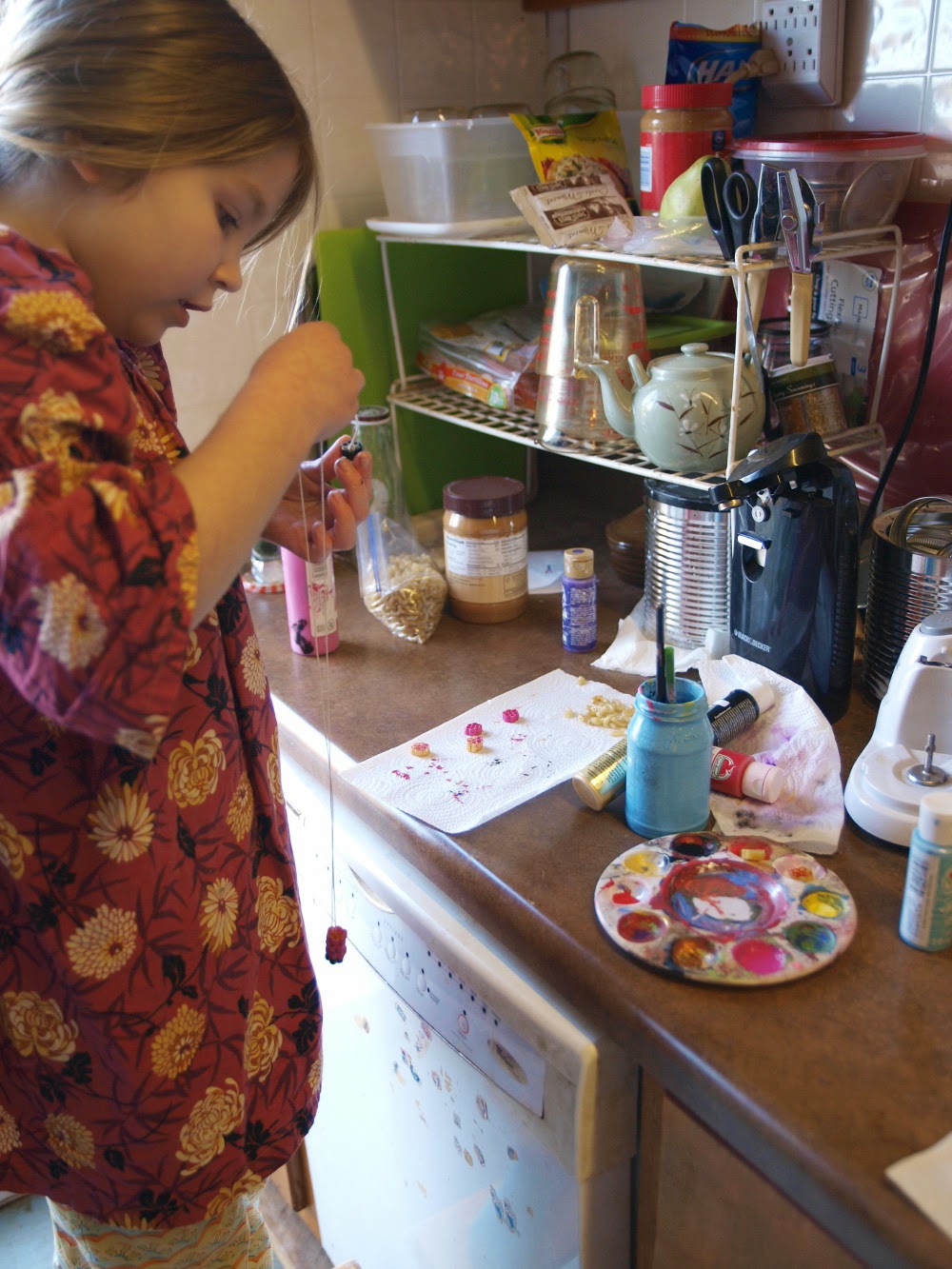 stringing macaroni
Then I had to go to work..and Daddy continued with more copywork and science docs.
Esme told me about the zombie ants she saw in the episode, and also how the copywork is rotting her brain, no - it's not pratctice, she insists.. it is full of the boring.  I insisted it has all the letters and we did it as kids.  She said, yes, that is what Daddy said.  And then she harrumphed at me and brushed her teeth for bed.  She did highly reccommend the planet earth episode, and told me I should get it from Daddy and watch it before I went to bed.  She also said the spaghetti she and Daddy made for dinner was very good. 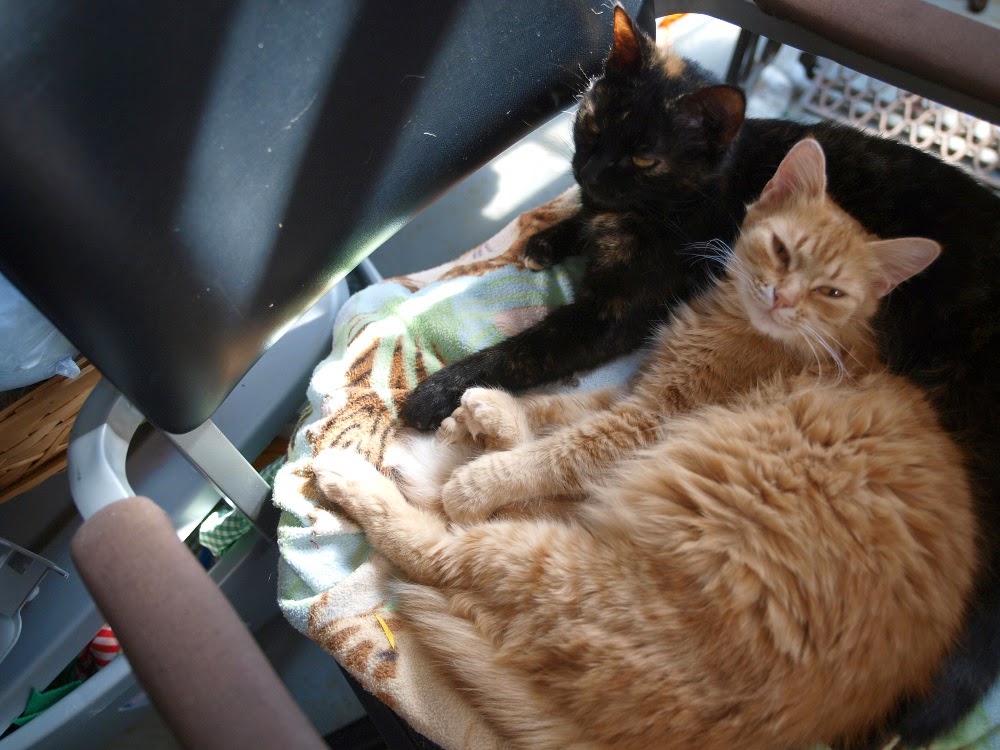 Pumpkin cat and her mother Minion enjoying a morning sunbeam in my chair
They say it has been too cold lately, too...
Posted by RheLynn at 8:12 PM