They continue to cancel the public schools based on the roads - we hear the announcements still and I'm not blaming them.  It is slick out there.  But, we've kept doing some homeschool half for our sanity and half against... it's give and take.  I know there will be arguments - but I'd rather we accomplish something than just play games all day and argue about those...

10.45a    - spelling test - 16 words, 'acks' were a bit difficult at first.
11a    - sledding
11.30a    - ornithopter model (missing parts)
12p    - self propelling cart model from Academy Arts Leonardo DaVinci automobile
-----It was plastic and snap-together.  Still, Mark said it seemed to be taking us a long time for how complicated he had thought it was.  Ours 'works' but not perfectly..it is as if a gear sticks sometimes and doesn't others.  She had lots of grump about this and so did I...I brought up a Youtube of the actual wooden working model someone had made and she watched it.  We agreed it had been a a grump and she was sorry and I would try to find better ways to react to her grump in the future ... I told her she had been a brat all morning about anything she didn't want to do..  but not sledding!... yes, but you wanted to do that... ((off to stairs and grump))
1.15p    - break ((apologies and a bologna sandwich))

Not counted in much of the school times, but counting for us for the week is the Stink Moody Frog book..she really does like to read about him, he is funny.  It is a good reading level for her.  Amazon places it Kindergarten through third grade.  This is book 8, by the same author Megan McDonald, as the Judy Moody series (Which she didn't really like)  And, there are lots of figurative language, onomatopoeia and sarcasm for her to encounter, that she hasn't dealt much with before.  She really likes the comic book frames 'Stink' draws.  I still want her to read the Little House books with me but for her fun-seeking jokester attitude this is a good series. 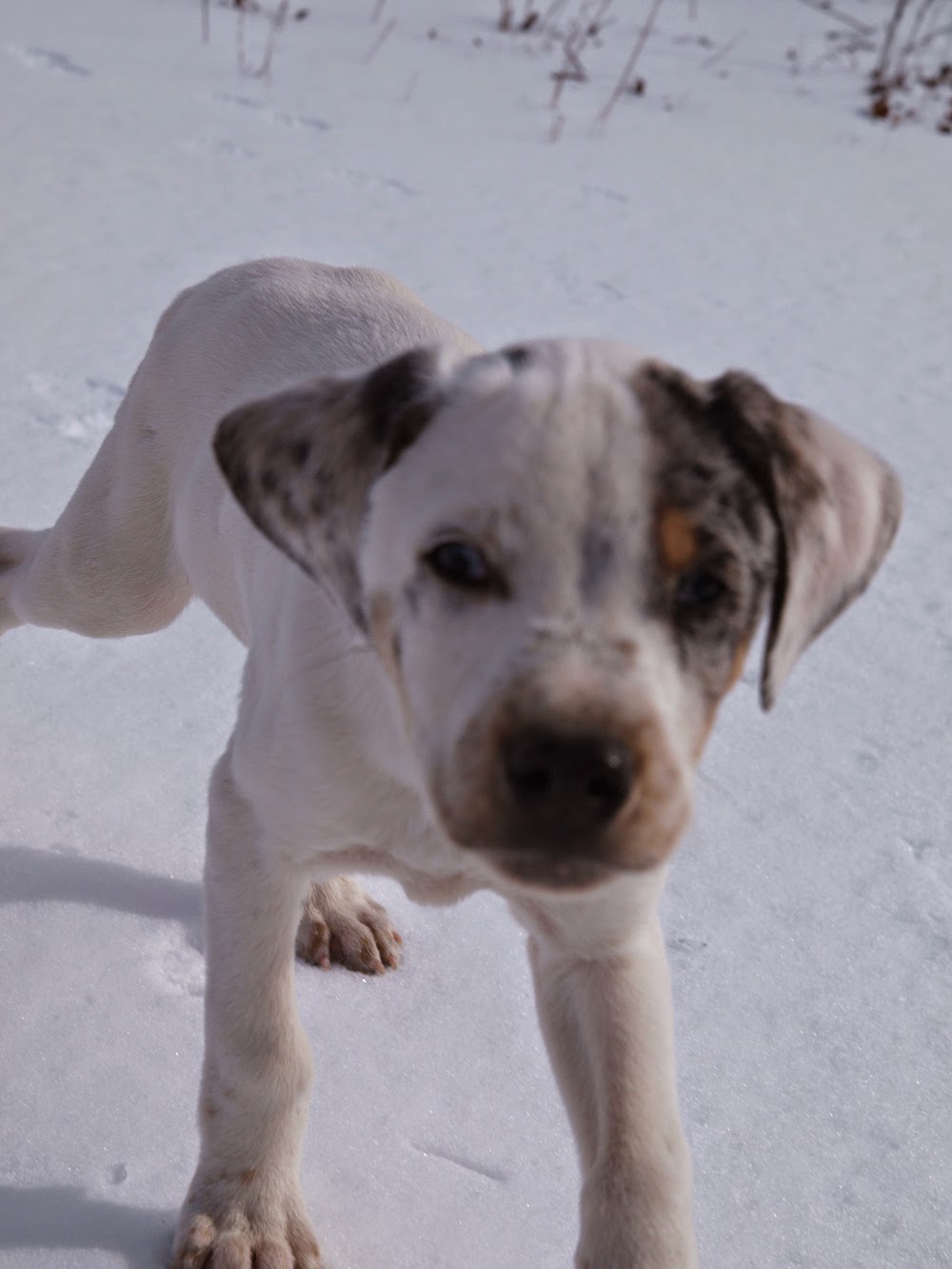 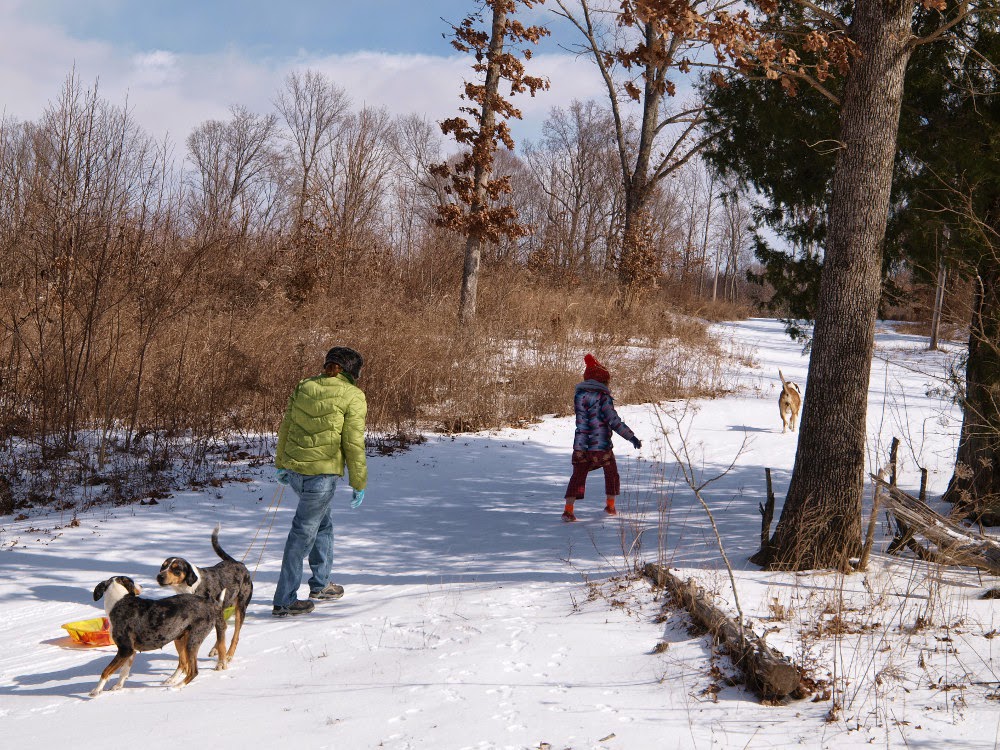 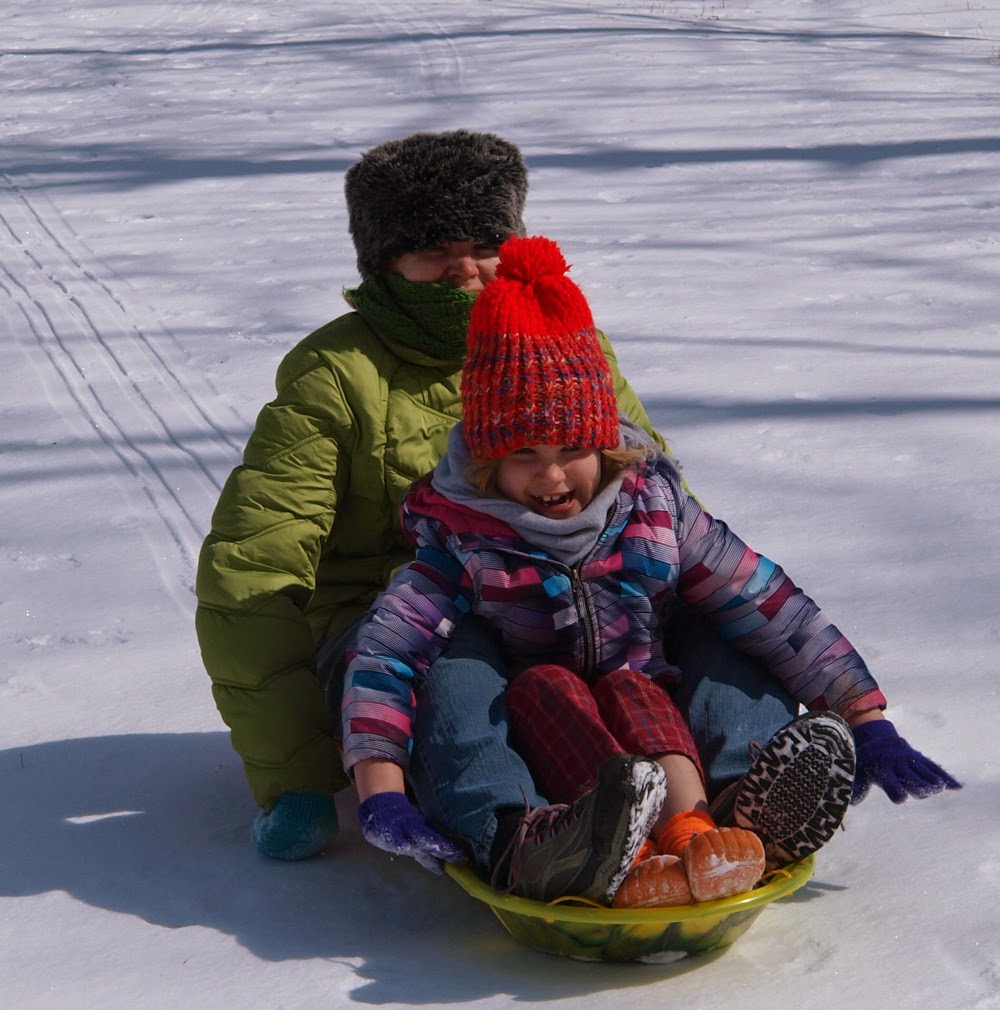 And down.. a few times.. and then back inside
Posted by RheLynn at 2:39 PM