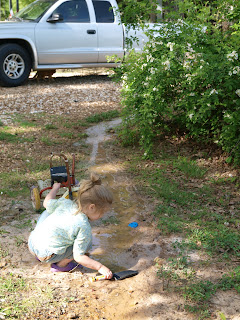 Playing by the rose bush in a little sprinkler stream 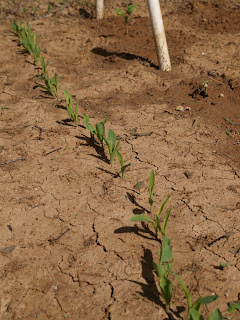 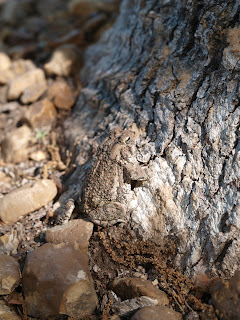 a big frog that came to see the sprinkler 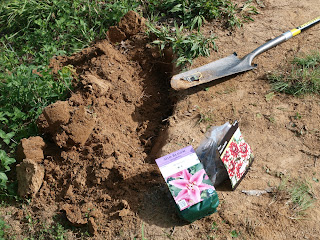 We brought Esme's Easter cake up to Grandma and Grandpa's house along with some barbeque Daddy made.  It was all quite good.  Grandma came for a walk with us to see the kittens and the garden and the lake.  I am getting some rest today but mostly Esme wants to play outside.  The kittens seem to have taken to the wet food and are exploring the whole house. Misha dog is taking care of them some.  It looks like they might make it just fine?  It might be too early to tell, still - but I have a lot more hope now for them.

garden note:  planted zephyr summer squash, a zucchini and marigolds
We are predicted to have another 'near frost' on Tuesday.  I have started my transplant tomatoes and peppers in the potting mix flats inside - we intended to start them later and put them in the ground as backups to the determinate Romas.  They should be 1 to 2 weeks to come up and a bit more to get large enough to transplant into the garden.