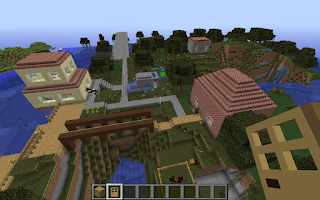 Esme wanted to start a new world the other day.  So, we did.
We still intend to continue with Freeway World, but this was a change. 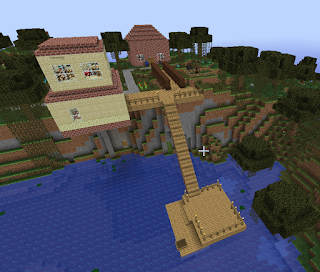 We each built a house and a bridge...and then we added a garden and a dock.
Our fishing dock in the 'magic lagoon'.  It kept returning a larger than usual percentage of non-fish items.  There is also a little library building I was putting some new books in about Astronomy, Geology and Paleontology (before we moved on to make the museum) 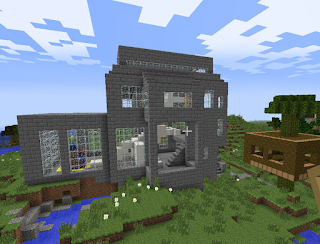 Museum and treehouse
She built the T-Rex skeleton -and I built the museum around it.
She then suggested a 'pottery exhibit' about the Egyptians. 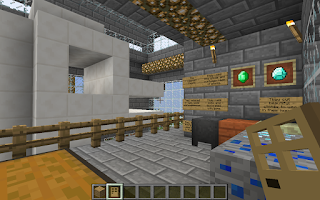 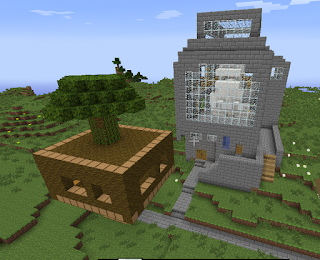 You can see the T-Rex from the outside... 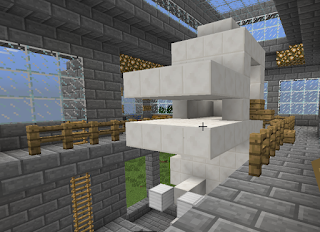 And even climb some stairs to go inside his head...hmm...not sure if that is a good idea ;)
Posted by RheLynn at 8:17 PM