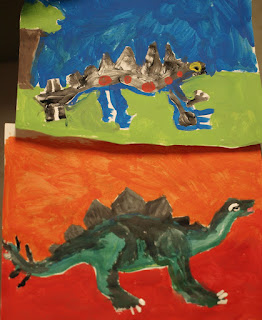 Esme and I were painting dinosaurs side by side on the easel.
Hers lives in a park, (instead of a volcano) and has great fashion sense.  I didn't want her to feel stressed to paint exactly the dino model we were looking at -and she added lots of details instead of giving up.  I think they both turned out great :)

When it was just about time to clean up, Daddy held up Columbus dog and said 'Paint a portrait of this!'...Esme said she couldn't...I said 'OK.'  (The photograph was taken later, to show the comparison for the post)  Mark had to put Columbus down halfway through (he was very embarrassed by it all) so I didn't get his markings just right...but the general idea is there. 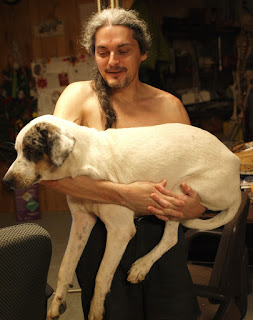 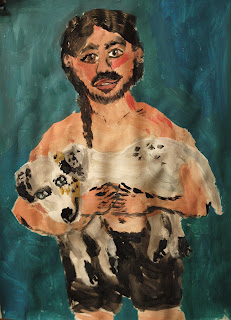