A Spaceship for Christmas, and a giraffe 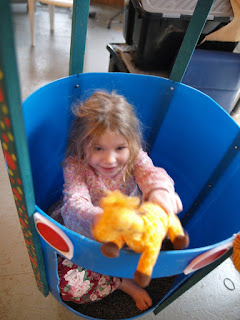 The spaceship was a hit, and the giraffe, which was in the stocking. 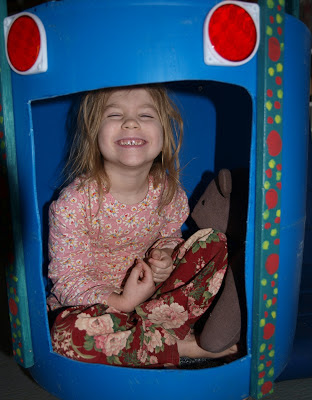 Early morning flash picture - she was so happy 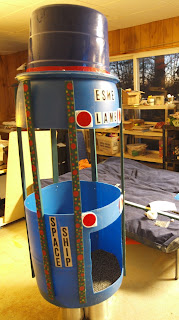 She walked up the stairs with her teddybear on her shoulders, talking about Christmas to it. She walked around the table and saw the spaceship - 'Wow', and she dropped the bear. She floundered for the bear while looking at the ship - and we acted surprised like we hadn't noticed it was there. She was so happy her spaceship was here, and it had her name on it. Then she saw the stocking with the giraffe, and an astronaut (playmobil) in it.. and she talked about becoming a big mama, tall - and she would ride in the real spaceship in the space, in the outer space - but she is not tall.. but now she can practice, and go to the moon, and kill aliens! Her sound effects were good, too ;)

Later she got out, examined the base of it - to see what it was made of, so she could sit in it and not fall down. Then she pulled on the staves, and said they were on with glue, but no, not maybe.. and the inside of the roof was cool. She touched the spots she had seen me paint on the staves weeks ago and said in one of her 'whoa this IS our kid' moments : 'And it was not expensive, Mom and Dad, they build it like a surprise, and Santa brought it, and it is space!' *blink blink* I said we helped Santa with the parts and he brought it all after that. She said she was asleep, last night, in the sleeping - so she didn't see it, but it was a great job and really cool! 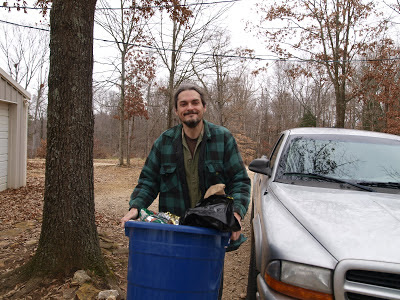 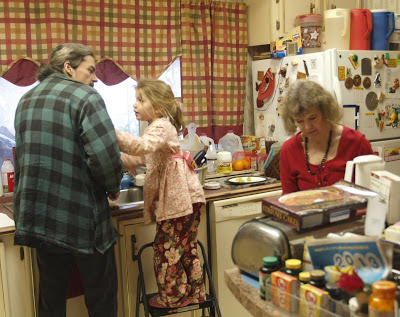 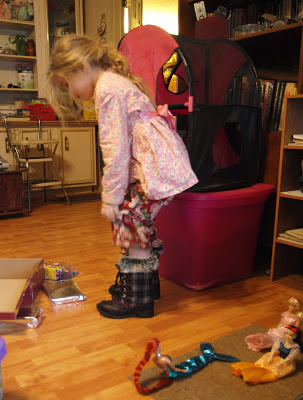 Family picture to send to my mom, who is still in the hospital. 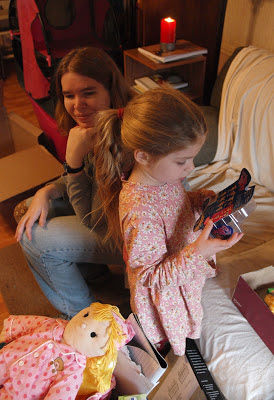 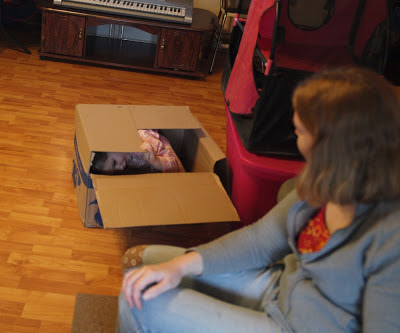 Having more fun with the box, which is natural for kids! 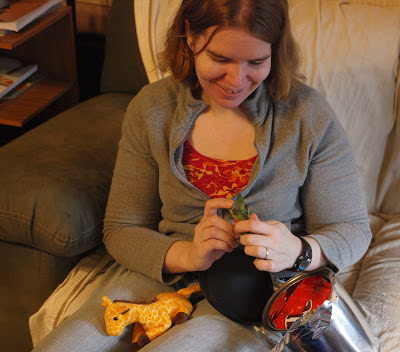 A velociraptor for Christmas :)  Thank you Mark! 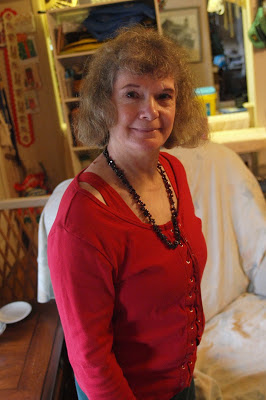 Picture of Grandma in her beautiful necklace 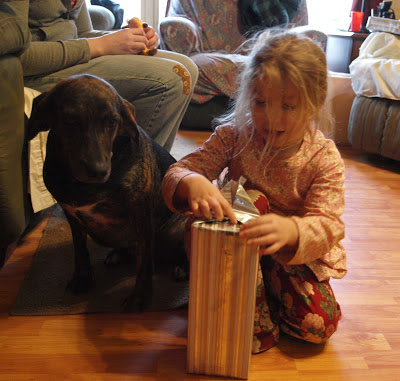 Iggy poses while Esme dsicovers that yes, she can unwrap presents herself at age 5. 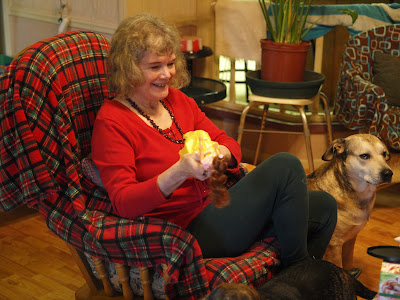 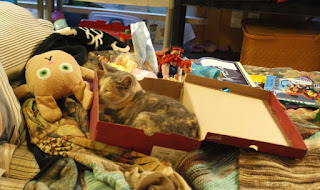 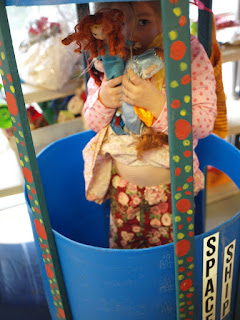 tea party in the spaceship!  come on everyone!

that spaceship, what a brilliant present to make!very cool.