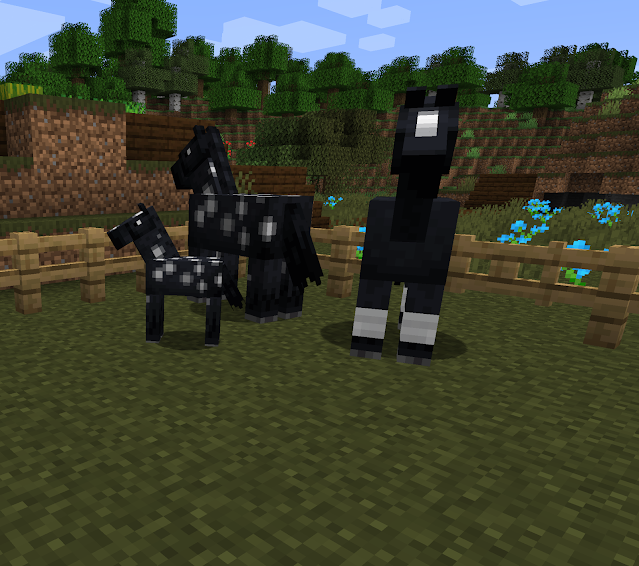 In Year 60 Saul Allen, of Meadowview Farm carried this letter from his father Alvin Allen to his cousin Callista at WestSea"

I am so happy to report to you and send this drawing of our new foal at Meadowview.  I know you will be most interested.  This is the spotted mare that I almost lost to the Creeper a few years ago!  I have to admit, though, that I have not made this progress entirely on my own.

A year ago a man came through from Kriganzy, headed to Rivertown, and he revealed to me some secrets working with the horses.  It turns out I've been feeding them all wrong for breeding... wheat and apples are all well and good but to make foals it takes gold, and lots of it!  I've been down in the mines trying to get some, traded with Kori Paltry's widow, Bettina, for some and gave her the help of Natalie and Sadie's hands in her workshop.  She says their help and the ability to teach the trade is worth more than gold - and Kori, our old Guildmaster, rest his soul, would be proud to see the next generation learning and making things.

Once I had enough gold, and knew the exact process - we had success!  All thanks to Mavic Rigginson.  Do you know where Kriganzy is?  He came halfway here by boat - had some letters from Robert and Zade out by Amularia... they are discovering a lot about mining and about the Western Sea.  I hear Tan is getting along well with his girl - she is from Kriganzy, as well.  They were off to a rocky start at first, then the twins arrived, and now he has more than he can handle but is reportedly happier than ever. 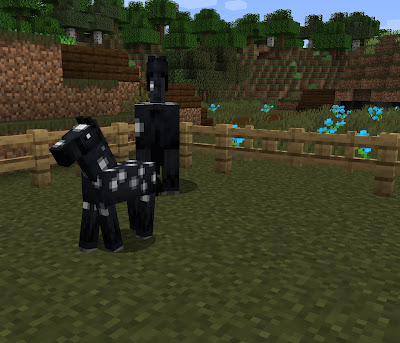 Take a look at the drawing I sent from Natalie.  I think she captured our little addition well.  'Stars' is a pretty little thing (Sadie named her), and she seems healthy and growing.  She is such a feisty little thing, running and following her mother all around the lot.  I hope you will come and see them, and perhaps Mavic, as well, as he has made a little hut here at the Swamp and has been rounding up more horses from the South.  Now, I'm not pressuring - but - if Marybelle hadn't went off to Cod Bay and married that Orak boy I'd have liked to have him for a son-in-law, myself, although I think the two of you will have a lot more in common than you think.

Sara sends her love, she's out fetching the girls right now from Rivertown.  They have been hanging out too close to the Gorge wall... that orange color just draws them like bees to honey.  Slap Alex on the back and remind him not to follow any old maps.. I still feel a pain myself sometimes when I look at that hill.  I'm glad he has Alisa to keep him together.  Sara sends her love to Alisa, too - and says to let her know sooner than later if she'd like a visit this year.

P.S. I have sent a letter to your father, as well, by way of Alan Kenzie, on a different matter to do with Vanter.  But - I hope to see you soon!

P.S.P.S Please send Saul back in one piece.