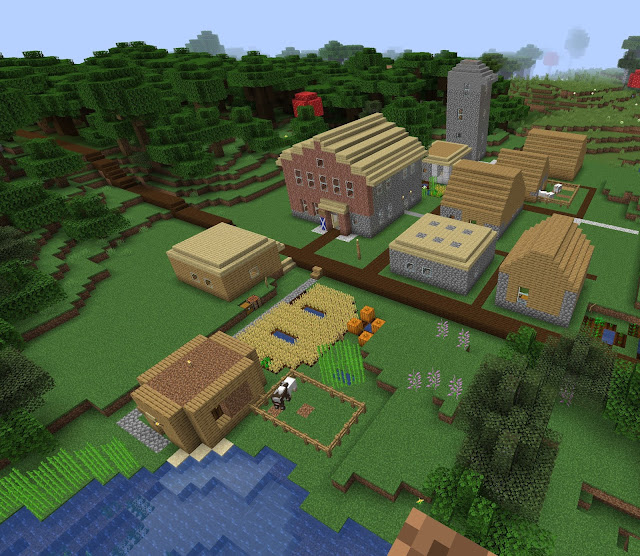 event: Chased by pillagers while on an expedition to Piper's Cove to ferry sheep from Sam Sevier.  Sheep were killed by wolves.  Benjamin escaped with his life by furiously building a small mining guild building and using the wool from the sheep to make a bed.  He mined and snuck out through multiple doors (instead of windows) to cut wood and scout.  Pillagers hung around for quite a while.

Afterwards, Benjamin was awarded the land plot in year 35, at the same time Charles Robinson was awarded nearby Cambrey.  Both of these were seen as good waystations if pillagers or other monsters caused trouble in the future.  Benjamin and Thomas Benson (Benson's Pointe) took an expedition to the East Native village to trade for emeralds.  Upon returning, Benjamin was building the Bank of Ravenna, when Rorik Eastham, an East Native villager, struck a deal to help him with construction.  Rorik moved in and brought his wife Anya and daughter Bella.  Bella and Benjamin were married soon after (year 40).

Benjamin took at least two trips to Piper's Cove to trade for glass, blue wool and other necessary items during the beginning years of the town.  He traded an emerald to Kallum Allen (big money, but the iron Benjamin had was necessary for tools) for 128 blocks of glass, and 'all the blue wool we might request in building the bank'.

Perry Pippington, Benjamin's younger brother, arrived from Rivertown, visiting the East Village, and becoming enamored of a young Stella Eastham, niece of Rorik.   Conor Eastham, nephew of Rorik, brother of Stella, agreed to the match if he too, could move to Ravenna and build his own house.

During year 42 there were at least two babies due to be born.  Benjamin recruited Melody Whiteacre, a doctor working in the Northern Remnants (North City) to come and start her sheep farm and clinic in the new town.  Although the trenches of the stricken area were challenging and rewarding, Melody was getting ready to settle down and found the idea of farm life tempting enough to go cross-country in a small boat.  She not only built her own house, but brought in wild sheep against several wolves from the forest, as her original black sheep was killed in the crossing.

Conor, Perry and Benjamin all helped build the clinic at the same time they were building other houses in the area.  Andrew Burke, a member of Perkins construction from Rivertown, answered the advertisement for 'roofer needed' and built a four story tower in the town, as well, to perform his lookout duties for Pillagers. 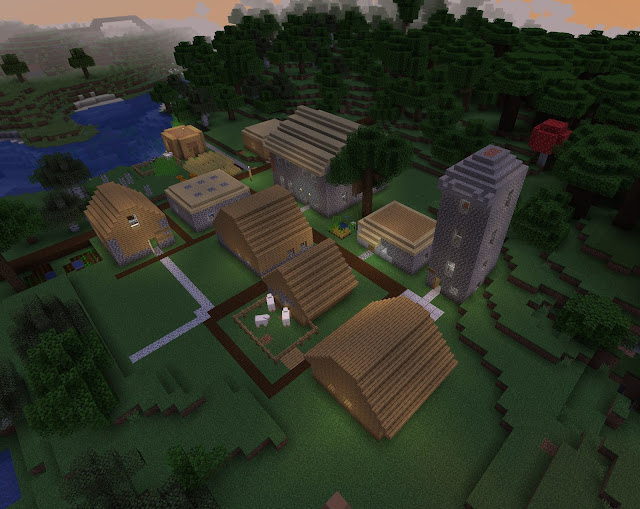 From some off-comment made by the Pippington brothers and Andrew, Conor disappeared for more than a week, leaving his house entirely empty and work unfinished.  He returned with a blue flower in his lapel and smelling of honey.  Two months later, after more disappearances, he married Cora Robinson and brought her to Ravenna.  We hear John Robinson has finally, after 25 years, finished the roofing on his third story tower.

Andrew insisted that after his tower was finished he would help build a school 'for the young ones that are all coming in like fish in the stream'.  Ravenna School was built across from the clinic and tower and has nine desks.

Hearing about the school and clinic, and probably at some urging from Andrew Burke, the Gordon brothers (Andrew and Mack) have separated from Perkins Construction in Rivertown (year 44) and started up their own business here in Ravenna.  Their initial plan has to do with alternative furnace products - but 'Andy' Gordon has been trying to show some composting techniques he had learned in a Southern village.  Their main employment is with the mining guild, pulling in large quantities of stone, shoveling dirt and leveling the area East of town for further development.

Year 44 - Word came of a devastating illness spreading through the far off town of Rosered - well beyond the East Native Village (Eastham) and Vanter, almost all the way to WestSea.  Melodie had to wait for James Pippington to make his way into the world - as he was giving his mother a lot of trouble, but then a medical Expedition was mounted to try to help solve the problem.  Benjamin Pippington and Conor Eastham took Melodie and all of her equipment on the long journey, fully knowing they might also contract the disease or bring it back to their families.  Benjamin's daughter Astrid was two, and Conor's own son Henry was only a year old.  But odds are things could get even worse if someone didn't help.  Melodie had her training from North City as a medic, and put it to use in the town once they had arrived.  She tried hard but still lost one young boy, Timothy Claymore, before discovering the proper remedy.  Maisie Daniels (nee McElvaney), daughter of the founder of Rivertown, also succumbed to the fever, although her family at WestSea survived.  Many others in Rosered recovered, and the resulting illnesses for the rest of the year in Rosered and Ravenna both were mild and easily treated.

Year 45 - Mack Gordon proposed to Melody Whiteacre.  She turned him down, it had been such a hard year!  But that didn't stop him.  He has made himself very 'useful' and started a large field of wheat doting on the sheep and even planting watermelons which he traded for in Cod Bay.  On his way back from Cod Bay, he pulled a wild cow out of a pit of water and brought it to his farm.  He convinced Bella Pippington to give up her one cow 'for the time being' and he would return with a calf, and hopefully also begin a supply of milk for the town.  He has been successful, although Bella was in tears when her pet sheep - Ronnie - the first wild animal that had been caught here, got out during the cow transfer.  It was quickly recaptured, but there were many tears.  Later that week, Mack captured a wild sheep in the woods to keep Ronnie company.  His wrangling skills have not gone unnoticed. 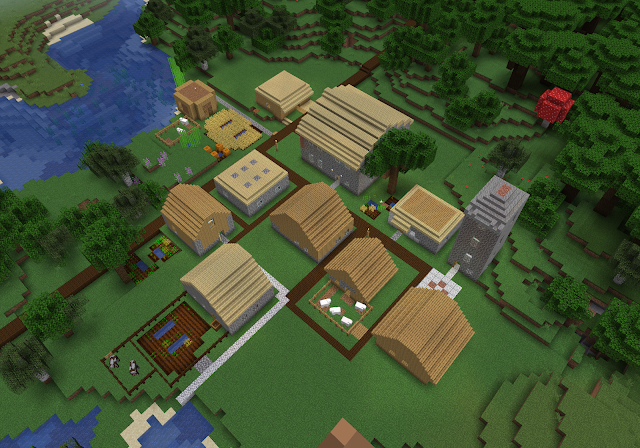 In mid year 45, after the birth of 3! babies in the village, and after a few late night calls for torches and other assistance, Mack has once again proposed to the good doctor.  He was feeling much more confident of his abilities and accomplishments, and this time, she said 'yes'.  They have married and moved into her house across from the clinic, while he continues to work on his fields and breeding cows.  Andy Gordon has been successful in building the compost bin, and his brother is helping him with the new technique of composting excess saplings, seeds and sugar cane into bone meal to be used to quickly grow melons, pumpkins and in potions and dyes.