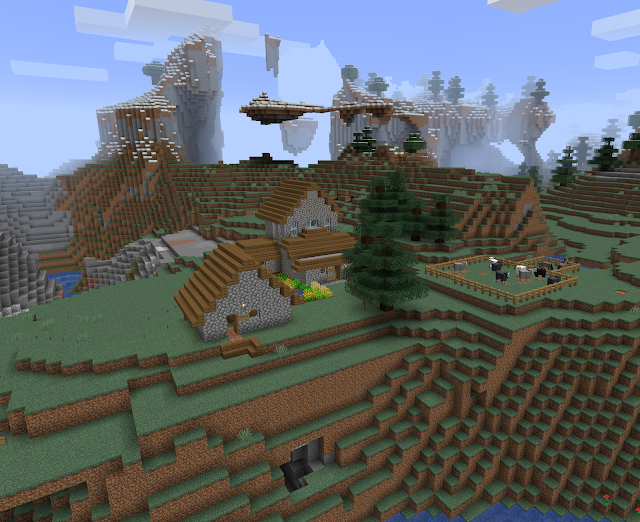 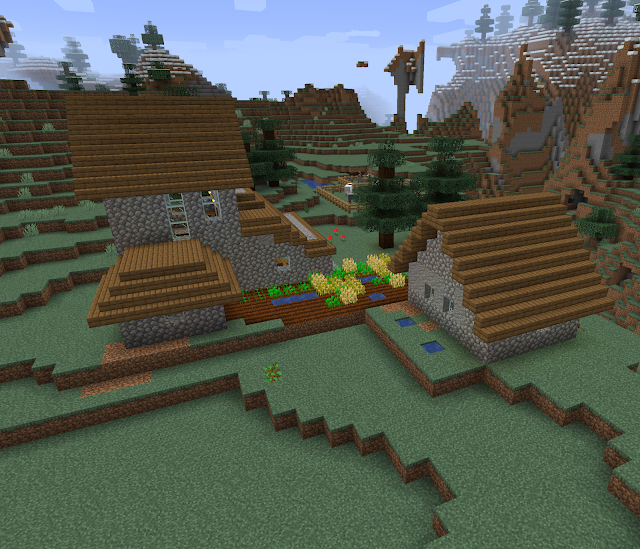 When an Eastham boy goes walking, or rowing, in this case... his little stroll is probably going to end up something more.  Much more.

David Eastham was looking for a place to build a house.  His neighbor Gregory Robinson had just built a big stone house in front of the mine, and Greg's brother Victor was thinking about where to build, as well.  David looked at his prospects, three younger brothers - and decided he was going to take a stroll down into the valley and see what he found.

He found the Firetongue river.  He'd been there before, but the rumors of lava coming out the other side of the mountain had scared him off before.  Now, he took a little boat down the river and found the lava stream coming from the mountain.  And, against his better judgement, he reached out with his bucket and captured the entire lava river.  It seemed like magic - watching all of that light diminish into his one indestructible fire-proof bucket.  And then he climbed up to the top of the plain opposite Table Top and sat there thinking.

After a bit, he was hungry.  And Cambrey was a long way away.. although he could see the lights in the distance just beyond Table Top... and now the sun was starting to cross the zenith.  He dove down into the river a few times - after depositing his lava in a hole on the plain - and caught some salmon.  When he came up the second time what he saw and heard took his breath away.

A girl was sitting on the edge of the hill with her hair twisted up in knots, and she was laughing at him.  She was laughing at him so hard, she almost fell down the hill into the river with him.  The more he looked at her and listened to that laugh, the more he wished she would fall down into the river with him.  Instead, he made small talk about the time.  With the sun coming down she told him the Aryl village was just beyond the pass there, and they should get indoors before monsters began to roam the valley.  David took one last look at his lava - shining in the dark - and followed Elza to the last house in the village, one so far in the woods he had never seen it before.

Over the next few months David returned again and again to work at building fence and capturing sheep on the plain - which he began to call Ellsridge - for Elza's Ridge.  Elza would come to watch him work, and laugh as he wrangled sheep.  He began to strip the cobblestone from the upper part of the plain and build a house.  Elza gave him pointers, making it more like a native Aryl house than anything David had seen before - but still unique.  And then David popped the question and asked Elza to move with him to Ellsridge and be his wife.  It was the first time he had ever said the name of the farm out loud to her, before.  "What took you so long?", she said.  "You do realize we've been building a house together for three months?  I would have thought you had the idea by now..." and then she fell down laughing.  They put up their sign and carved 'Year 62' on it above the door of the Ellsridge store.

They have built a store there and are selling spruce products, wool and working at filling a garden full of food for a growing family.  David took a trip down to the South of Aryl village looking for the brown sheep heard Omri Bevanson had found - and brought one back of.. a few years earlier.  Instead of sheep, though, David found two donkeys!  He struggled them back to the farm, having to chase one of them up and down the mountain as it just would not walk across the narrow path.  Once he got them to the sheep pen, David tried with all his might to push the uncooperative creatures into the pen.  In the process, six of the nine sheep in the pen scattered out onto the plain.  David cursed some, but continued to push the donkeys into the pen and then proceeded, as the sheep really weren't going too far away, to build a separate pen to hold the donkeys in at a later date, and to expand the sheep pen.  Then, after a full afternoon of lassoing, yanking, and coaxing with wheat - David got all of the sheep to come back home. 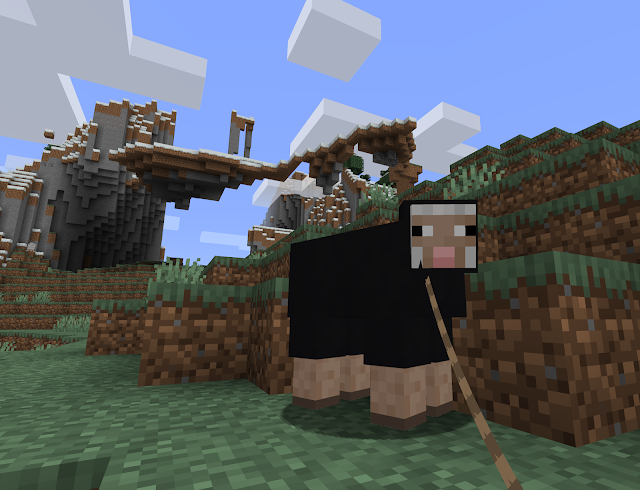 Well, almost all of them.  Elza was doing a head count and said 'The black sheep is still missing.'  David sighed, put his boots back on and went out to look for it.  He finally found it at the top of the mountain plain and slowly led it back home.  NOW all of the sheep are back home.  "Maybe we should just go ask Omri to breed us a brown sheep," Elza said.  "You're probably right.  It would be so much less trouble."

Speaking of trouble, David had to go and build an extension onto the room on the left side of the house.  After the third daughter, Tanya was born he could just see it coming - three beds barely fit in that room - Sarai and Mika already were fighting over the space they had - and there isn't any room for a whole extra story.... So to make sure there will be plenty of room for Eastham daughters (poor son Lock - the firstborn, but his room is on the other side of the house and well big enough for him) and perhaps a little less scrabbling.  But I have to hand it to him, anyone who can drag two young donkeys home across the Aryl plain and up into Ellsridge?  They probably have a little fortitude and patience beyond the norm... and it all started with a stroll and catching a little fish in a bucket.