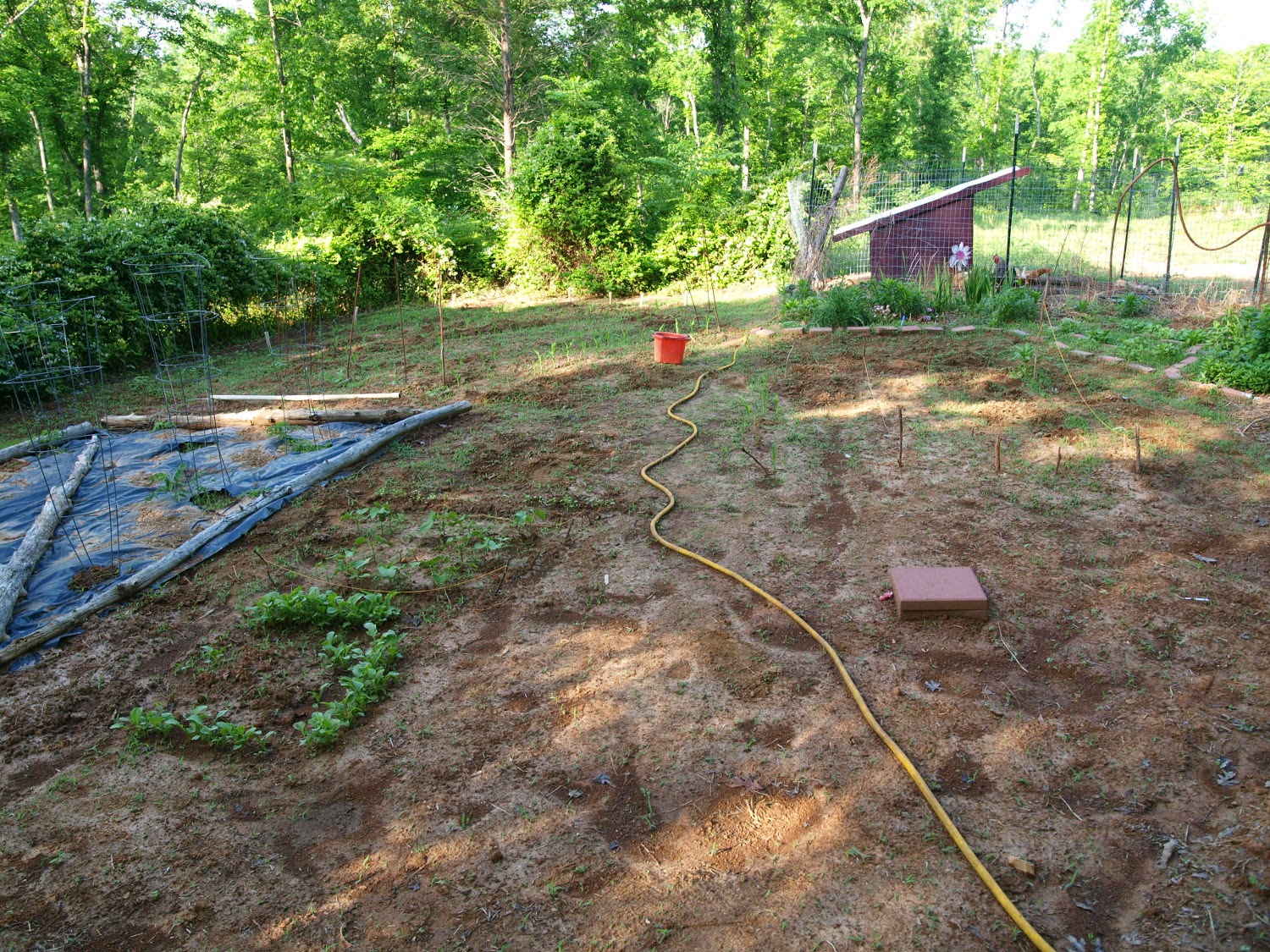 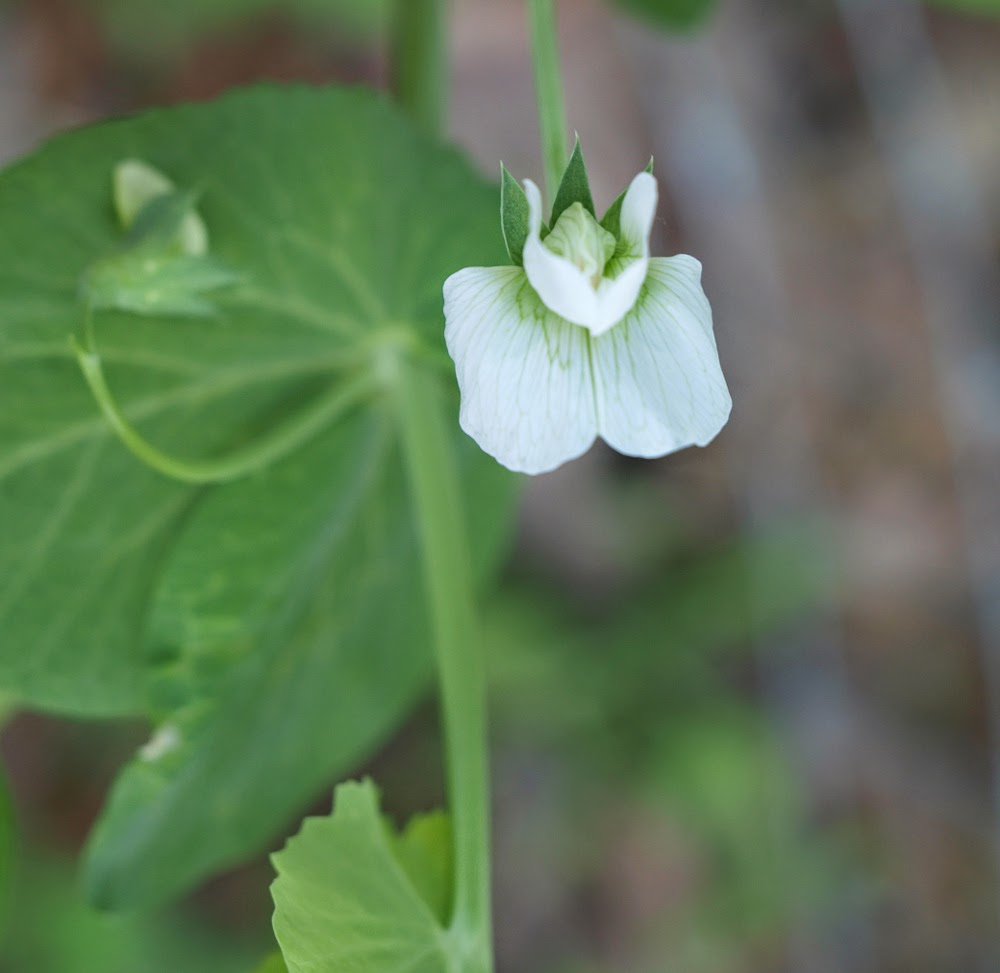 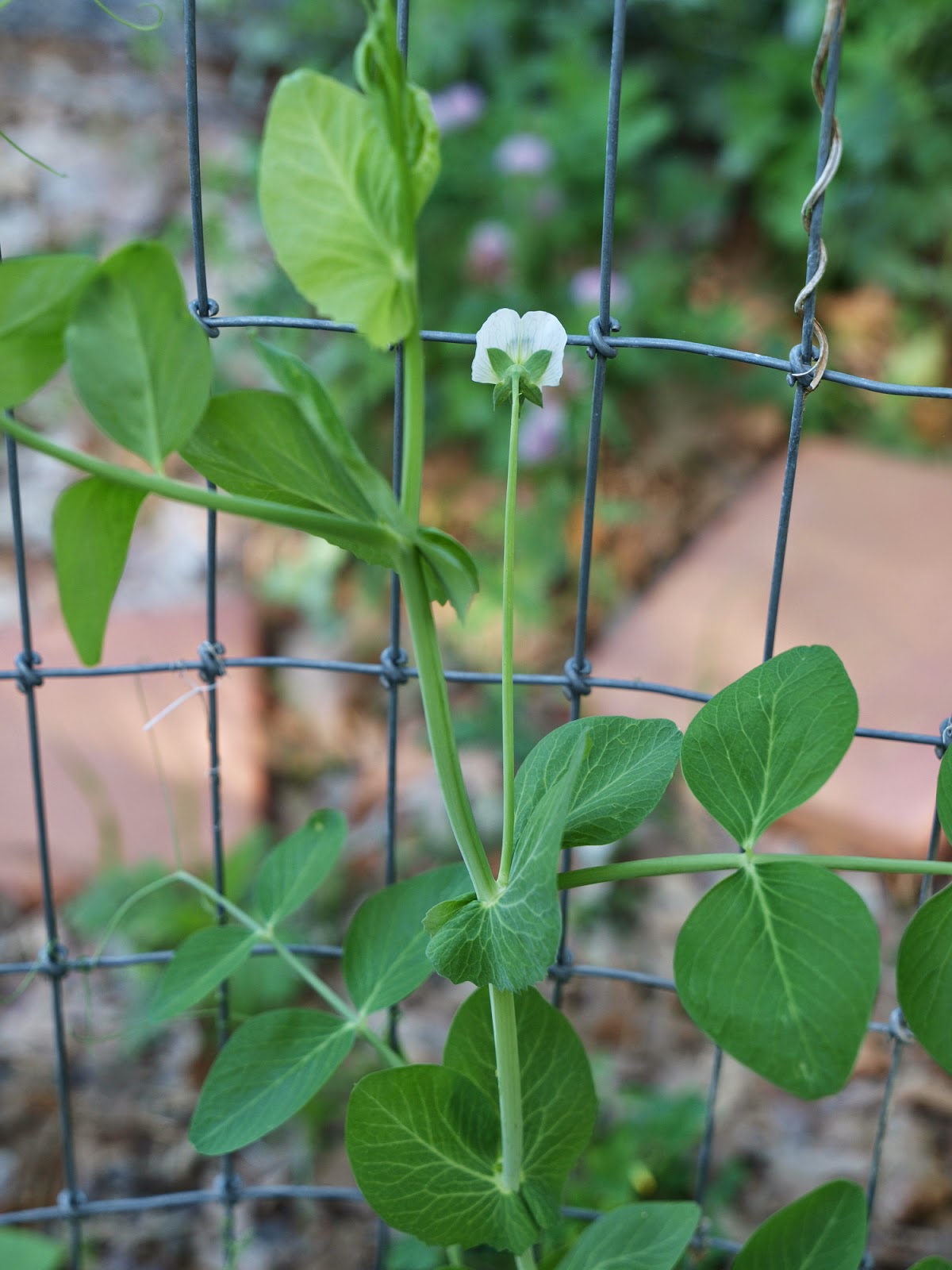 The sweet peas were blooming - Mark pointed them out to me yesterday.  I did the math, it has been about 54 days since I planted them - which was March 18th.. although they seemed to take forever to come up.  We have bits of okra, squash, cucumbers, sunflowers, green beans, radishes, mustard (for the chickens, mostly), kale, marigolds, corn and gourds coming up.  There was a lone nasturtium.. I might need to buy another package of those.

It was a sweet Mother's Day mostly - although I had to work in the morning until five pm..  Mark and Esme met me at work, which always makes me smile - and we bought a plant for Grandma (and one for our garden, too).  Mark presented me with a new pancake turner and some cucumbers to make my cucumber salad with.  We had bought some last week and they had gotten lost in the car from the grocery store .. the chickens enjoyed those.  Then we went for ice cream sundaes and home to plant our plant and work in the garden a bit.  Then it was time for our usual battle of the bedtime with Esme.  She was particularily sad and upset because I had let her take a long time bathing and then hurried her to bed.  She hates to be hurried.. but sometimes it has to happen in life.

She got up early and mostly happy to have slept, and got off to the school bus.  Her cough and Mark's have gotten a bit better - but it is going back and forth kind of.

Mark told me a story about her yesterday.  She came in with only one of her shoes - and said she couldn't find the other one.  She had taken them off to play and then came back and there was only one.  He told her to go look for it - and not to 'take shoes off to play' anymore without putting them up somewhere she can find them.  She came back and said that Minerva had her shoe - she didn't have it, and then she turned around and she did have it and was chewing on it.  I wonder if that was the end of the black shoes - as I saw her in the pink ones when they came to get me at work. 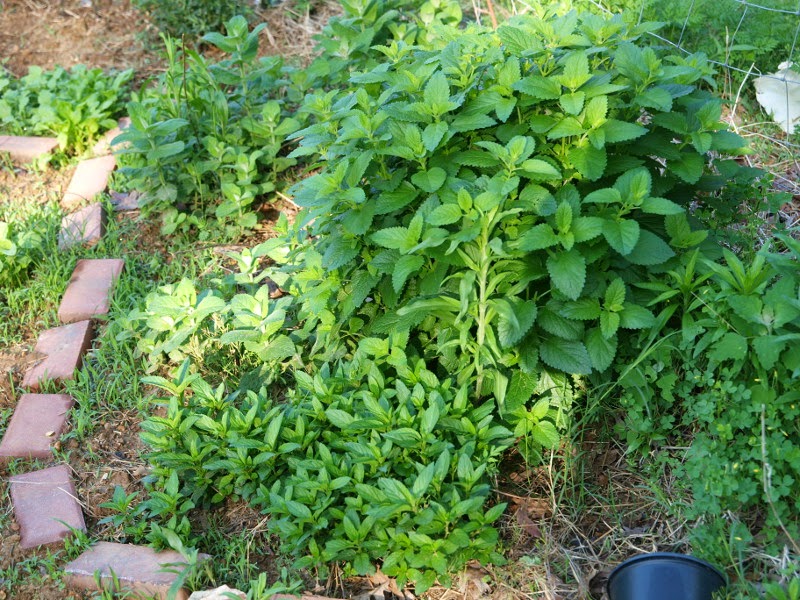 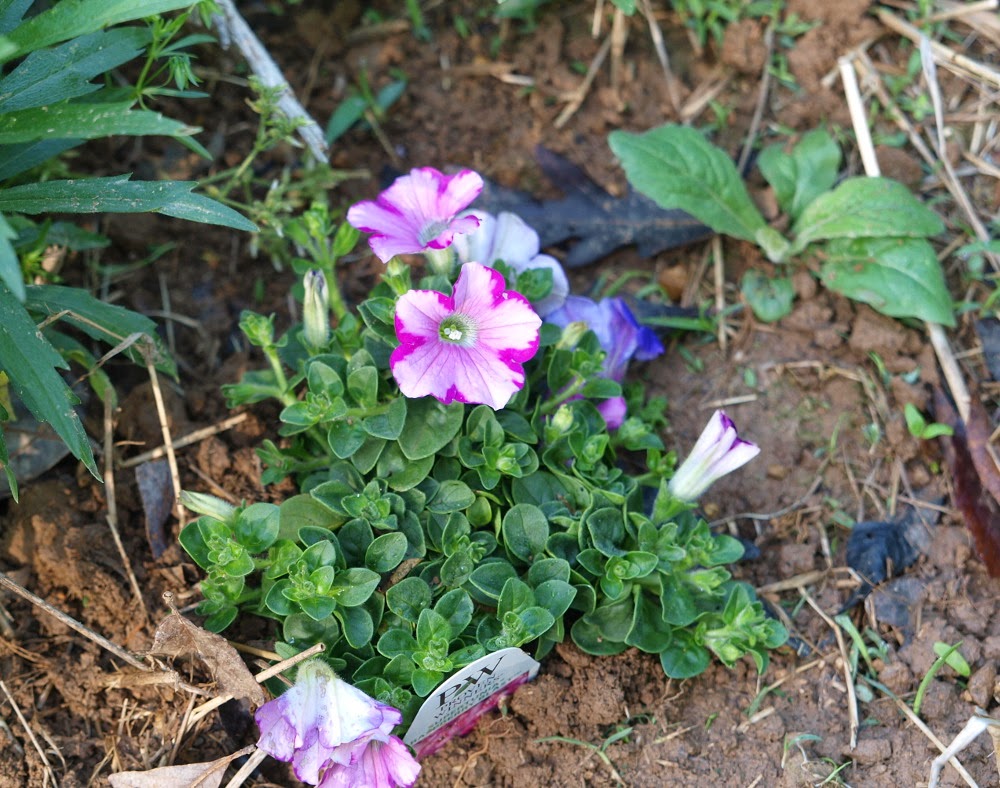 The petunia Esme and Mark gave me for Mother's Day

Going out to the garden to get a picture of the sweet pea - and plant a few extra seeds.  Still planning where and how to put up some more bean fences.  I was sorting my miscellaneous jar of grown beans (ones that came out of our garden at one time or another these past few years) and that was why Esme was in the bath for so long.. I was in the kitchen using the good light to sort one brown oval bean from another oval brown bean with stripes etc etc... silly I know - I do these things.

I'm going to spread the love today - bringing a bag of the blue black shackamaxon beans to a friend at work.  She had come into work and I had helped her with her PVC plan for bean fences, which was inch and a quarter pvc pipe, cut to 8 foot lengths, and the extra end pieces put on elbows with couplings between them.  She pounds these upside-down U shapes into the ground and puts welded wire fence on them for the beans to grow up.  I was thinking more traditional tipi styles...but not sure what to make it with yet.
Posted by RheLynn at 6:08 AM