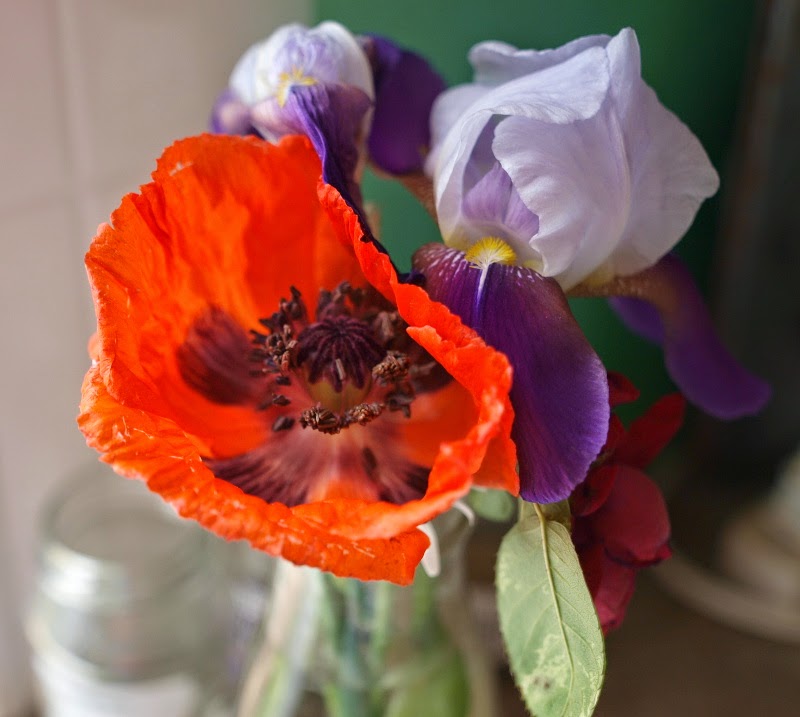 There  were other things I could have done with my ambition today - but there wasn't as much of it as I had planned for.  So I talked myself into playing with good smelling leaves.. which wasn't that hard to talk in to (as it was for cleaning or sewing today) as I had thought it would be.  I put on my shoes, grabbed some scissors and went right out. 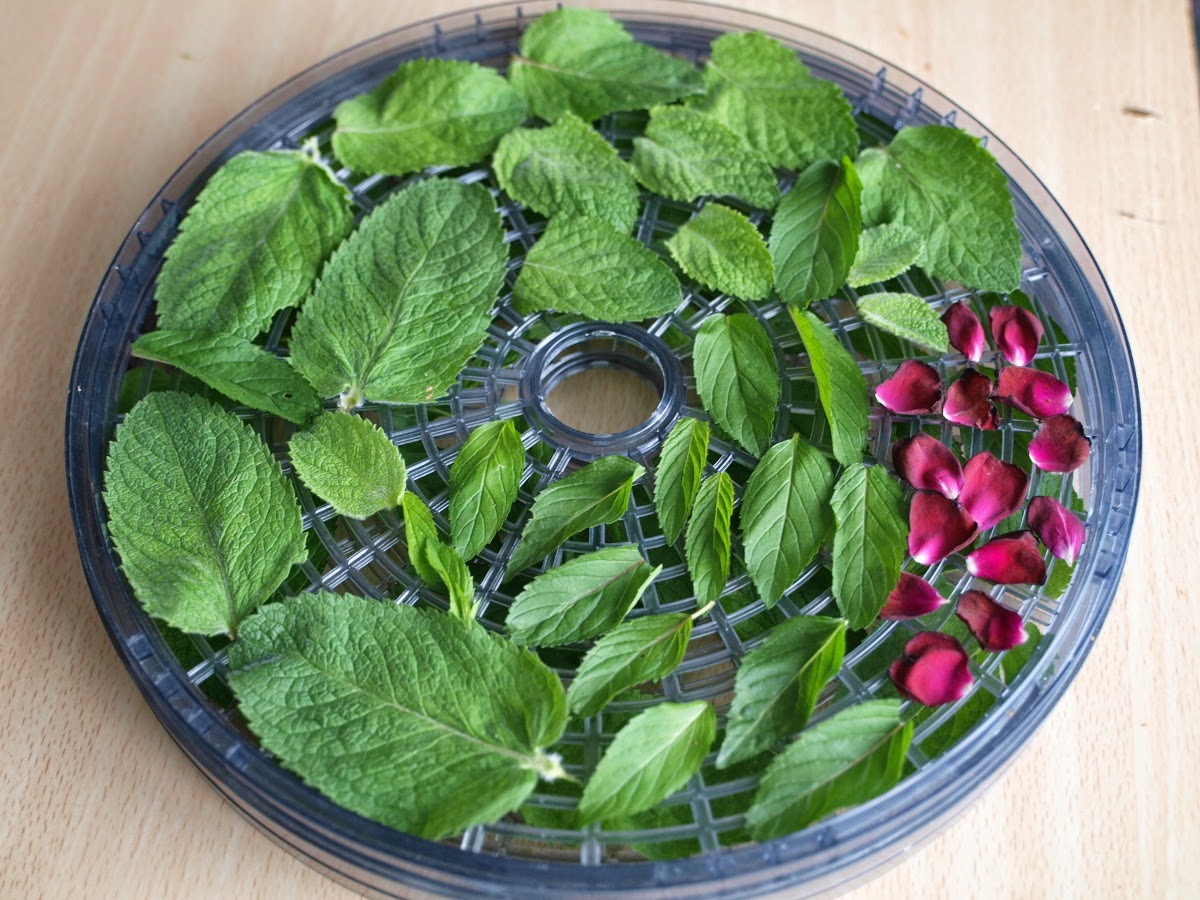 There were two trays of mint leaves, and a few rose petals that had drooped on the roses in the vase above.  The large leaves are apple mint, and the small ones are classic peppermint. 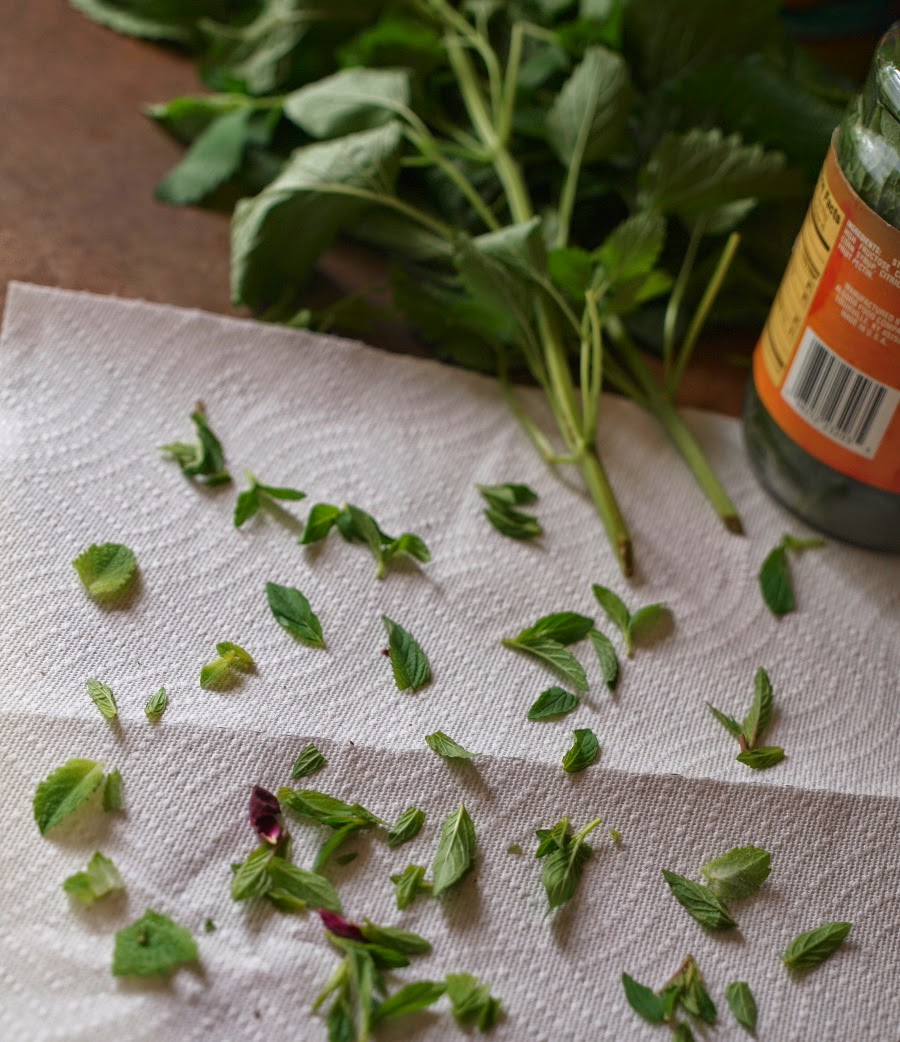 I learned a while back to save the smallest bits of leaves and wrap them up in paper towel to dry.  They are actually the most potent - and add a lot to the resulting dried mixture. 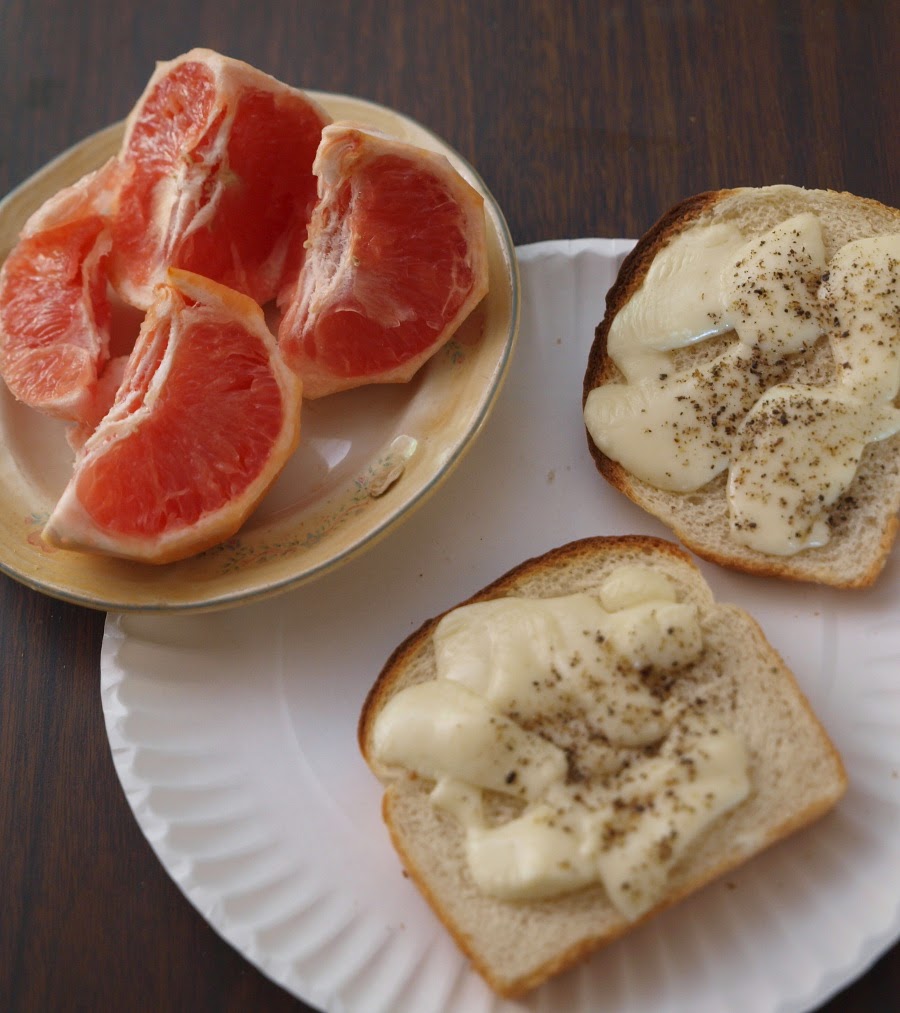 Lunch of grapefruit and peppered mozzarella on toast

The biggest reason to go out to the herbs was for the lemon balm.  I had read somewhere that you could make a facial cleanser with witch hazel from the store (sold by the peroxide and rubbing alcohol) and lemon balm leaves, steeped together for a few days.  I had smelled the grapefruit in the store and Mark said I might be able to use the peel of the grapefruit that way, too - and I saved the peel and put it in a separate jar, covered in witch hazel, as well.  I'll at least have some nice smelling witch hazel, which is a good cleanser all by itself :)  But I looked up the combinations and apparently they are being sold by salons that way.. with other things like aloe vera and tea tree oil in them.. which I happen to have a large aloe vera plant and some tea tree Bronner's soap, as well...
Posted by RheLynn at 12:26 PM