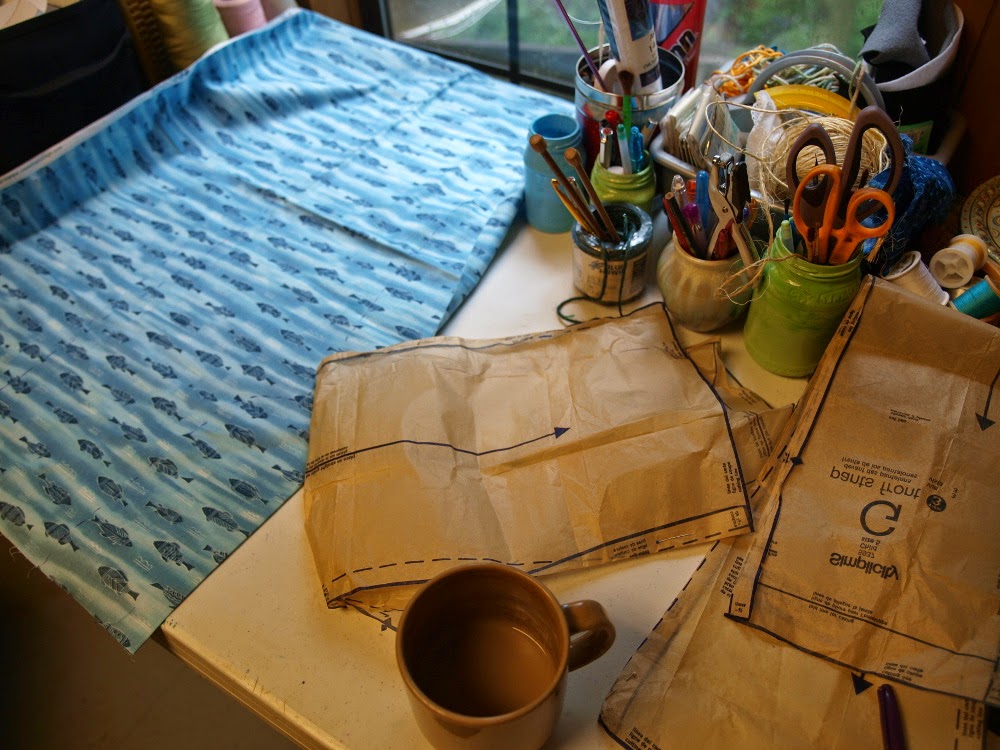 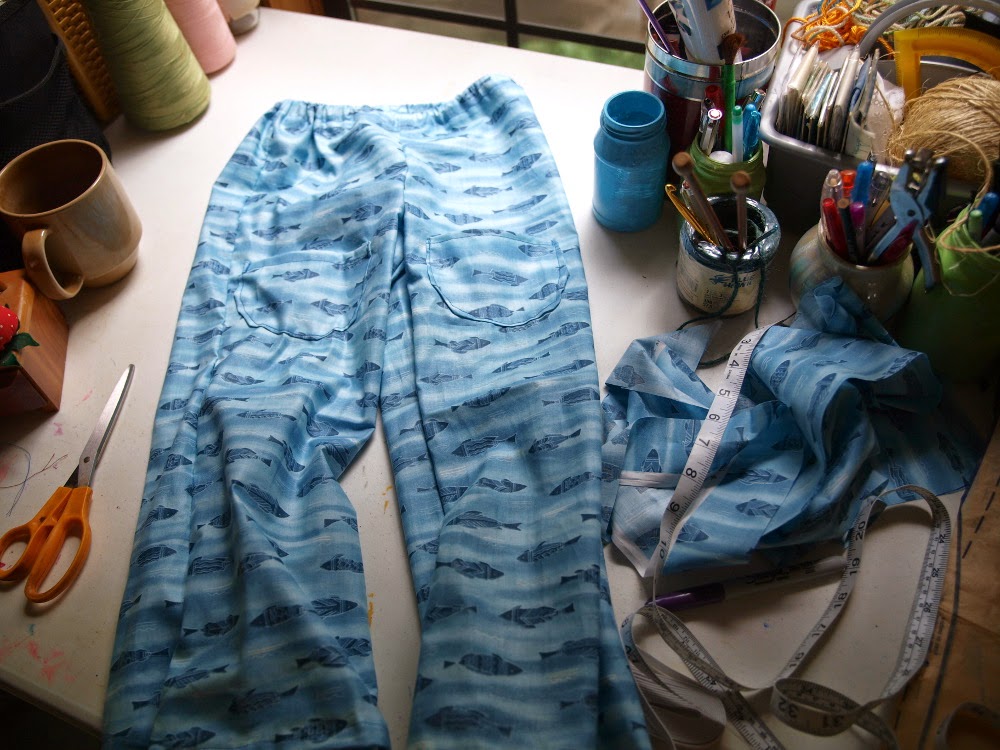 double pockets
22 inch elastic, joined down to 20.5 inches, with 26 inch hemmed length.
About 5 or 6 pairs of these will make a good start for school wardrobe.

I got up this morning and had been doing several things in the kitchen and bathroom - decided it was time to wake Esme up before I go to work.  However, her light was on and she was not in bed.  She was in her spaceship drawing small glyphs of turkeys and other things in pink chalk.. 'There's no little girl in this bed.'  'No, *giggle* I got up early!'  This is the child that is usually at my bedside first thing I wake up saying 'Good morning!'

Mark said he gave her a 'double bologna sandwich' today, with a piece of bread in between the two slices of bologna.  She said to him it was a double AA triple AAA battery type sandwich - with three pieces of bread and two pieces of meat just like the As.

Her math skills are very good.. she has been adding up her eggs every week on Saturday or Sunday, and getting her allowance.

The other day we were in the house while Esme was outside in her pool with the impact sprinkler on the end of the hose.  She had it weighted down with something on top of the wellhouse spraying water at her in a jet, filling the pool.  We were both getting eaten by bugs and went inside after a bit...  We happened to look out at a certain moment and she had Tink, the black kitten, held up and water spraying on both of them!  The kitten was resigned - not terribly upset..but looking away from the water.  I popped my head out the door and asked her what she was up to, maybe Tink wouldn't like that!  Then she reluctantly put him down, he took two steps away, and shook water off of himself.  He looked slightly offended, sat down to lick a paw, and then hopped around the area back and forth like a spider monkey.  Apparently he wasn't quite as upset by that ordeal as I thought he might be...

She has been sitting in trees with this kitten, as well, having 'Indian parties.'  She always wanted to name him Tinkerbell... but he is a boy.  So, I'm not sure if this is a Peter Pan and Neverland pirates thing or...  She told me Tink has some Indian in him, just like her.  The other day I was in the garden and I hear 'Mom, come see me at the Indian Party.  I'll wait for you.'  Then, less than a minute later - THUMP -followed by .  'I'm OK!'  She is going to look like a warzone when she goes back to school.. we've been talking about it, scratches on her legs, dirt everywhere, cedar needles in her hair, sunburn... I know she wont' be the only one, but I can't keep up! 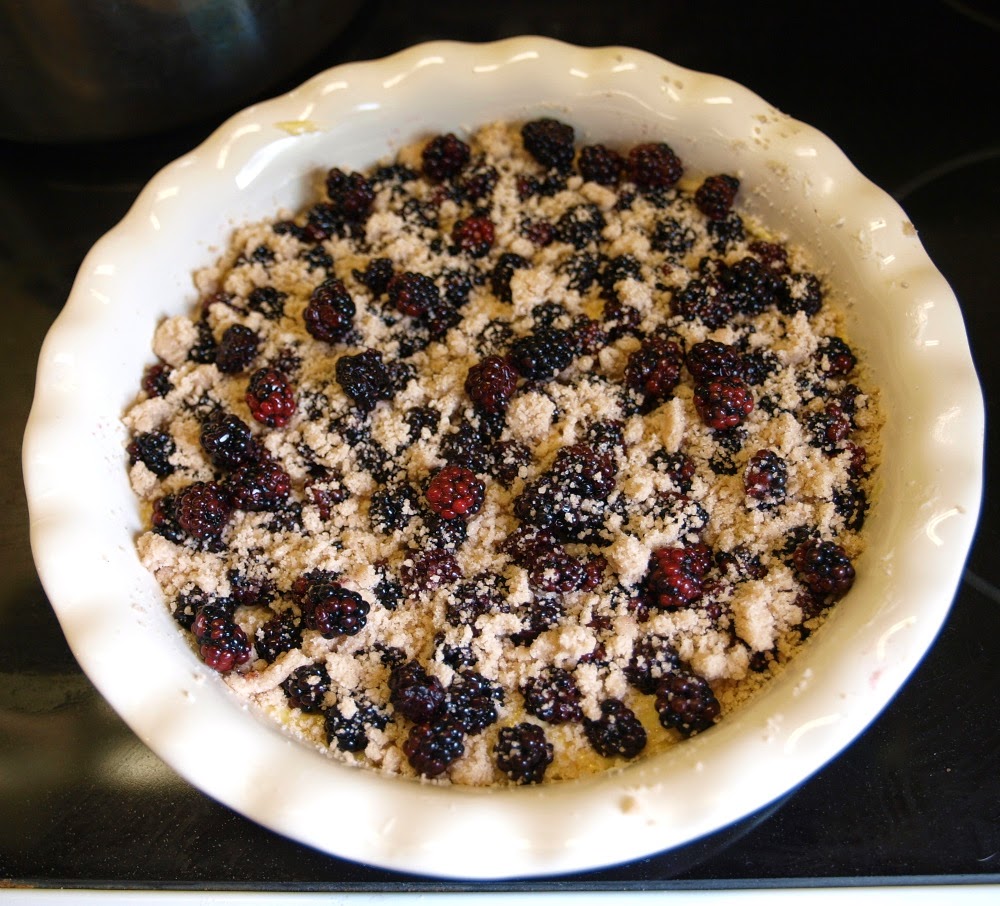 blackberries in the blueberry cake recipe...
Posted by RheLynn at 1:54 AM