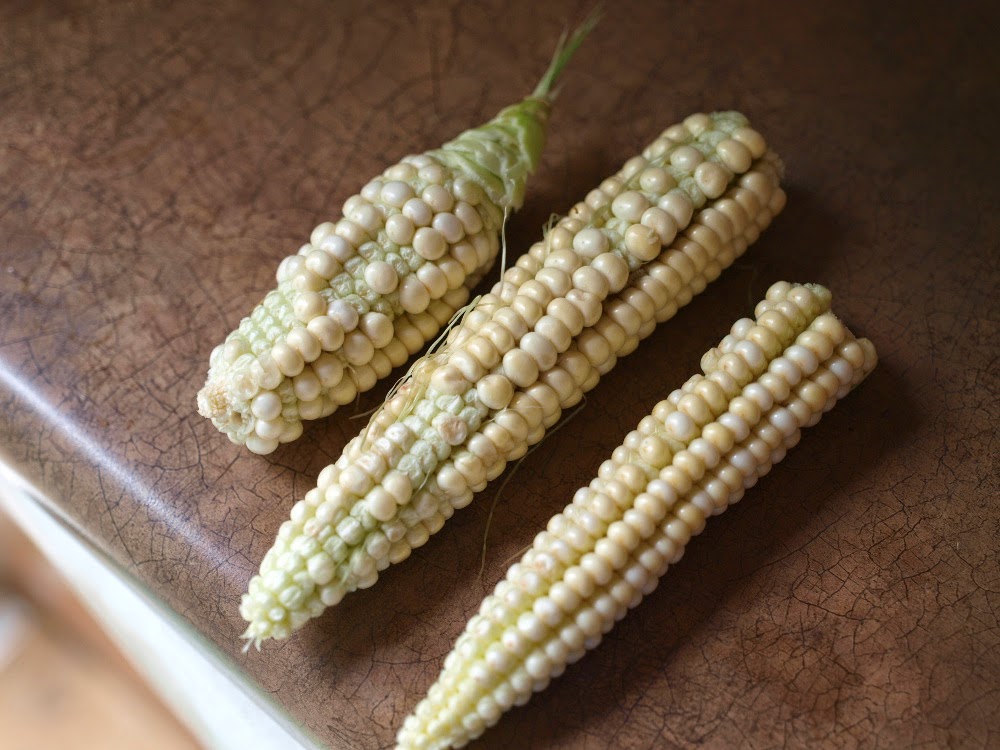 first ears of sweet corn - actually our Mandan Bride flour corn that was taken over by the other's genetics way too early... it's lunch now. 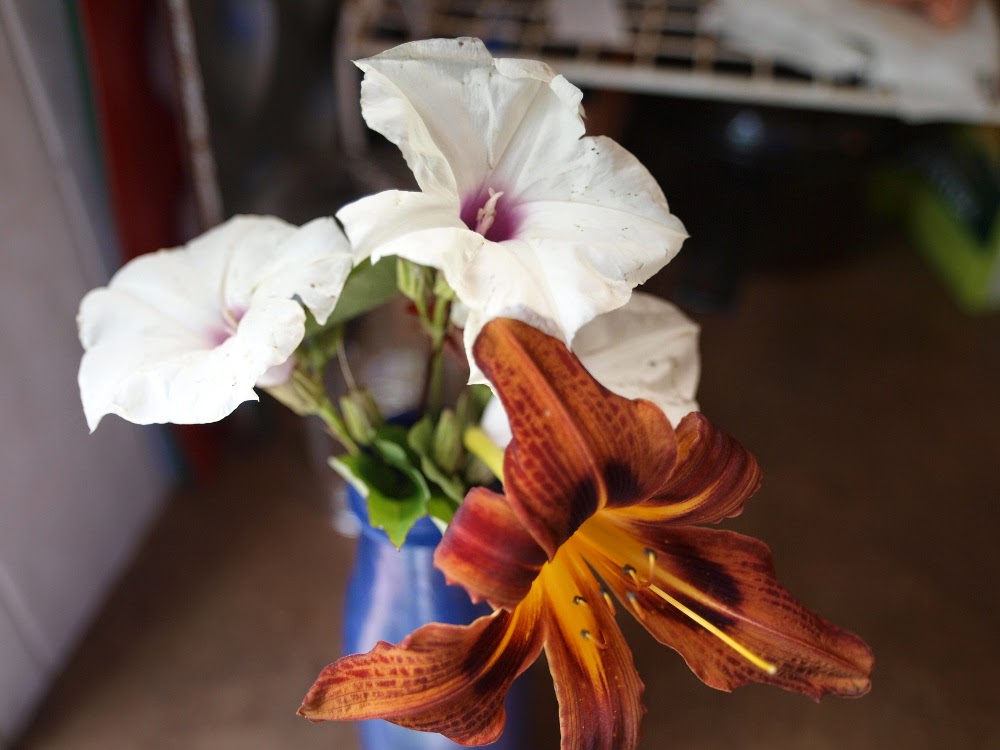 Moonflowers from the woods and daylillies from the yard

Esme is inviting me to come blow cupcake bubbles in her bubble jungle in the land of happiness, which includes puppies and morning sunlight.  I have to work late tonight.  She has been playing in the sprinkler every night after dinner.  Last night while she did I told her the last epic battle in the Harry Potter book and she really listened with huge eyes - I 'retold' it, instead of reading it out of the book, to just catch the biggest points.  Then we watched the movie from start to finish - and she pointed out the things I had told her about in the book and vice-versa.   After it finally ended I was extremely tired, having went to work at 6 in the morning that day...

I have a few 'tiny bits' to do today in between bubble visits and balloon bomb disarmaments... which was what started my morning today.  I was given a shiny helium balloon and told it was a balloon bomb and it had to be fixed so it did not blow up.  My tiny bits of what to do include  a pair of pants for her out of fish fabric - a bath, coffee in between all the cracks and getting lunch soup ready for work.  Very sleepy still - so we did not do the flea market this morning... and it helped by raining some so it probably wasn't a great day for it, anyway.  Yesterday I got two tiny pattypan squashes (things from outer space Esme says), green beans, another long radish and two small zephyr squash.

The Shackamaxon beans on the vertical fence are beginning to produce in the upper middle area- probably the only area the bees are most interested in because it is so crowded and wet and there are lots of other flowers and squash/cucumber flowers to go to instead.  Our tomato plants are breaking under their own weight - even with the cages, in some places, travelling in others, and basically getting ready for the hot weather to explode into ripening.
Posted by RheLynn at 7:30 AM