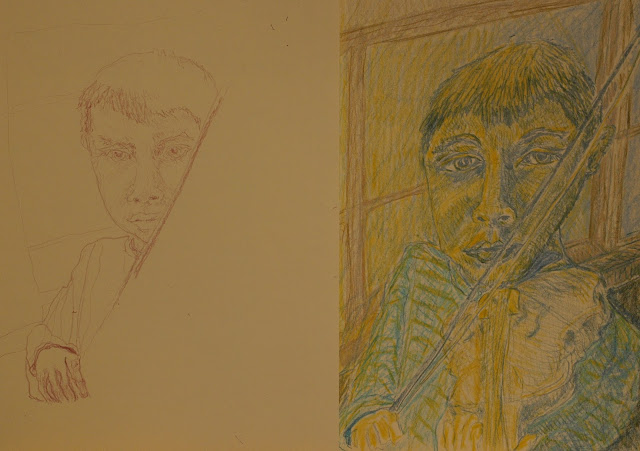 My left hand (on the left), my right hand (with the weird perspective skew it gets on almost anything not head-on)
Mark (my husband) told me a 'captain obvious' today - Maybe it's time to  give up the illusion you were EVER right handed.  They told you to use your right hand -insisted on it, because you technically 'could'...so you did.  You were 'ambidextrous' - but maybe you were never supposed to use your right hand at all - it's like you've been compensating for it all your life, seeing the images through some 'translation' (I said 'like a prism').. yes, like a prism - and it warps it.  Maybe you should practice with your left exclusively now, get good at that.
It's like starting over.  But - it does see the 'true form' better than my right...  I've practiced here and there like it was some sort of trick to do one or the other - but I think he's 'right'.. I've been left handed my whole life using my right hand because I was told to. 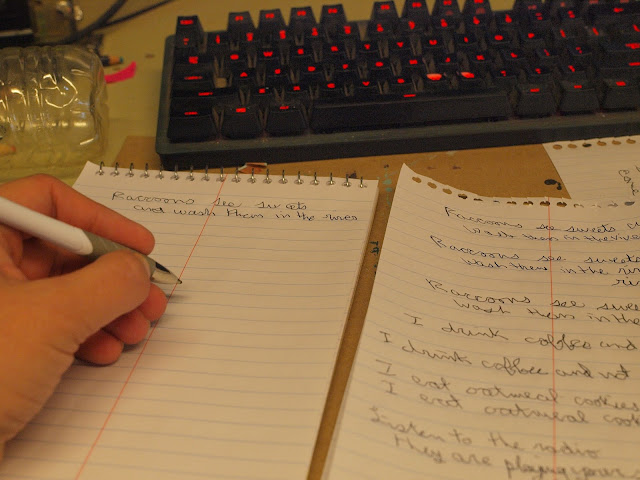 This is how well I can write cursive with my left without much practice.  I remember my brother, who is left-handed, had to show me how to loop letters together with his left hand in order for me to figure out how to do it right handed.. way back when I was about 7 and he was 17.  He also taught me to tie my shoes left handed, because I had failed over and over at school to learn it the way they tried.
That was SUCH a hard year - they kept trying and trying and I cried and threw the thing often.  I tried at home SO much, to get it right, on the shoe board thing they sent home with us... but it was my brother Bill who showed me the way I still do it today - and they finally just accepted that at school because it worked.. they didn't know I did it compared to what they wanted me to do - but it worked.
None of those teachers were left-handed or knew someone who was - I'm just guessing... because I remember the conversation with my mom about 'well if it works, why can't she do it that way?' and then they decided I could and marked 'Pass' on that skill. 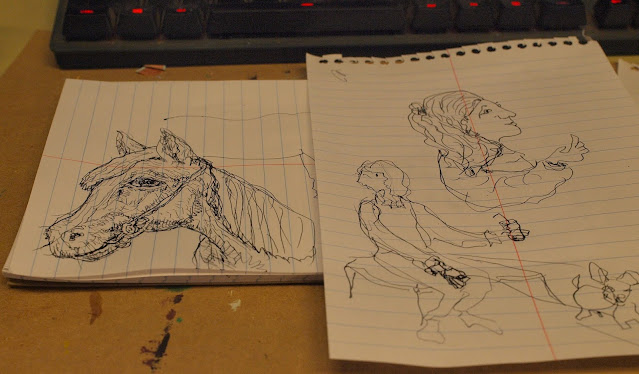 And yet with all of that, this is still surprising.
It is going to take practice - the way the ink comes out of a pen, pigment out of a pencil etc.. is just different enough to feel it especially when shading.  That is going to take the most practice.  I've always said 'I might be able to construct with my left hand for drawing, but it can't color for nothing....'... well, just have to keep trying. 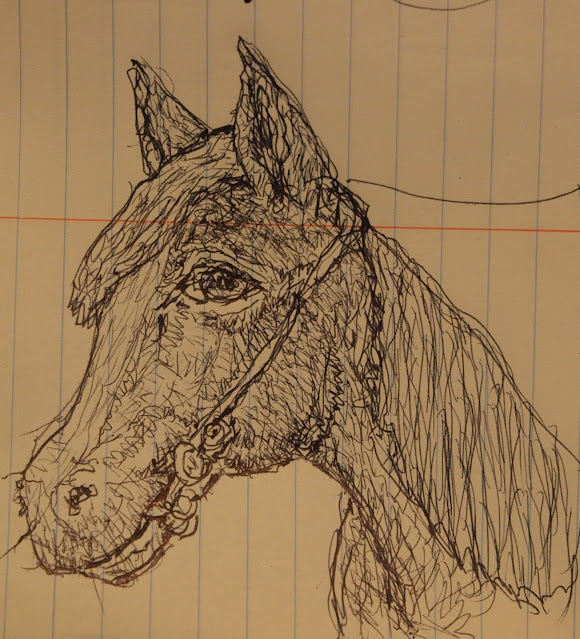