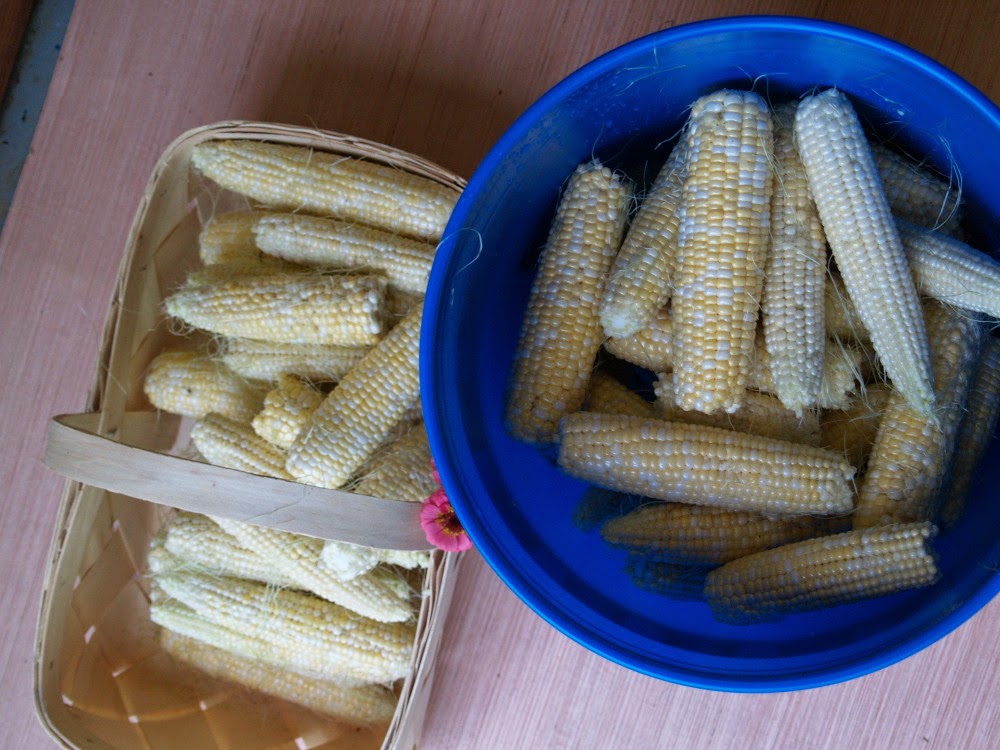 Mark says: 'Our produce has produced.'  We have some tomatoes to pick out there, too - but first to blanch and bag all of this and put it in the freezer!  Snoopy (shown below) and the black kitten Tink would not stop coming into the garden with us.  At one point Tink had put his head inside the bottom of my pants leg and was sitting there purring because he felt like he was getting attention by being that close to me.  Silly... I kept telling him he was a black caterpillar corn worm and we really had to do something about those before they eat the crop! 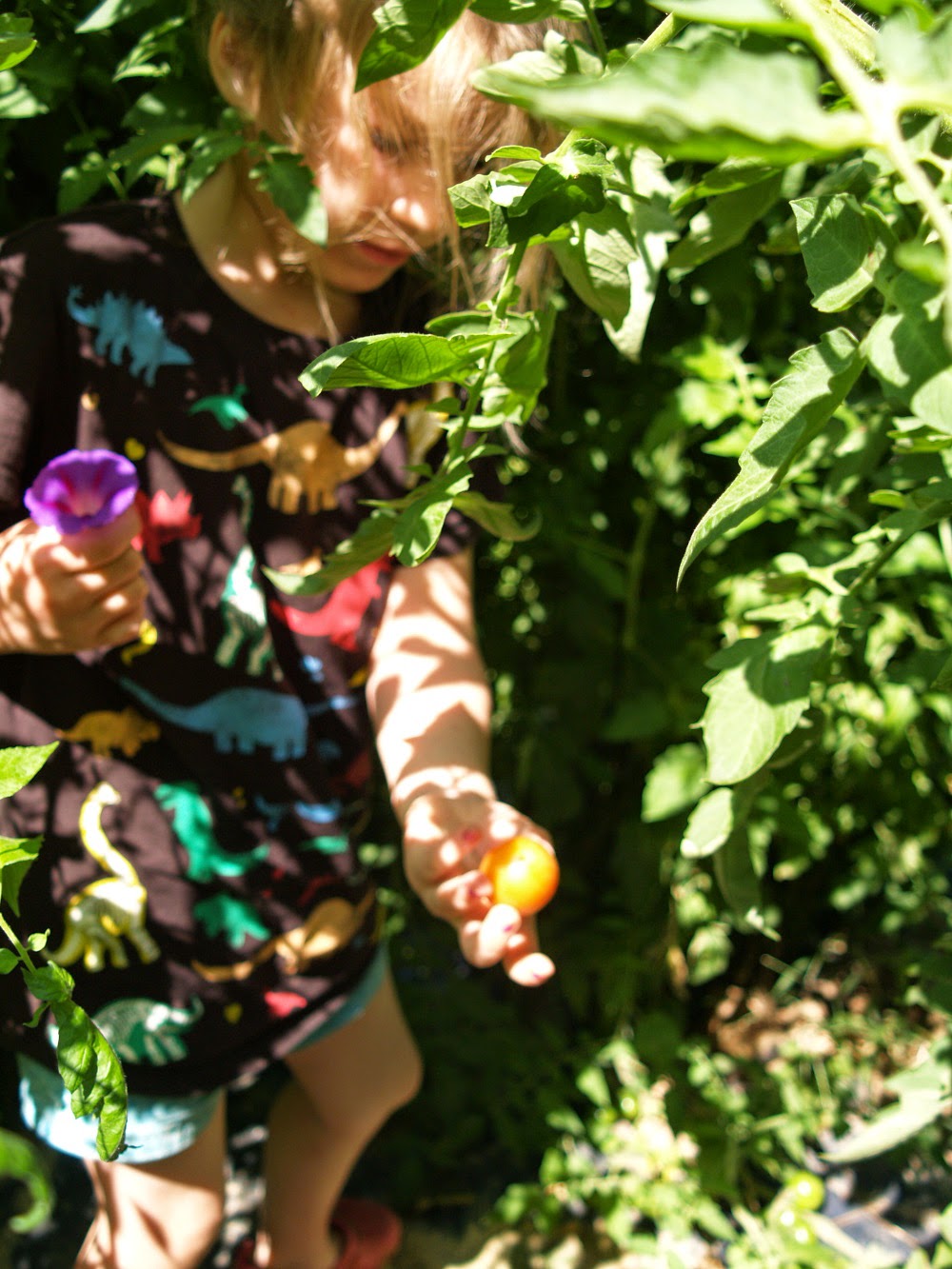 Esme with one of the first tomatoes from the garden 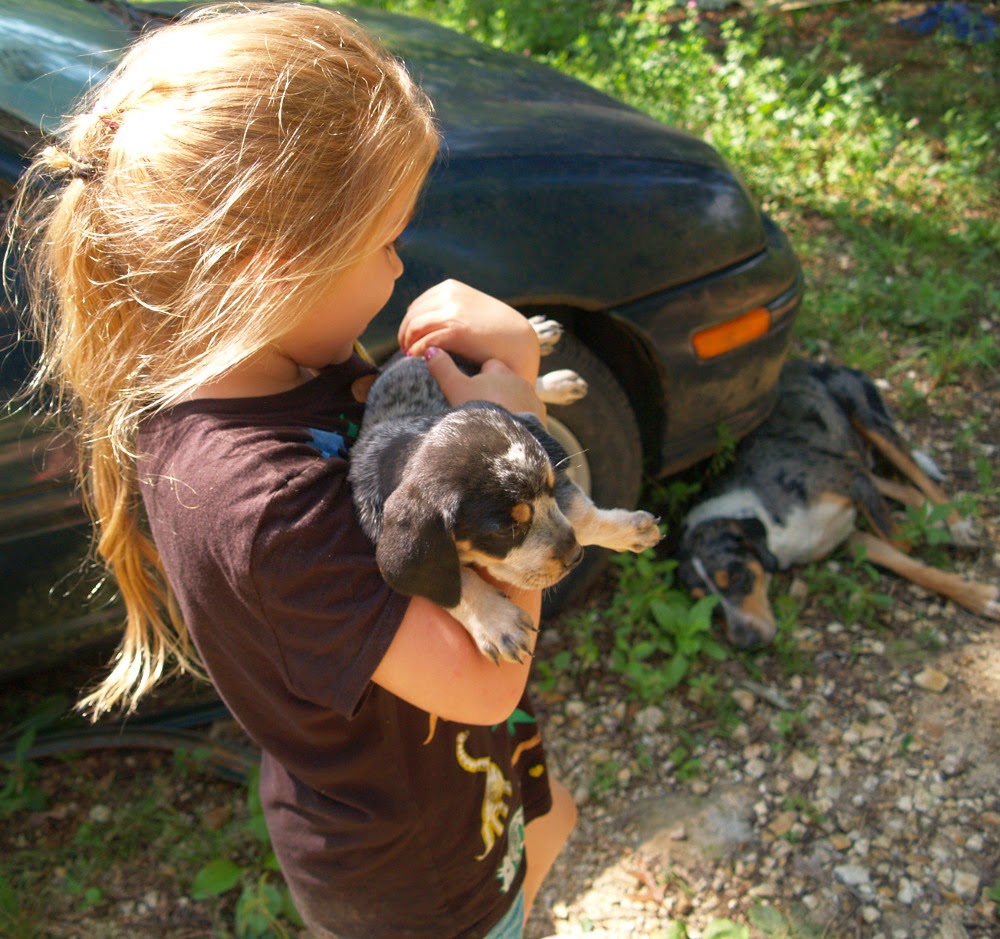 Esme with Snoopy puppy, one of Nova's - and a bluetick coonhound mini-me! 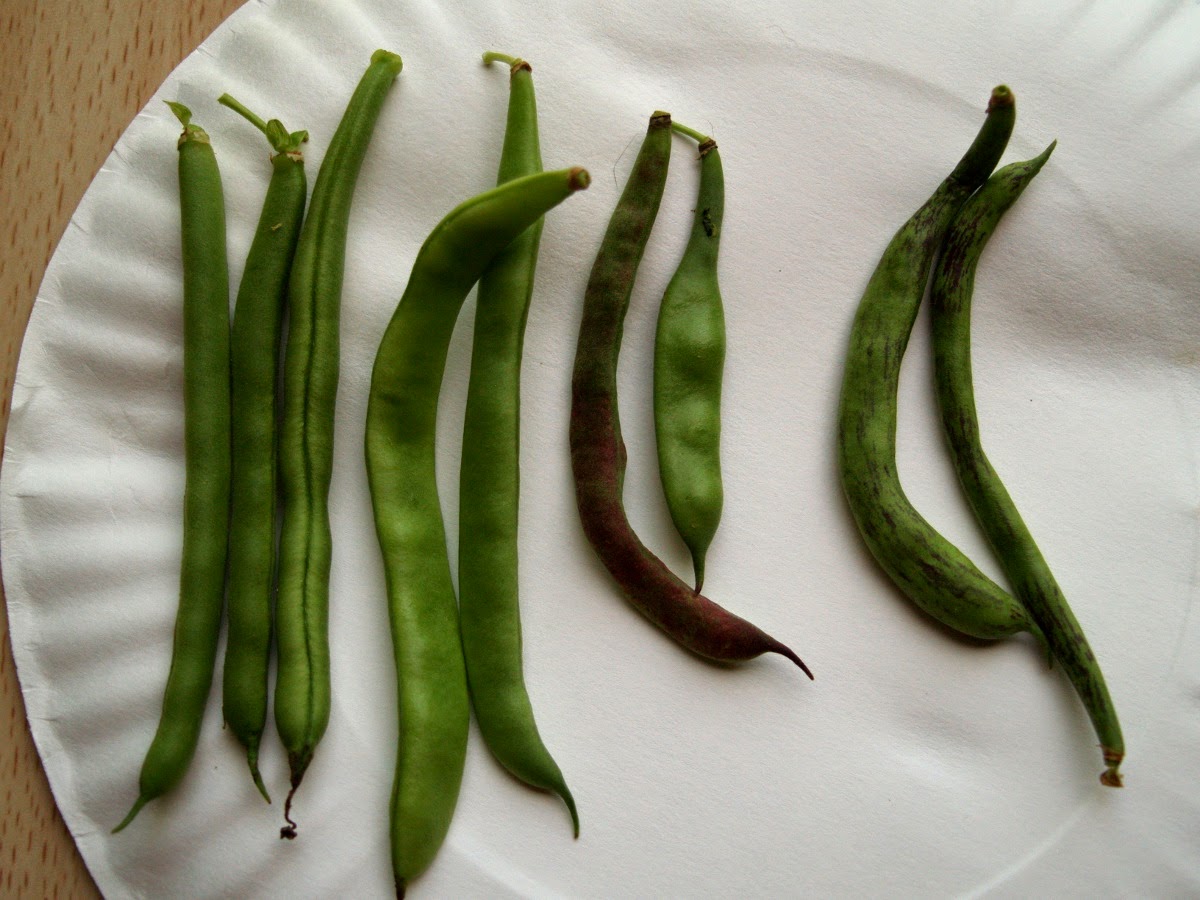 Different kinds of beans in the garden - Provider green beans on the left, straight and round - the White climbers I was trying out again from the odd seed that showed up last year, purple Shackamaxon and the Rattlesnake beans with tiny purple stripes, which makes it so easy to tell the difference!

Mark did a major floor cleaning in the kitchen and hall yesterday, and all of the laundry.  I followed suit today with a major cleaning in Esme's room... it needed it badly.  She had rocks and sticks stashed in toy boxes, one toybox had a hole in the bottom of it that water had gotten into.. some boards that had water and mold on them underneath...stashed candy in plastic bags inside toys and empty boxes scattered around, paper, school hats and cards and it wasn't really possible to walk in there without falling over anything.  I made her help me organize after the worst of it was done - spray down her dollhouses which were full of dust and grime, empty and spray out her garbage can, collect up and throw out anything food (except a few recent things from sleepover bag which went on her dresser), gather jewelry, her purse (she couldn't find it last week and so couldn't buy anything), teaset stuff, play food, my little ponies, playmobil people, stuffed animals  etc etc etc... It ended up looking, smelling and being SO much nicer in there you could almost believe it was new!  We moved her dresser and changing table, got a dress-up station set up and took out some things she had outgrown, as well.

The knit net I had made for her stuffed animals came in very very handy.  When bedtime rolled around she went and picked out exactly who she wanted to bring for sleepover ;)

We also went to the fast food and park in McKenzie with Grandma - and she ran a lot of energy off.  Even with taking five kitchen bags of junk/paper etc out of her room she was on excellent behavior all day.  In fact, I think she appreciates her room a bit again.. heard her in there playing cars on the floor and she has her Dreamlight again to use at night because it had slipped behind her bookcase and she didn't know where it was.