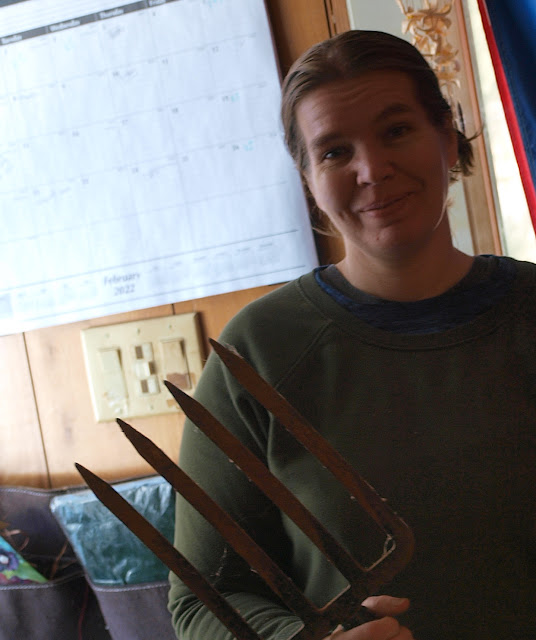 I look very tired - well, I have been lately.  But I power through it, usually.
Mark found this in the garage and I want to try it in the garden.  I was really glad we had one and he knew where it was!  I had half a memory that we had one - somewhere - when I read a blog about using one this week.
Made another lentil soup today based on what a Hungarian friend sent me for a recipe.  She linked to this recipe : "Hungarian Lentil Soup - Lencse Leves"
I had some fresh carrots to use, and frozen bok choy stems instead of celery - so I made a version like that.  I also added a few pieces of bacon from the fridge.  It was really good served alongside another experimental flatbread with five-spice seasoning and himalayan pink sea salt in it. 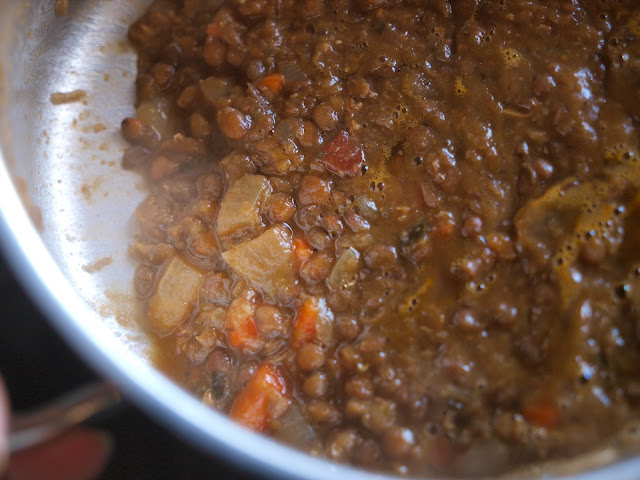 I need to go through my seeds - I always feel a mixture of excitement and pre-disappointment with those.  But I'm starting to learn better ways to grow in our soil that produces results without constant vigilance... needed that years ago and didn't get it, so I would work really hard for a while, and then give up at a certain point and hope I had 'gotten enough return'.

I am also taking another go at Spanish, because our daughter will be offered that at high school next year.  Our daughter is going to high school - time really flies!  I've never done very well with Spanish - although I study Welsh, French, Japanese and now Romanian and Swedish without half the 'pound my head with a hammer' that I've had these last three days with Spanish.  Again.  Which is why I didn't learn it well the last time I tried, or the time before that.  I'm not saying anything bad about the language, just that I know there is some sort of brain-obstacle there that is hard for me specifically to overcome.  However, this time around, I'm coming at it through the dual channels of Romanian and French - which together seem to be doing more for me than before.