These are the chicken condos for nesting boxes in the new coop.  Mark made the gate and is working on putting it up on the posts Esme and I dug holes for last week.  We have eight chickens so someone has to share, but it will be so much more space than they have now.  Hopefully they can learn to lay their eggs in these instead of just on the floor in front of them.  We will put them in the rebuilt chicken house in the next few days.

I bought a set of donut pans for baked donuts to try the recipe for egg bread in - since it was basically a donut recipe with alterations to begin with.  The pans get here next Tuesday!  Weird to buy such a specific item but they were actually not expensive and I plan to use them like muffin tins.   I also began knitting my pair of winter gloves - and got one thumb done so far, working on the hand up to the fingers.

Watched two episodes of Welsh-only tv today, and talked a bit on a Welsh chat board.  I'm understanding enough that the lack of subtitles on the tv player (new site) is not a terrible loss - I can understand so much of what is going on without them.  The chat board helps me see what people actually say to each other in short conversational Welsh.

Got to go finish up some laundry.. long day starting early tomorrow. 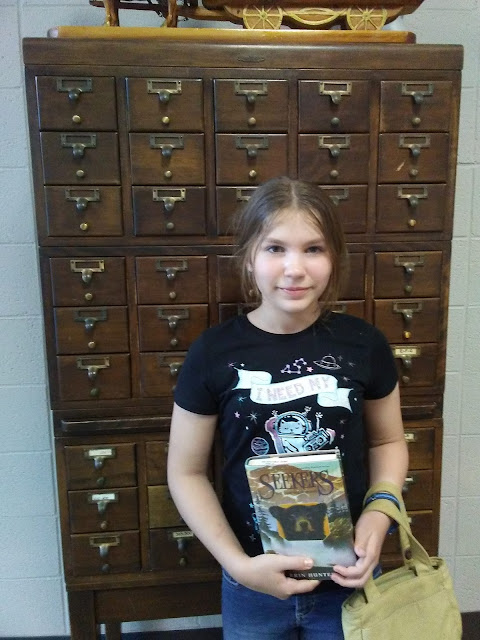 Esme had finished her book and we took her to the library to stack up a few more.  I tried out my smartphone and tried to get a picture.. and it worked. 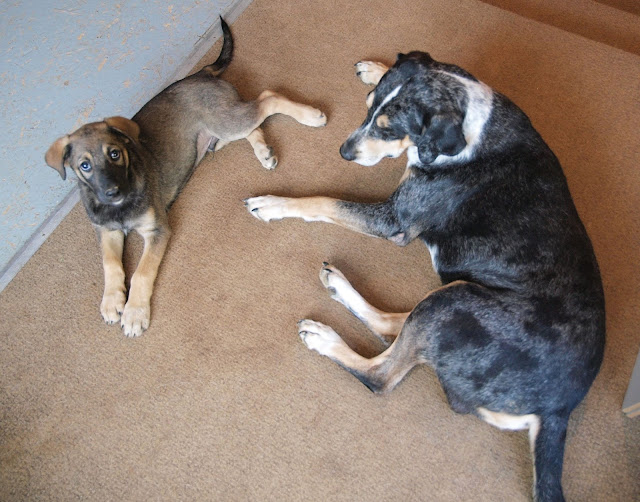 Rex is getting bigger.  Spud wishes the puppy would grow dignity instead of just bigger.  Rex is also growing into his 'spectacles' markings around his eyes.. but his feet are still huge.
Posted by RheLynn at 5:19 PM