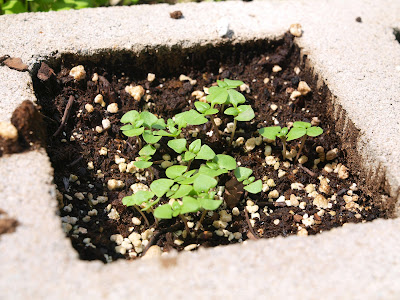 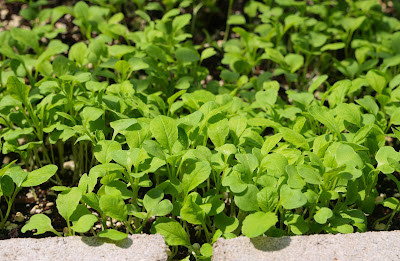 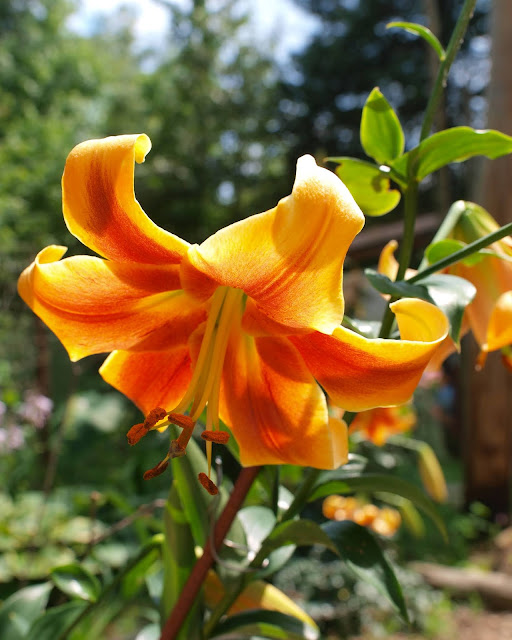 tulip lilies open in the daytime 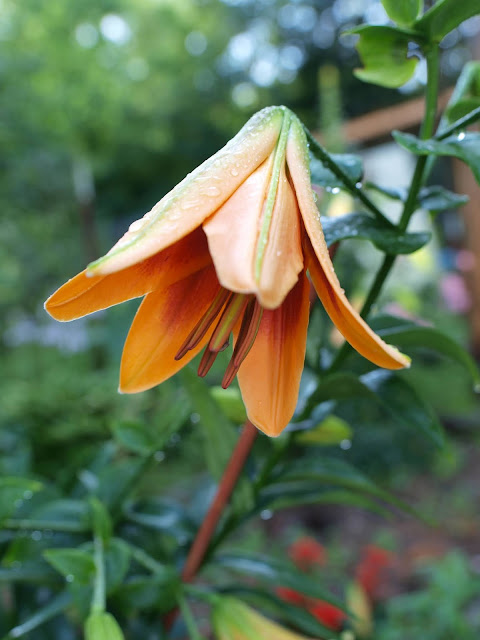 and closed at night and in the early morning 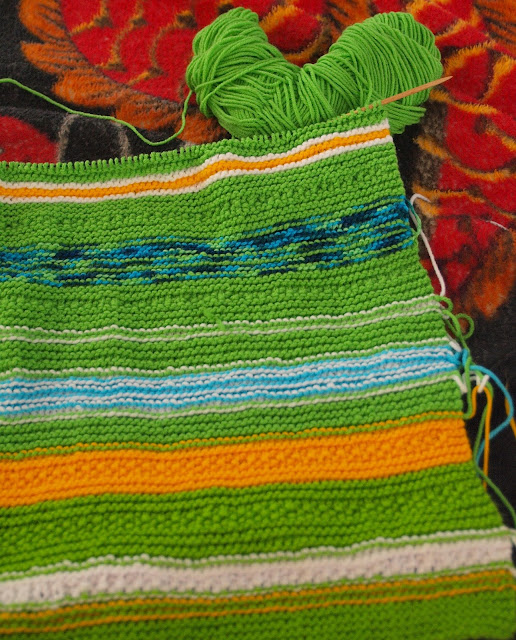 Esme did a virtual 4H camp over Zoom the past week, and I knitted on this blanket some more putting another 8 inches on it.  It is 36" wide.  I also found out that I knit in a mostly 'Portuguese style'.. but before I watched the videos I would have said 'continental' or left handed continental if you'd asked me.  Now though, I'm pretty convinced after comparing more videos.  I had heard of Portuguese knitting but only with beads... never watched an actual knitting with yarn example before.
Posted by RheLynn at 1:50 PM