Mr.Sloth is in the mail on his way to CarrieK!

First, go take a look at these Kangaroo pictures
on cute overload blog!
I've received a custom order for a pink kangaroo (and an orange tiger!) - and took a few hours prototyping last night.. although I'm not happy with certain elements of this attempt :o( 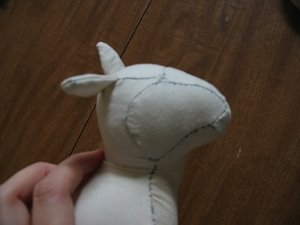 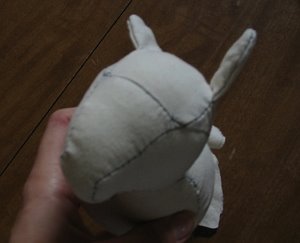 This kangaroo has been redrafted, and hopefully the next prototype will be better.

Mr.Dragon has been stalled for a little bit, although I should go ahead and finish him, since he doesn't have a lot more to go... There is coding to do at work, so I've got a 'hands-off-the-toymaking' rule while I'm there...(let's see how long that will last!) 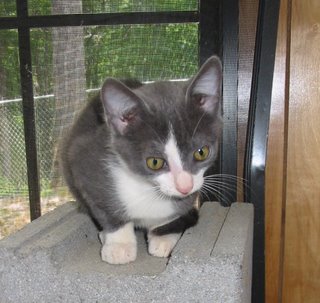 Radar says hello from the office
He is no longer known as Sally's mini-me
Our boss has decided to keep him, and he will live at his house near the office.

Radar is adorable! Wow, you are right - that woman does take totally amazing pictures of her cats. How inspiring!

I think my favourite pic of hers is this one just because of the expression!

I've seen Willow make that face so many times -- and wished I could catch it! Some of her closeups are just adorable too :o)

Radar is cute. I want a kitten. I am so going to be a crazy cat lady one day.

I can't wait for Mr Sloth to get here! He's so cute. The kangaroo looks good to me.

**off to look at the kitty pictures**