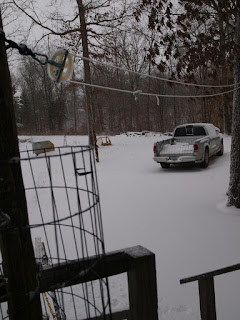 We've given Esme the day off for the snow storm.  Tennessee has declared a State of Emergency and it does not look all that nice out there.  The dogs have busied themselves last night and this morning by eating slippers and mittens.  So, I've busied myself repairing or replacing them.  A friend noted she hopes we keep power -- me too.  I've called into work because although I am a Minnesota native the South does not build roads in preparation of snow.... we've slid off the road last year on one of those twisting hills and I don't want to repeat it this year. 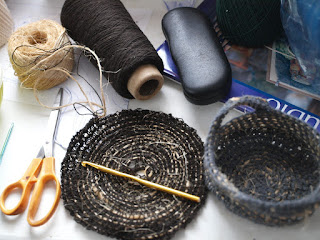 I've got a few projects going - a plane finished for a shop order, a rope and yarn basket I've been working on, the weaving.... there is a quilt on the bed that needs several repairs.  There is also a Stanford
algebra program I wanted to finish watching... if the satellite lets us. 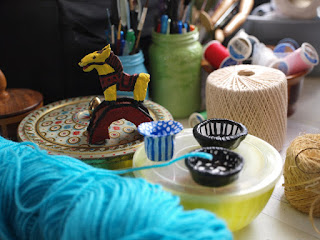 little clay projects I did a few weeks ago and painted.
I really liked the horse. 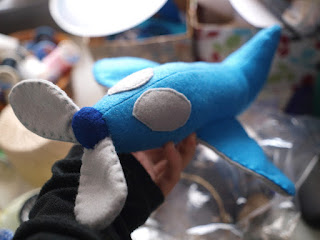 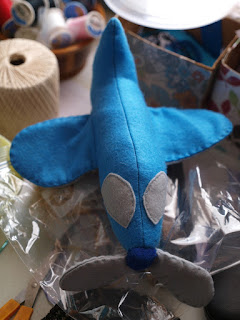 Esme is playing Skyrim - but I expect another snow excursion later.
Posted by RheLynn at 8:37 AM