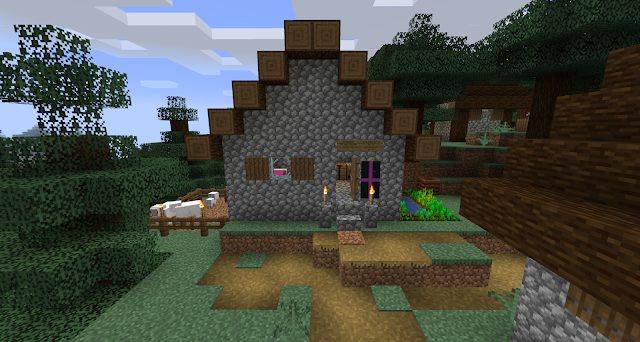 Zachariah Griessen, Steven Pembry's nephew, showed up at Griessen Farm, north of Sandy Bay in Year 69 after the Oraks had returned from the Barracks Council.  But if it hadn't been for someone very young.. they would never have made his acquaintance.

Christopher and Marybelle were standing on the shore with their daughter Nerissa, trying to figure out a very strange situation with a pale gangly child that was playing on their shore.  Ulma DeCroix was not easy for Chris to recognize, but after he did he was frightened and began to row her back to Midland, where her family lived, miles and miles away.

He arrived at Midland before dark, and delivered Ulma to her parents, who did not seem too concerned, until he told them WHERE he had found her.  There was no explanation to be had - Midland is half a day's rowing away from Sandy Bay, and the child cannot swim.  Ulma is only six years old, and starting to truly come into strange powers of the Sea that have yet to be understood.  She often shows up with Nautilus shells, Prismarine Crystals and other things that she should never be able to get her hands on.  And yet, she doesn't seem to ever do more than play by the shore.  Christopher took up lodging for the night in an extra room at Bruce DeCroix's house, intending to leave in the morning for his home.

Nerissa, Christopher's five year old daughter, was out in the sand playing with her younger brother Lionel, when Ulma walked up and began humming a soft and enchanting tune.  Nerissa stayed and played at the shore much much longer than she should... She knew it was going to start getting dark and that she should go inside.  Marybelle came out frantic, looking for her children.  She found them with this pale-haired large-eyed little girl she had seen her husband row off with hours before.  Marybelle was frightened, but moreso of the Drowned and other monsters that would start arriving with the fall of True Night.

She began to usher all the children inside in order to  batten down the hatches, to wait for morning.  She not only has two young children, but baby Roberta in the house, as well.  But even with the strangeness apparent in Ulma, she won't leave her out in the impending dark.  She calls to her and insists that she come inside.  Ulma stopped humming the little tune as she turns and stares at the house, and at that moment the Drowned began to come out of their places by the Shore.  They begin to converge on the place Ulma is standing.  Marybelle lets out a shriek, uncertain if she should rush out to the girl or stand ready to defend her own children.  Ulma senses the fear in the others, and begins to hum again, backing away from the Drowned until all of the Oraks and herself are safely inside the house. She then sits down by the door and the moans and calls begin to subside almost immediately.  Marybelle looks out into the empty shore, and isn't sure how it happened, although she is relieved.

It was a harrowing night for Marybelle, and a confusing one for Christopher.  When he awoke in the morning Kyra (Phillips) DeCroix was looking all over for her daughter, and this time, she was more than a bit worried. She goes to comb the shoreline where Ulma is usually found - she disappears a lot, but she is always found, and unscathed... something Kyra has tried not to dwell too hard on, lest she think about things that are unsettling to her.  Ulma is the youngest of her four children, and if Kyra had been asked after the third, she would have said she was 'done'.  However, Midlands had more to say about that.

When Christopher arrived back at home, he was even more surprised to see Ulma at the breakfast table with his own children.  How?  What?  He told the little girl her mother was very worried for her and that he would have to take her back almost immediately.  She stared at him for a moment, walked outside, touched the water's edge and was -gone-.  Christopher blinked, turned to Marybelle, and then sat down on the sand.  Nerissa sat down next to him and said: "She went home Daddy.. it's okay.  But she said there is a man coming from the North and we will want to make sure he is okay.  He's at that farm where all the lava is.. and he doesn't know we are here." 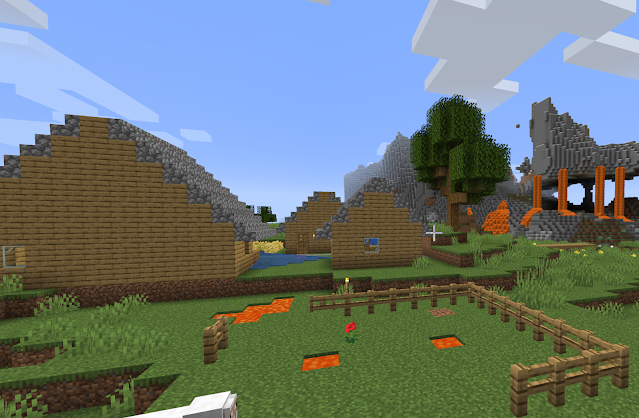 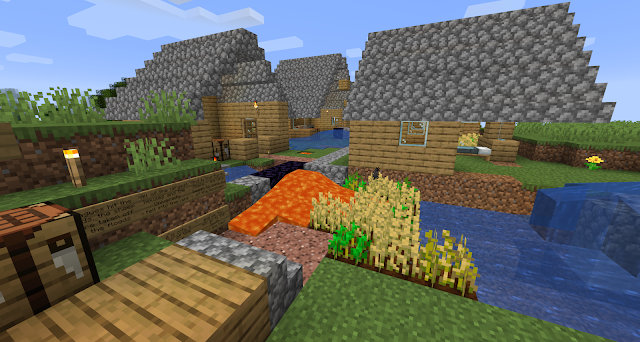 Griessen Farm had been abandoned in year 42, just a dozen years after the Great Earthquake.  The houses there were partially destroyed, and there were signs up that said 'The plagues and the lava came, we left this place in Year 42'.  It did not say where the people had gone.  Brandywine Farm, a bit further to the South, was also abandoned.  Christopher had found both of these farms when he went exploring around his new 'ship on the land' house, built for Marybelle in Year 59. 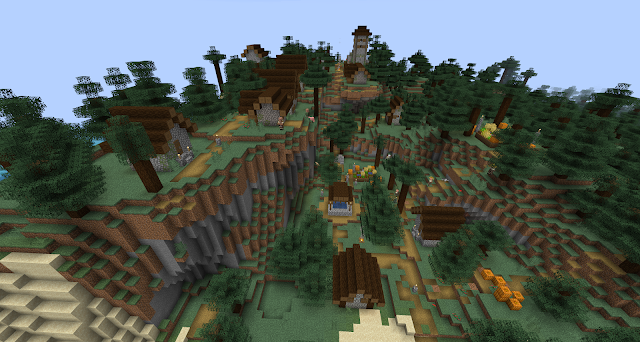 Chris heeded his daughter's words, and took a trip up to Griessen in the North City Remnants, although the place felt 'wrong' to him and he never liked to stay near it very long.  As he was approaching the road he heard a voice call out to him across the field.  "Who are You?" the man yelled.  "Christopher!", Chris responded.  The bearded man came tromping across the fields, careful to avoid the lava, and introduced himself as Zachariah Griessen.  "Griessen?  Like this place?  Where have you been all these years?"  Zachariah was not an old man... in fact, he was about Christopher's age.  That meant he could not have been born very long at all after the Earthquake.

We've lived in Hallgren.  I grew up there, some.  I was born here, though.  I was the only one born here - all the other babies... Mom said they couldn't live.  Then the lava came up through the ground again and again.. and we left.  Some of the other families went South, across the sea - but we went Northwest, to my father's people."

"Wait a second.. " Christopher said.. he remembered that Steven Pembry had come down from Griessen Farm in year 31, just after the Quake.  And Steven said his sister had been married to the man at Griessen Farm, north of Brandywine.  But since they had no idea where they went... "What's your mother's name?" Christopher asked.  "Susan", Zach replied.  Chris said : "Susan Pembry, by chance?"  Zachariah choked on his tongue a little and said "Well... once.. a long long time ago, before me!  Where did you hear that name?"  Christopher told Zach about his uncle, Steven, the clockmaker and banker living in Cod Bay.  Zachariah had mostly just come down this way to see how things were.. but now he was intrigued. 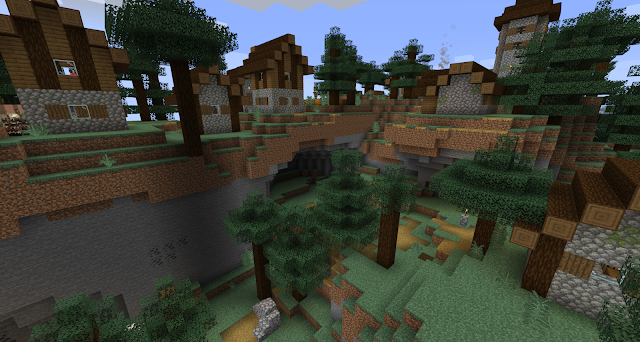 I have to go back and tell Mother, she'll be glad to hear her brother made it!  I think she always thought he didn't, because he never came back.  But if he really didn't remember Father was from Hallgren... then... maybe he didn't know where to look for it.  Maybe she'll want us to go see him, my brother Logar and I.. he was born after we moved.  Mother wasn't expecting him, but he came along anyway."  Zachariah began to take out his compass and show Christopher the heading to Hallgren.  Christopher is a great enthusiast of compasses and maps, so he took great care to note exactly where Zachariah was indicating.

Before Zachariah left on his return trip, and Christopher on his.. Christopher thought to tell him that there is an Expedition forming to investigate North City - and the people will need a place to get supplies and set up camps.  There will be a lot of people coming over time, maybe up to twenty-five... a small village.  Zach eyes around the falling lava and bubbling lava pits all over the Griessen area.  'Not here.. a bit farther North there is a good plain, but some parts are fallen in.  Some of the parts of Hallgren fell in during the Quake, too - but none of their houses, and the only lava that has shown up has been a very strange alien place to the West.  We've never seen anything like it... maybe your people will want to see that, too.  Come to our house, it is the first one you'll find on the way into town, if you follow that heading from here." 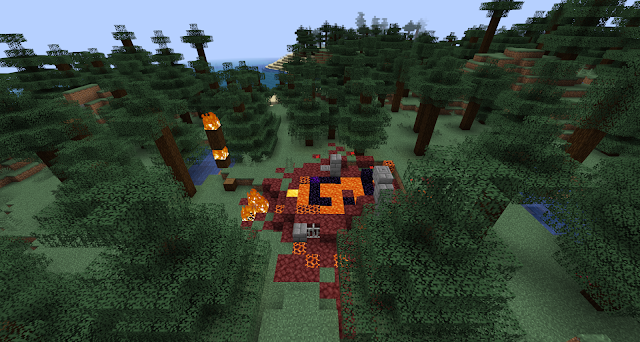 When Christopher gets home he doesn't delay.  He packs his things and the very next morning sails off for Midland, and then Ravenna.  He has an important message to bring to the Expedition gathering for True Midsummer.  He knows where some of the people of North City have went.. and why.. and that there is much more going on in the North than they previously expected.  And as he is rowing past Midland he thinks.. much more going on underwater perhaps, too - and with individuals with odd talents like Tanji Vandreas and Ulma DeCroix... what exactly is going on?