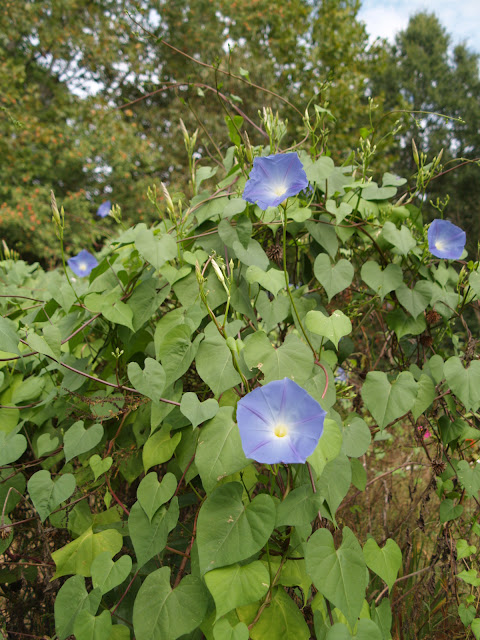 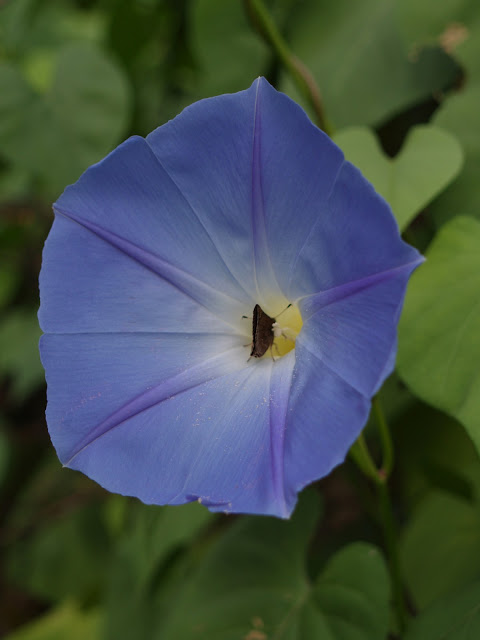 Went out and got some more shots of the morning glories.  I wanted to take a picture of the moonflowers (huge white ones) but will have to wait a few more days as the blossom from yesterday is gone and new ones aren't 'up to bat' yet. 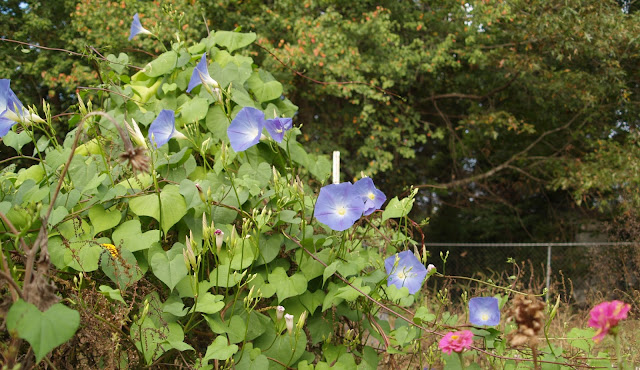 Tried the pistachio crusted fish this morning (instead of last night)  It was wonderful.  I'll definitely have to do that again.

I looked at a recipe, but then pared it down and went with this :
raw pistachios (unroasted), 2 tbsp, run through grinder
1 tbsp extra virgin olive oil
1 tbsp Hellman's mayonnaise
1 tsp spicy brown mustard
A frozen fillet of Gorton's wild caught Alaskan Salmon (it has a butter sauce on it already)

Heated toaster oven to 400 degrees, put the fish in aluminum foil for 9 minutes, then removed it and put the mixture (all mixed up, instead of one layer of fat and one of nuts) on top and cooked for another 8 minutes.  Served with spinach sauteed in just a tiny smidge of olive oil and water and chopped garlic.

//
Esme has asked for a sleepover this weekend.  I'd also like to have her walk her dog in the park one of those days, and pick out a present for her friend whose birthday is the week after that.  I have the weekend off, but I work tomorrow and until then 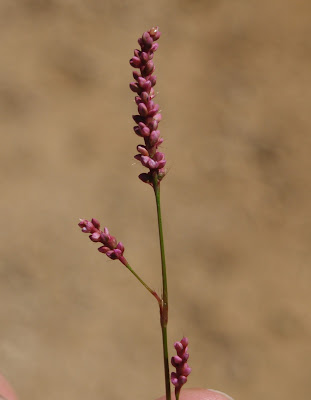 This is a polygonus family plant, some of which are known as knotweeds, or bistorts.  I called it a 'bitworst' when I was up visiting Miss Irene - because I could only remember the 'shape' of the word.  We played a game once where this was used in alchemy for medicines - and then I started realizing they were on our property here in Tennessee, or at least, some relative of them.  They are very pretty.

And I need to clean up my greenhouse area (I've been meaning to for days), and wash a dog.  Let's see if I can get that done.
Posted by RheLynn at 8:44 AM