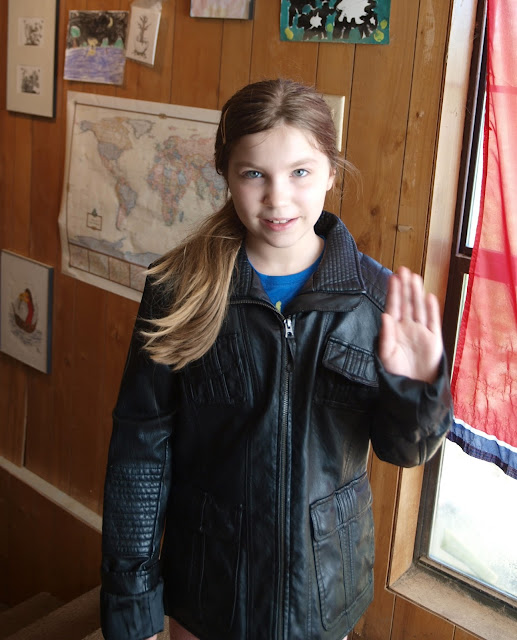 This is the new fall to winter jacket.  It has really long sleeves, so I tacked them up at the seams and we can let them down to probably wear next year.  It was at the outlet store, so it was not crazy expensive (like it was originally), but should last her for a good time.  I also have a 'parka' type winter jacket that was on clearance from WM coming in a week or so - just in case this doesn't make the cut to wear to school during the winter.  I picked her up some magic type gloves at the store.  It gets cold in the mornings at the bus stop!

She's a little leery of wearing this to school after Mom and Dad talking up that it is 'cool' but was a really big thing when we were her age.  We'll see.  I've got her name in it and she said she would try to be careful with it! 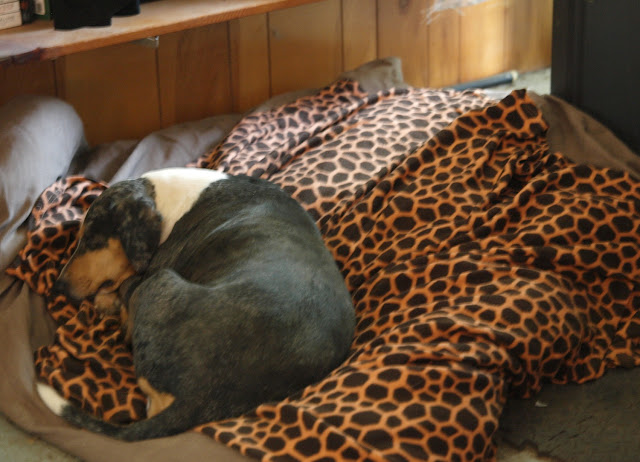 And this is the dog bed (a huge floor pillow) that Mark has been after me to make for Sweetie (shown) for over a year.  I finally collected up all the filling for it (remnants, old jeans and foam bits from an upholstery shop) and put it together.  It is approved of.  We have agreed I should probably make a longer thinner one for the futon for the other dogs.  And maybe before another year and a half has gone by.

I'm starting to cut out Esme's shorts pattern.
Posted by RheLynn at 8:19 AM