notes and dragons and tigers

We are starting to get some tomatoes from the garden.  I've been trying to get everyone on an earlier schedule seeing as school is coming up in a month.  Not a lot else going on - no plans for the fourth or such, as I work tonight.  Esme did want to go for a sleepover with Grandma. 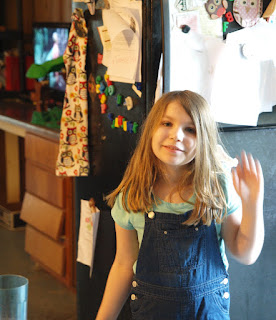 I crocheted a little pair of dragon slippers for Esme to wear with her costume.  She has been adding parts to it ever since she traded one of her toys with her friend for this wing and tail set.  I made the dragon hat a few years ago for Halloween.  She says it looks like a 'dargon' from the Dark Water series. 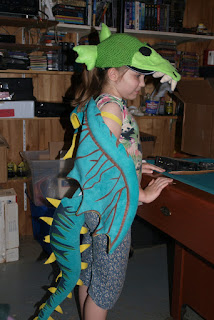 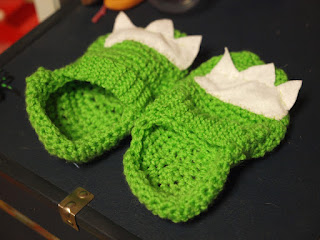 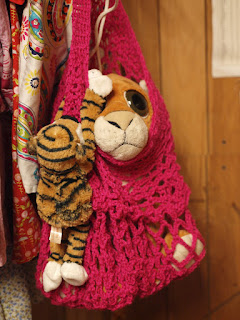 I made this tiger bag for Esme out of some leftover pink yarn.  It is also crocheted.  It was meant for her to put a bunch of toys in but so far only the tigers have made it in.  It didn't take long to make but it wasn't as large as I thought it might be, either... not sure if I'll make another one although I have some purple yarn for it. 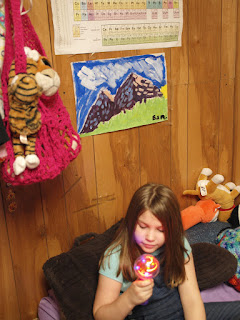 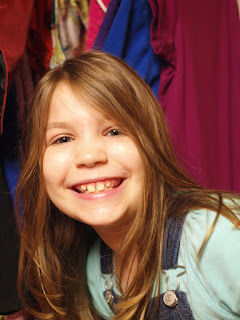 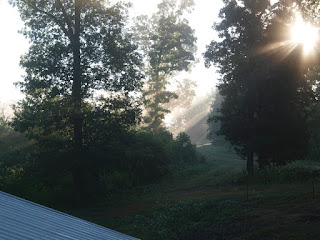 Mark's photo of the rays of sunlight through the fog at dawn earlier this week.
Posted by RheLynn at 6:10 AM