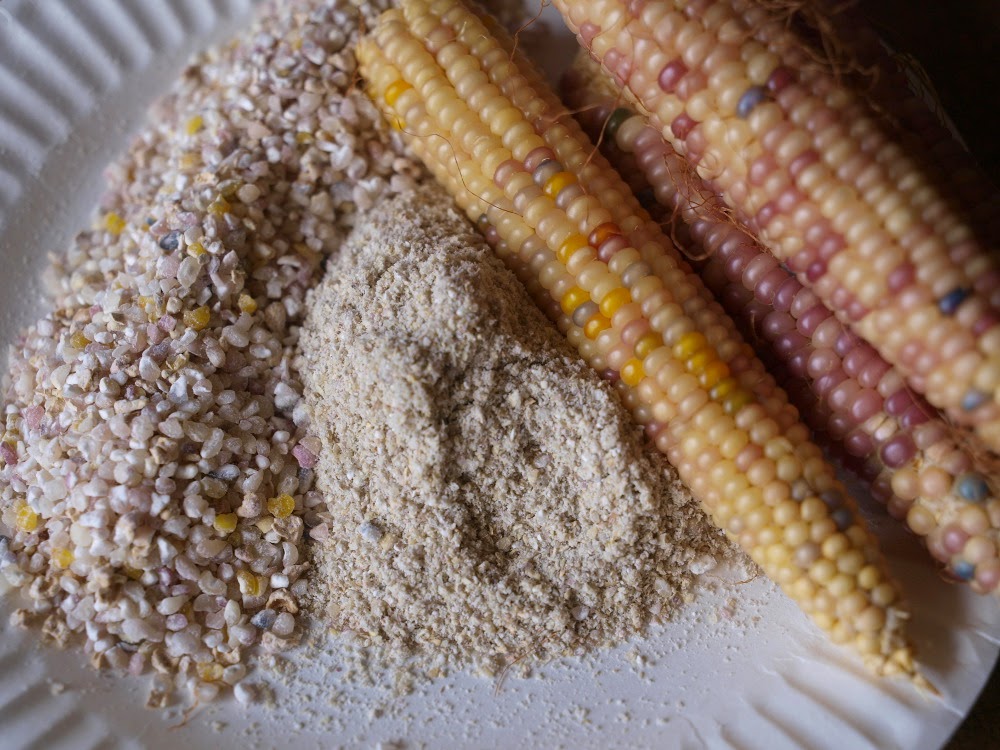 After breaking about half of the dry cobs of last year's flint corn out to kernels, I ran some food processor experiments on them.  We tried to use the old meat grinder, as well.. but it didn't work out well.  After many runs through the machine and sifting out the flour - there was still so little of it and Mark doubted the food value of it.  But, I really wanted to see what it would yield and what it would look like.  We fed the resulting mixture to the chickens for their dinner today.  I think it will be a dent corn type we plant this year - and continue my experiments towards making something pretty and edible, at least edible for chickens. 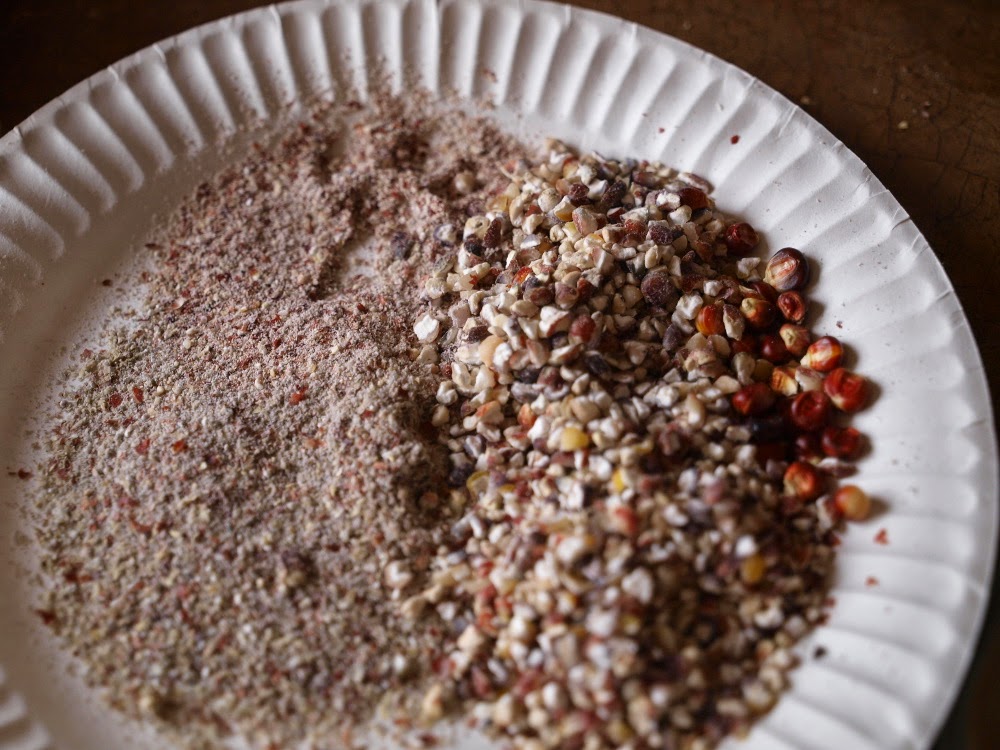 I thought the red cornmeal was VERY pretty.
And it was a more 'dent' type corn, so it was easier to get to this stage than the flint corn had been. 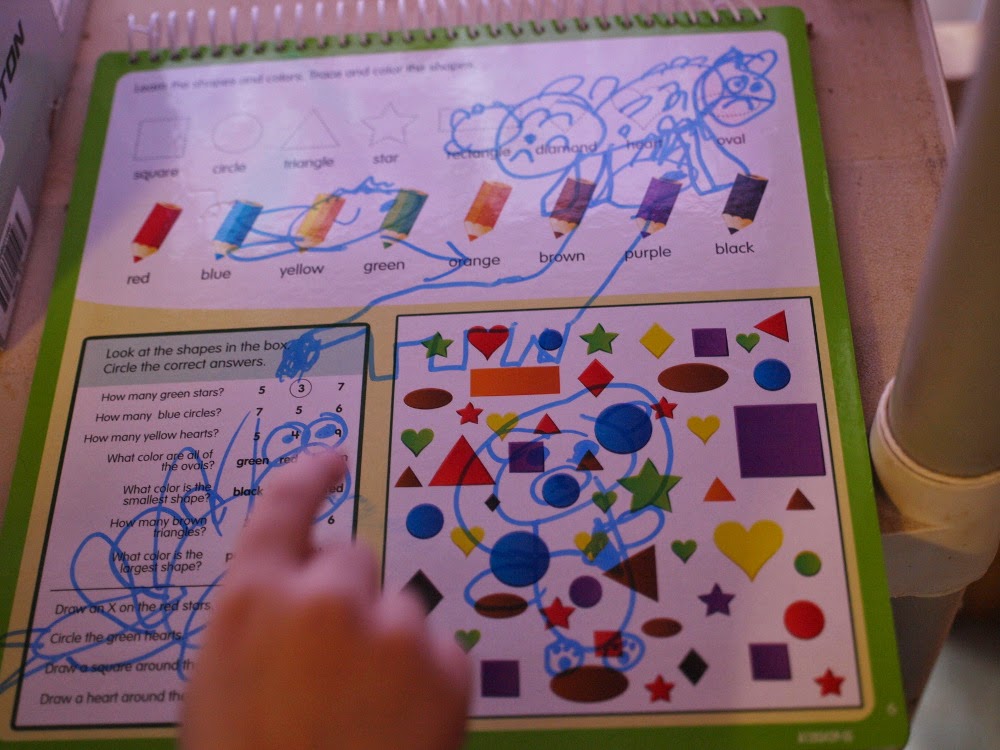 And Esme had an 'ER' open for her toys - which had assorted problems.  The frog had a pincer clip on his back, the panda bear had a broken arm, the dragon had a toothache, and the giraffe had a fish glued onto his back where he couldn't reach it (apparently it was distressing for the fish, too)  She put them all in a doctor waiting room and drew pictures of each problem on a dry erase board to decide what to do for each patient. 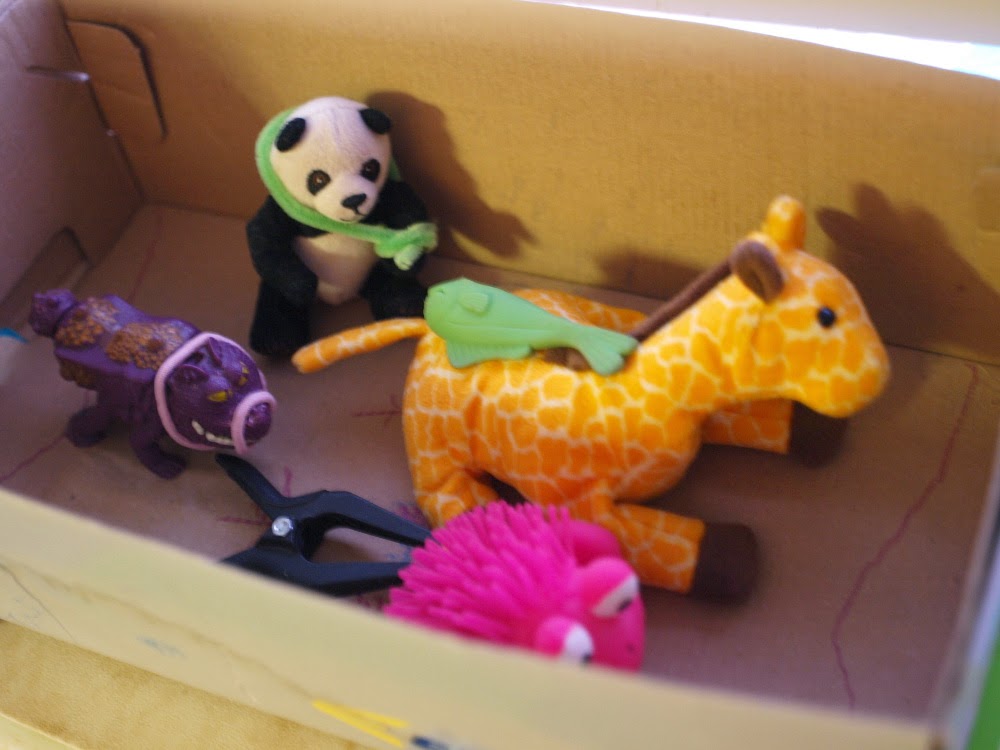 We played Skyrim, doing the book of Love quest(s) and marrying Lydia, and adopting two little girls.  Esme was very brave killing some wild beasts - so I was brave and went and did a random quest which was almost too hard for our character - but we survived!  There was even a point when we had three dragons attacking in a row, plus a lion and a wolf.  Then we settled down into our new house at Breezehome and she played hide and seek and tag with the children in the town, quite a lot.  She is making some sort of drawing gift at her table for tomorrow and is 'glad you're going to work Mom', because she will be hard at work on it for most of tomorrow... and there will be some squirrel, apparently...or so Daddy says.

Project bits: I tied the ends in the market bag I had made for her swimming/skates etc sort of things at the end of last SUMMER.. and had never done that to finish it.  And I added a few more rows on the gypsy moth colors blanket I have been working on for about a year.
Posted by RheLynn at 6:35 PM