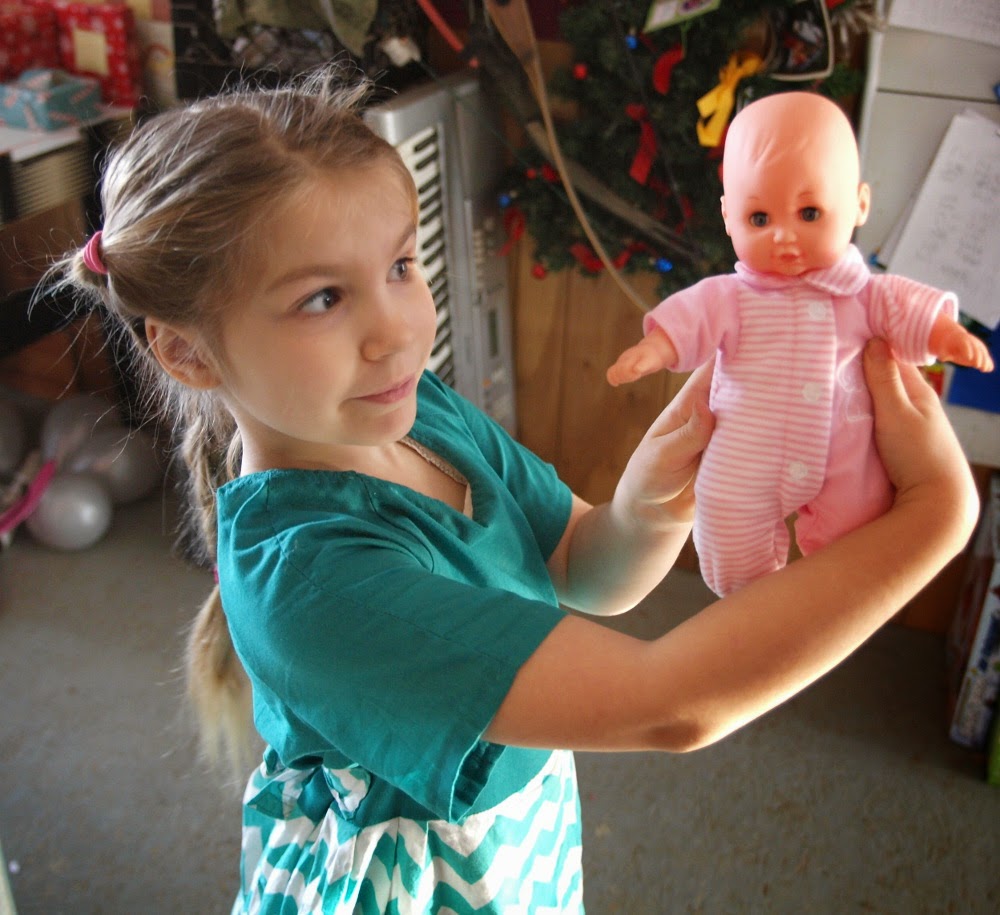 This was the baby doll bed Mark and I made for Esme for Christmas.  It was based on a toy I had as a child - and he helped cut out the shapes from a board I brought home from Lowes.  This is as best as I can remember the paintjob and decals (we used a stencil) the original item was like 30 years ago.  Esme said it was a baby daycare and hospital.  It fits nicely on the shelving unit we store toys on and the two baby dolls (one old, one new with sleepy eyes) can fit together on it if they squeeze a little. 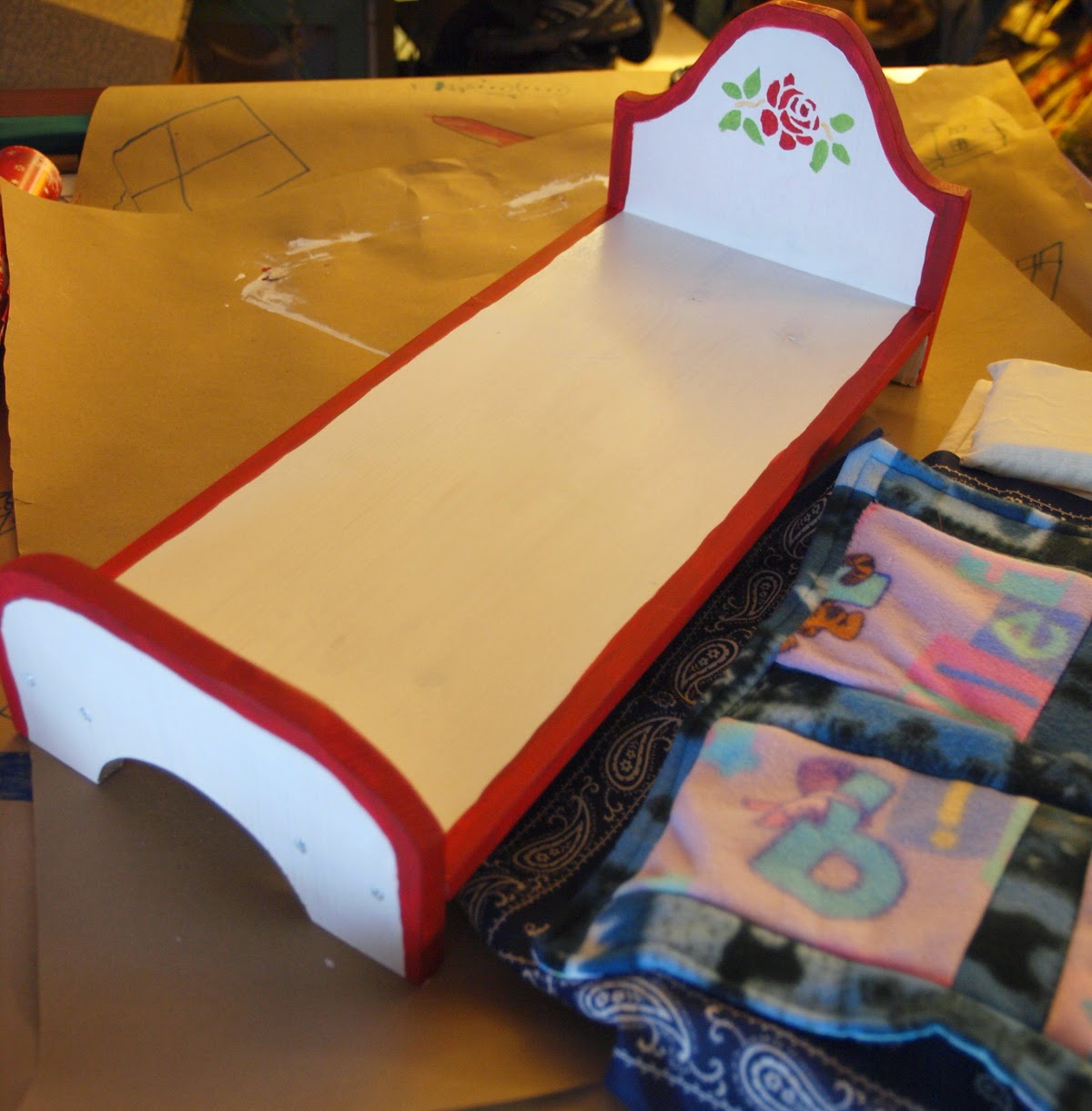 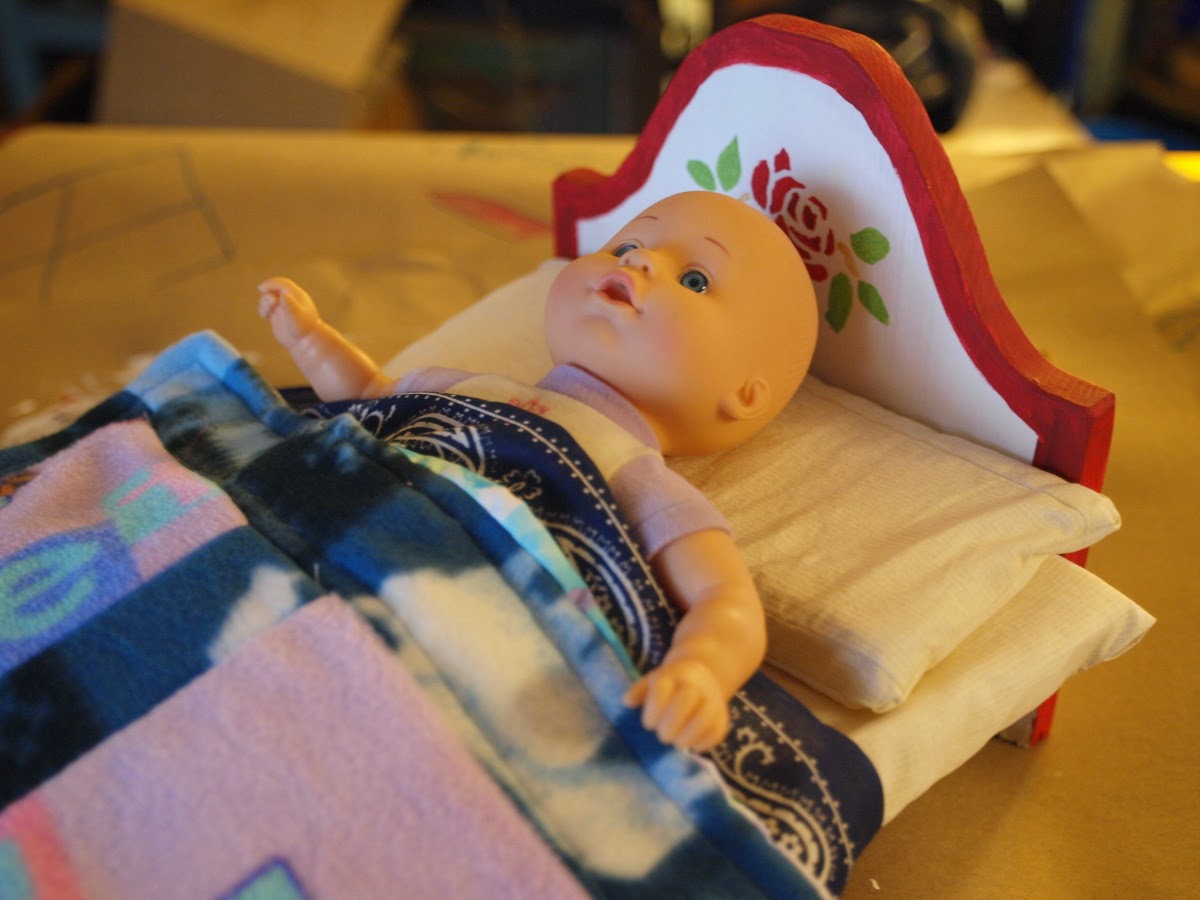 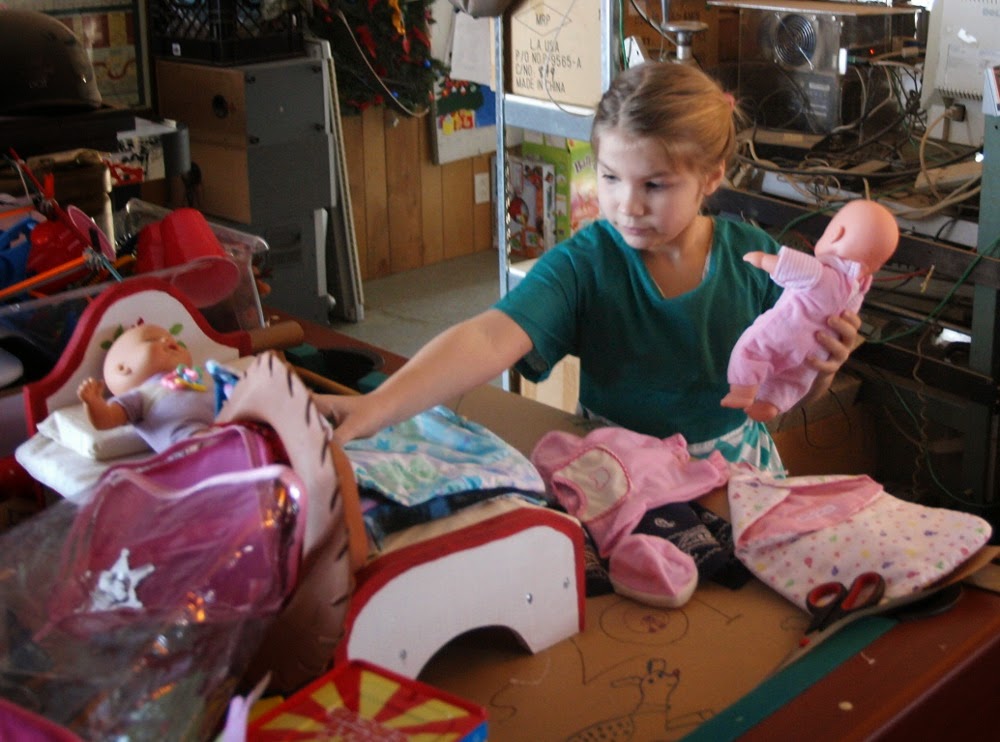 Santa had found all of the things on Esme's simple wish list, plus a jack-in-the-box,
but she was smitten by the intricacy and accessories of the baby set. 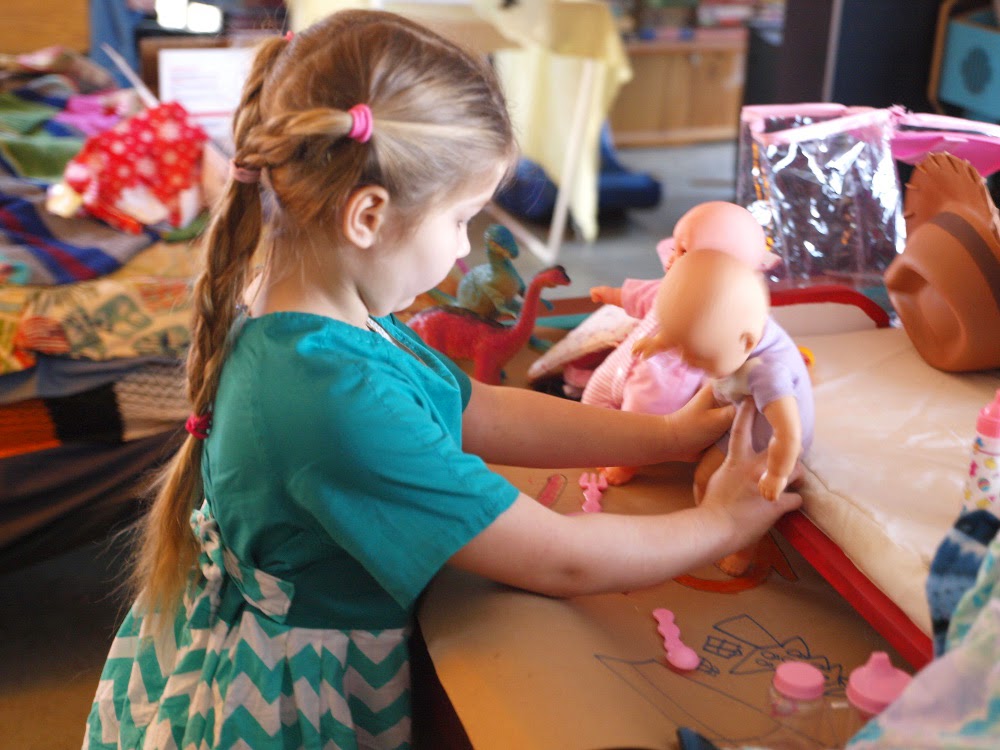 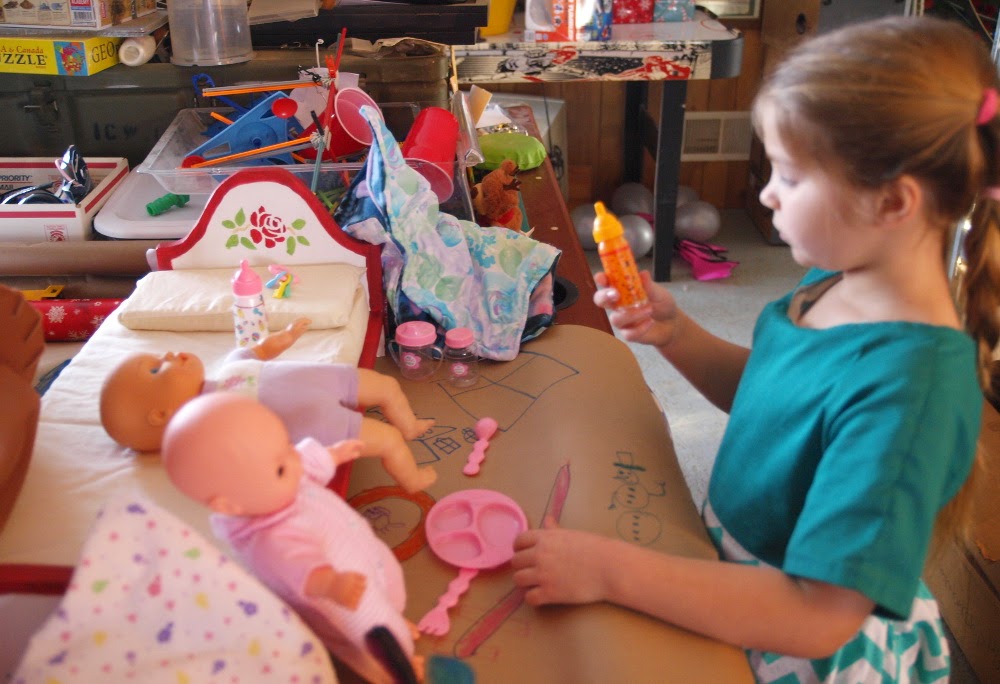 The baby doll 'refilling' bottles were a hit.  She had forgotten she asked for them and
had to thoroughly check them out. 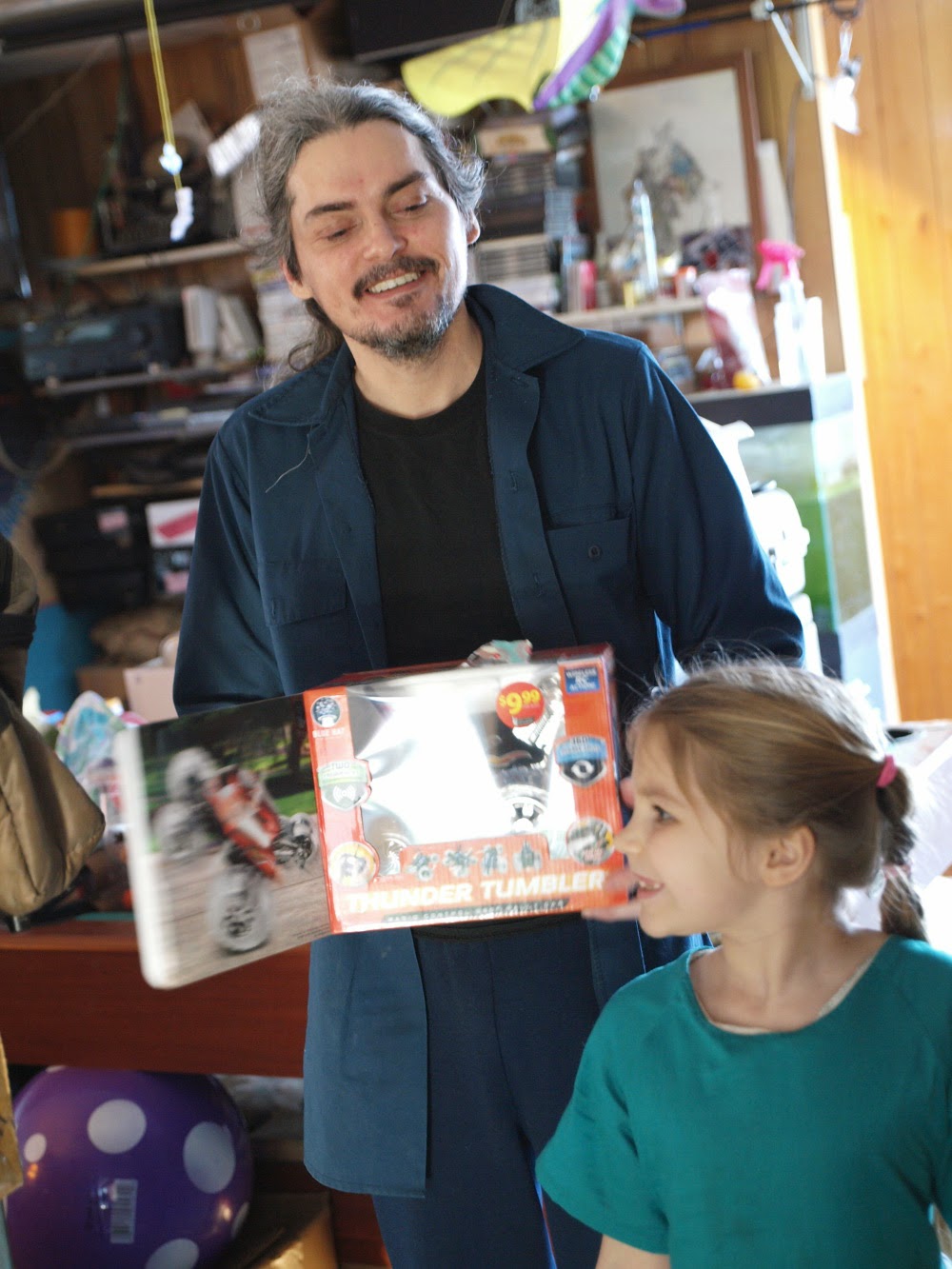 I found Mark an rc racecar and they played with it a bit and scared the cats.
The big dotted ball was something she had asked for, too. 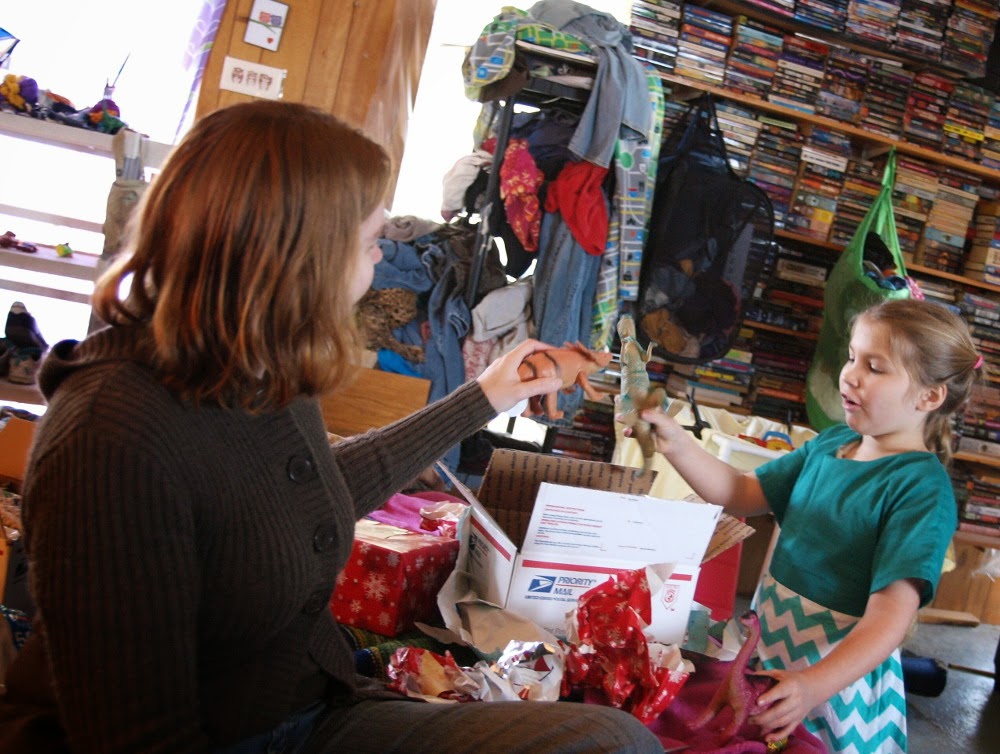 A bit later we will take Grandma her presents and visit.  Mark also gave me enough canned food to last until next year - all the things he doesn't eat, and a can opener because my can opening skills are laughable.. especially considering how often I attempt the task.  There was also a glue gun for projects and bags and bags of dried beans.  I gave him some cashew butter and candies and nuts I thought he would like - and the racecar.

The other big hit wasn't a Christmas gift at all - they are playing Goat Simulator, a pc game where the main character is a goat and goes through the town like Grand Theft Auto and tears things up for points... there is even a rollercoaster and a castle. 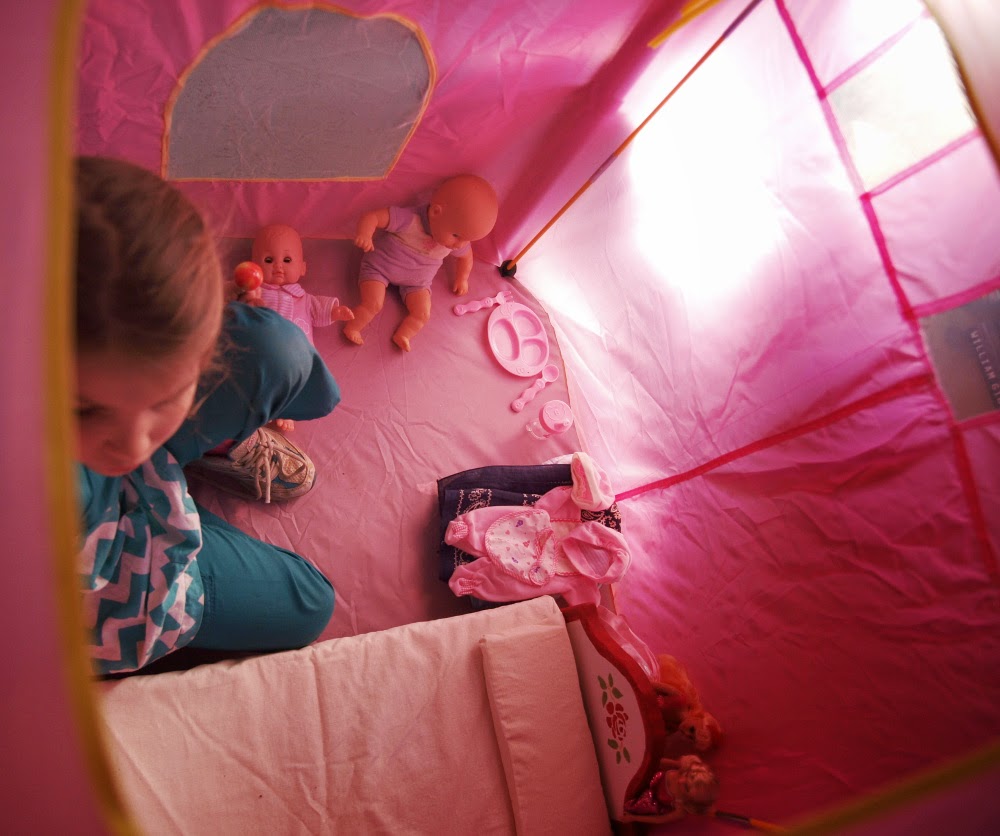 speaking of castles - this princess castle tent Grandma gave her immediately became the home for her new dolls and she spent a lot of time in it setting everything up and putting out toys and eventually putting her babies to sleep in their bed.  She told me she was in the middle of a beautiful garden that had tigers - her cat Pumpkin - just outside so she needed to keep the babies safe in the castle so they grew up to be Queens.