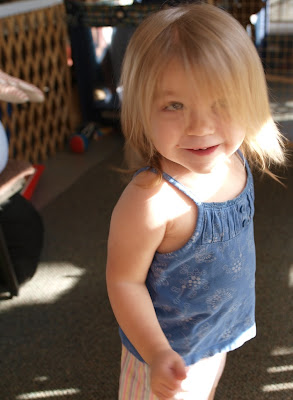 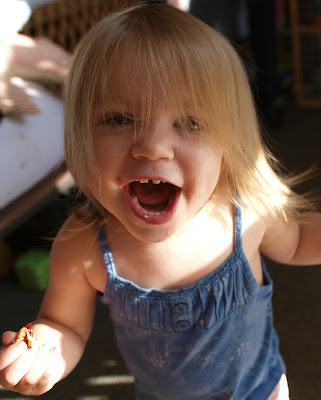 One of the little toys we got yesterday is another RAR pencil eraser-top type monster creature. Esme has been running around the house with her two RAR monsters on the top of colored pencils saying RAR to everyone and everything. We have to participate. She also had this weird game with putting colored pencils one-by-one in a thin plastic tube (part of packaging from something else) and dumping them out again. It sounds simple but watching (and having to participate in it) proves it quite complex. She's got a system going on. At least it doesn't take much to keep her amused ;)

I'm not feeling 100% and Mark was good enough to go do the garbage and grocery shopping this morning. I'll see what I feel about finishing the toys I was making yesterday. I did do some laundry and changed the rug in Esme's play area, which she loves and is already doing headstands on. 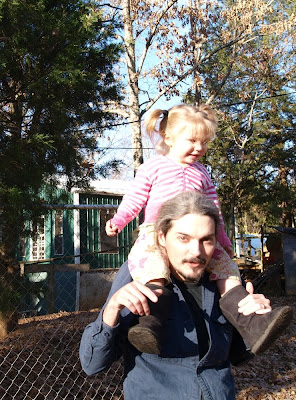 H says to look up Laurie Berkner songs on Youtube for Esme to watch.
Posted by RheLynn at 1:19 PM