Caleb Parker - somebody has to stick around Rivertown and do things, right?

Caleb Parker built a little house down by the water, in between his grandfather's houses, Matthew Parker and Gary Pippington, and across the way from where his mother Susan (Pippington) and Jack Parker live.  Jack, his father, really wanted him to work at the bank.  Jack had been learning since his teenager-hood to take over the bank from Dan McElvaney.  But, Caleb likes to get his hands in the soil, or the feedbin, or the river... he has been helping his grandfather Matthew and neighbor Sam Sevier with the animals, gardens and taken particular interest in the orchard in between Rivertown and Benson's Pointe. 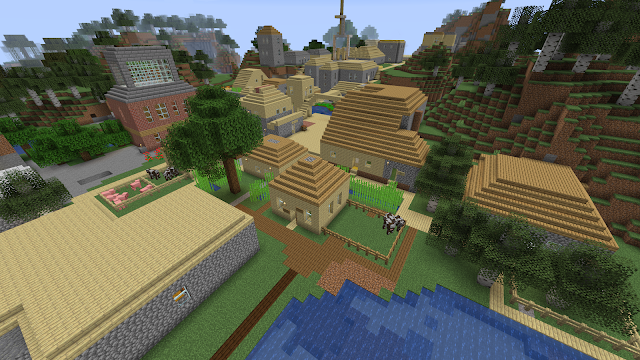 He spends months rotating the trees, harvesting the wood, the apples, and planting new saplings.  In the between-times, he harvests the sugarcane, feeds and slaughters the cows for the leather shop, shears the sheep and keeps the kilns operating with coal so Sam doesn't get all out of breath.  Sam splits his time between going out to Piper's Cove to check in on Kallum Allen's blacksmithing training and directing affairs in Rivertown.   Sam never did marry, and for 88 years old, he is lucky really to be making the trip through the Dark Oak woods even once a week.  Melodie Whitacre keeps making sure he takes his vegetables and honey, and once in a while she and her husband Mack Gordon stop by the farm and tell Sam it's time to go to bed.  Mack sometimes slips something a little stronger than 'honey' to him, fermented mead, and then a little rest by the fire looks more inviting. 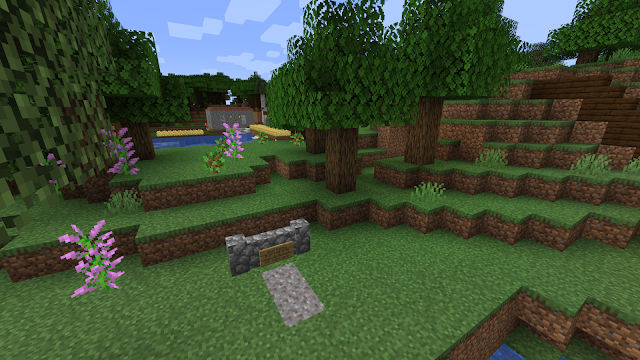 It's a good thing Caleb is a homebody - somebody has to stick around Rivertown and settle down.  With the Thomases headed off across the sea and the Phillips family headed out to the NorthEast Plains (with the DeCroix cousins) and sister Alisa way off to WestSea, Caleb has started wondering if he will be the last of his generation to stick around and pull Rivertown through.  He even thought about going with the Phillips' off to the Plains, maybe to find a wife somewhere in North City Remnants.. but Rivertown has too much of a pull on his soul.  He likes to sit in his little house as the sun goes down and listen to the animals and the lull of the river.. and think about all of the good things the city makes and his role in it.  He hopes he could find a wife that would be as interested in the city and keeping it running.

The other little problem Caleb has is that all of the nearby girls that have stuck around, like Lana Benson, are cousins of his!  Lana's mother is a Parker, and he is a Pippington on his own mother's side.  The Pippingtons' are well known for being prolific, and it seems everyone lately has to count on their fingers how many generations back they go before they hit one of the Pippington offspring.

But on a Spring visit to Rebecca Robert's fine food on the West side of Rivertown, Caleb got a sweet surprise.  He was bringing in a lot of sugarcane, and was planning on having some pumpkin pie and a little cider when he found himself staring at a curly nest of red hair bent down over one of the tables.  He couldn't drag his eyes away.  He handed Rebecca the sugarcane without taking his eyes off of what turned out to be Rebecca's granddaughter, Suki Roberts, drawing a map of Rivertown with extreme detail.

Rebecca put her fingers under Caleb's chin and directed his eyes back to her with a bit of a warning -- 'That's my granddaughter you're staring at, lover boy.... and she is taking classes at the Porter Thomas school until August.'  Craig Roberts walked in behind Caleb, just as the poor boy came back to his senses and started making small talk.  Caleb caught one glance of Suki's expression at hearing 'loverboy' and skedaddled back to East Rivertown like he had a Pillager on his tail.  The more he thought about that expression the more he wondered if he should have stayed a moment longer... but with her father Craig also in the room he was just too afraid of making a repetition of the expression 85 year old Rebecca had taken offense to.  He didn't know it, but Rebecca hadn't taken offense to it at all, just the timing... a few weeks before Exams. 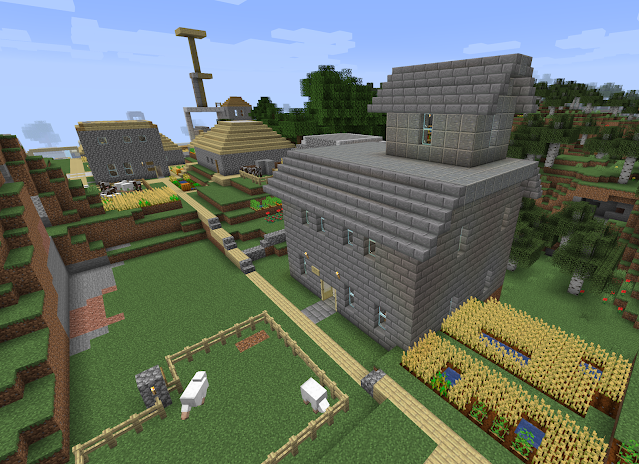 The rest of the summer passed by, and Caleb began doing things that weren't quite like himself.  He daydreamed, during the day, not just in front of the fire at night.  He spent money on rugs and a map to put up in his house.  He made sure he had ink and paper on hand, even thought the closest thing to art he could manage was a stick-figure cow.  He even thought about going to Marika at the School and asking what classes he could take.  But then he snapped out of it, because who would keep Sam from working himself to death?  Caleb threw himself back into the farm and brought in the harvest.

It was the end of August and Caleb began to notice that there were quite a few more eyes on him than usual.  Rebecca Roberts, his own grandmother Sandra Parker, Pilar Daniels and Yuri Patterson had all been keeping a watch over him and his activities ever since the Spring.  His grandmother had even urged him, for some reason, to order yellow striped banners for his house.  'Girls like yellow, apparently...'

He opened his door one morning to find a small yellow envelope with an invitation in it.  He read the following : "Please attend the graduation ceremony of Suki Roberts, Porter-Thomas School, Cartography department.  Officiating: Marika Otrio, chancellor"  The ceremony was that afternoon at 1 o clock.

Caleb's eyes went huge.  Then he sat down for a while.  Then he went and picked some flowers and put on his best white leather tunic.

When he came around the gardens near Iyaga Farm that afternoon the sight of Suki took his breath away even more than before.  He felt a push at his back and saw Melissa Robinson, coming from her house, prodding him forward.  "The girl doesn't even know who you are, Caleb...yet.   But, if you speak to her, maybe she'll find out  Rebecca sends her love, by the way.", she said as she winked at him and slapped him on the shoulder.  Then, Melissa went around him and brought her jars of honey to the table and started greeting relatives from near and far that were also attending the graduation of the Class of 58.

Caleb did work up the courage to at least give Suki the flowers.  Then he gulped and went and hid behind his cousin Astrid.  Astrid was graduating in Medicine, taking lessons from Melodie at Ravenna and also at the School here in Rivertown.  Astrid was about to twist his arm behind his back, and in doing so, she saw the yellow envelope still gripped in his hand.  It had very familiar handwriting, big loopy letters of calligraphy she had seen written on many a menu at a certain restaurant.   Astrid looked from Caleb to Suki to Caleb again, his face as white as his tunic, and said "She'll go to the dance with you next week."   Caleb asked "How do you know?"  Astrid laughed and looked at Suki holding the flowers delicately in her hands and twisting the yellow ribbon on them as she peered across the crowd at them.  "I know." 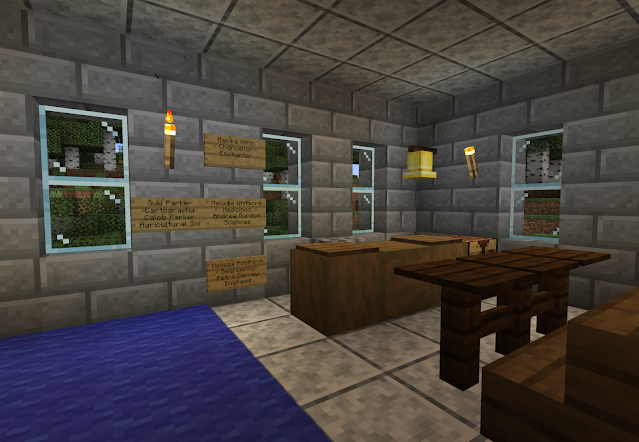 Caleb and Suki were married in year 59, in the west square of Rivertown, to a packed crowd of well-wishers.  Suki will begin teaching at the school, basic classes at first, in cartography and wayfinding.  Caleb has been staking out a place in West Rivertown to build a larger house for them both, within closer walking range of the school.  He is going to have a lot more on his hands as well, as Marika has offered him not to take classes at the school but to help teach them - Agriculture.  Mack Gordon and Porter Jackson have both tried their hand at it - but keep leaving for long trips and not returning for months.  Marika told Caleb he can fill in, and bring students on field trips to get their hands into the meat and potatoes of Rivertown.  You would have thought Rebecca Roberts had planned it that way from the very start...