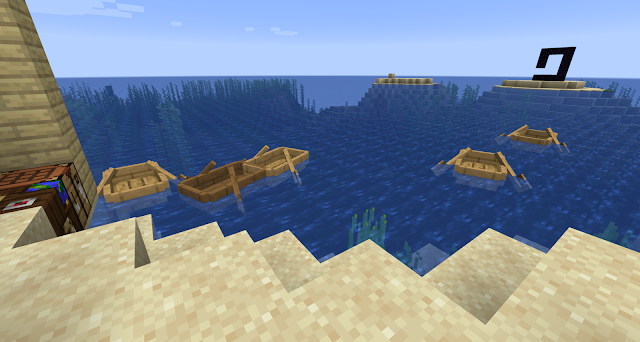 By year 43 the Western Gate was getting quite busy!

Martin Phillips really started something when he built (then busted) the Western Gate at the Spire.  It became a destination and a landmark.

This was the same year Zade Perkins and Martin Thomas headed out with Tan Vandreas to settle Amularia (discovered by Porter Jackson earlier that year).  Martin's older brother Liam took his new wife (also a Perkins, Robina) out to the Western Gate and since his brother was going West, they went South.

They passed through several swampy areas, and saw residents of the 'Southern Clans' as the North City people had always called them, throughout the swamp, including an old Nethergate containing weapons of gold (that sadly, were very old and weak, and none of them were built to last).  Liam took the golden Axe of Sharpness with them, but left the rest in the chest for some wayward traveller that might be in need.

They continued sailing until they saw a birch forest and lily of the valley.  Robina thought it looked like a nice place to grow wheat.  Liam saw three cows milling about underneath the trees and could hear sheep in the distance, and agreed it seemed like an idyllic place to build their family.

He built Robina a little Diorite and birch house and let the place sink into him for a little while before naming it.  Finally, he was out putting up fence and gathering seeds for the garden and the name came to him on the wind 'The White Moor'... and he put up a sign that said 'Whitmoor' that day.  He wrote a letter to Rivertown and gave it to the Trader that showed up to admire the sheep.  A few months later Robina's little brother, Percell, came to see the farm.  However, he rowed away to the West again, and was not heard from again.

Liam and Robina had a son, Kevan, who was born in year 43.  A bit before the birth was impending - Liam returned to Rivertown and convinced his brother-in-laws Donel and Gyro Eastham to move his sister Hennah and Robina';s sister Hyrine out to the Whitmoor Plain and build a real community.  There were plenty of cows and sheep and land they could work.  There was also a rich supply of clay to make bricks and terracotta, which is in high demand.

Donel and Gyro returned with Liam and their wives in Year 43 to form the Whitmoor Community.  They have exchanged letters and trade with the Southern Clans (where Pinescy and Joseph DeCroix hail from) but have not been able to trade for carrots or potatoes, so are planning (in year 46) a return to Rivertown to trade there.

There is so much land to the South - beyond their wildest dreams, however so much of it is broken or in 'highland' such as the giant Arch behind them.  They have spent the past few years just making enough flat land near the shore to expand their fields and hopefully build a kiln shop and wool mill.  They'll eventually need a school, as well, as the Easthams (brothers from the East Native village near Benson's Pointe, and cousins to Rorik's family at Ravenna) are also working on expanding their families. 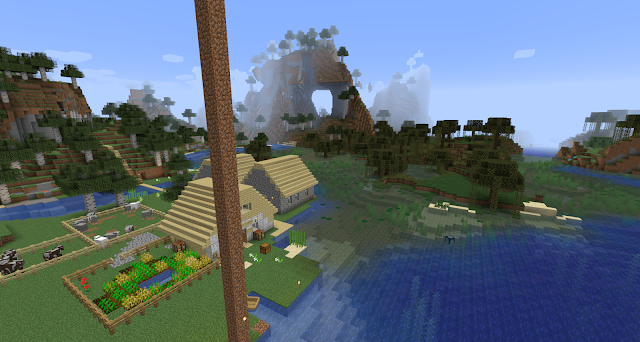