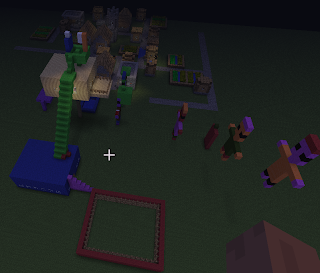 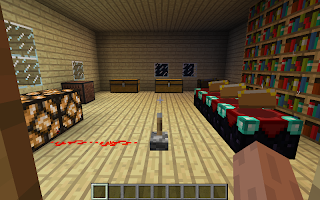 Inside the wooden house.
The blue house below it got full of bats, so she made an 'x' on it and closed it up without doors... but it was furnished almost exactly like the house shown at the end. 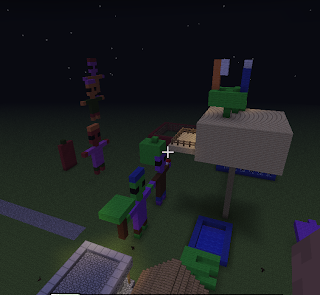 A better view of the green and blue haired people holding the tree. 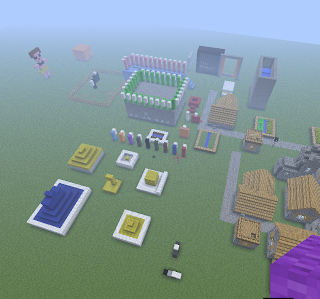 The first toothbrush kingdom with lots of improvements and changes.
The bottles with white caps on them are different flavors of toothpaste.  I was told the golden toothbrush is the statue flag for the toothbrush kingdom, and those are pies around it and a bed and a garden of watermelons. 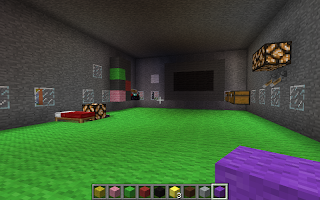 Inside the toothbrush house she has a huge 'tv' on one wall, a multicolored remote button 'for the tv' on the other, and lots of lights and chests.  She says this is a 'beautiful home.'