It would be hard to explain to you what I mean by 'mathematical elegance', but I see it everywhere, and when I get a moment to reflect on it, I try to capture the feeling. Being a synestheseate (senses overlap) it is like seeing music that is too complicated to be heard - deep wide music that stretches over and inside you at the same time.  You are part of the Universe with all of its patterns extending around you, rhythms and melodies and harmonies interspersed with color and light and space. 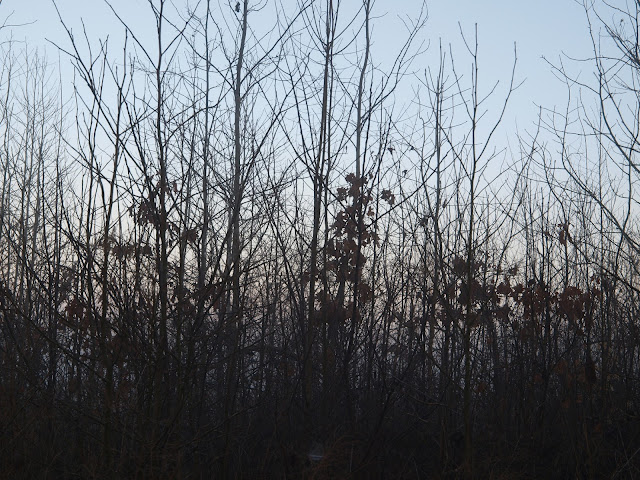 I saw this on the way back from the school bus this morning and it played out a rhythm to me - staccato drums overlaid with a delicate pattern of bells and strings.  I love the way the colors of the sunrise came through as well, changing the timbre of the 'music' within the depths. 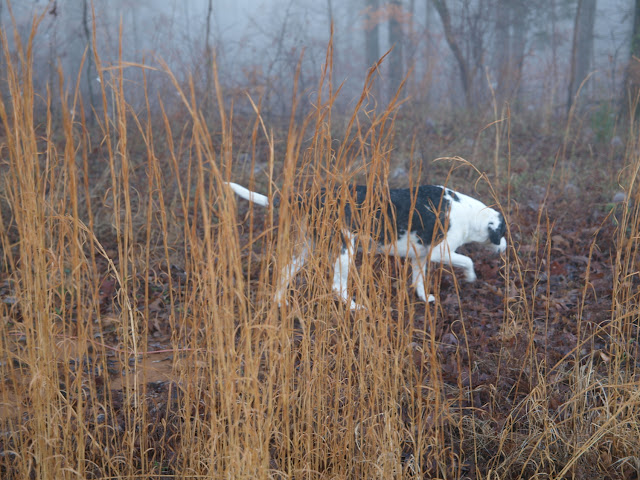 I was going to capture the golden grass in front of the fog, like the high tones of clarinets and other woodwinds and perhaps mid-tone violins in front of a quiet symphony of other small sounds. and then Daphne walked behind the grasses and added her own part to it. 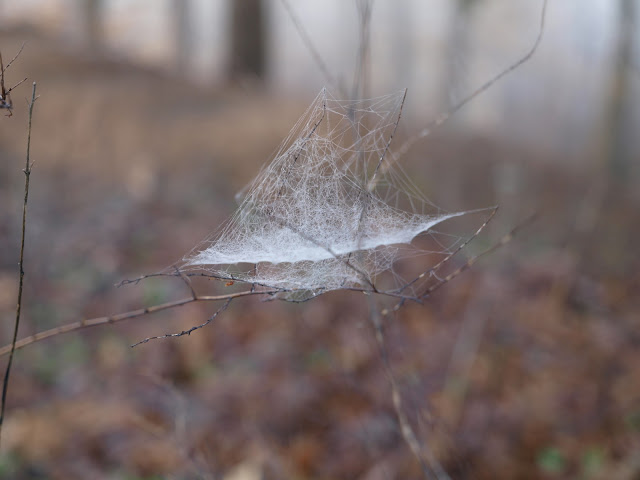 The fairyhouses have their own mathematical elegance, too 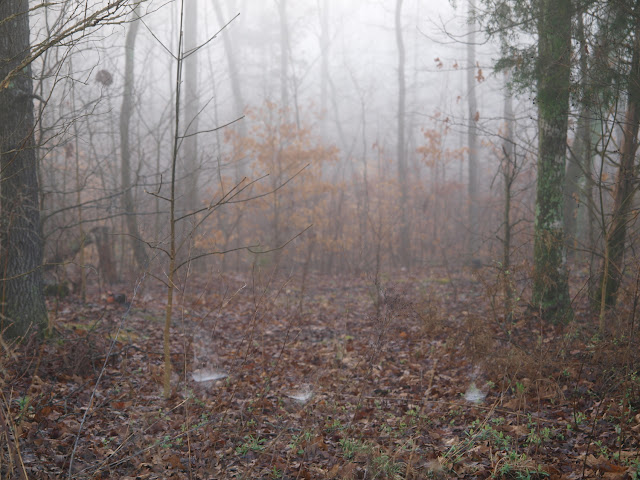 I liked the fog progression into the distance here, and it shows how the fairyhouses are stretched out across the landscape. 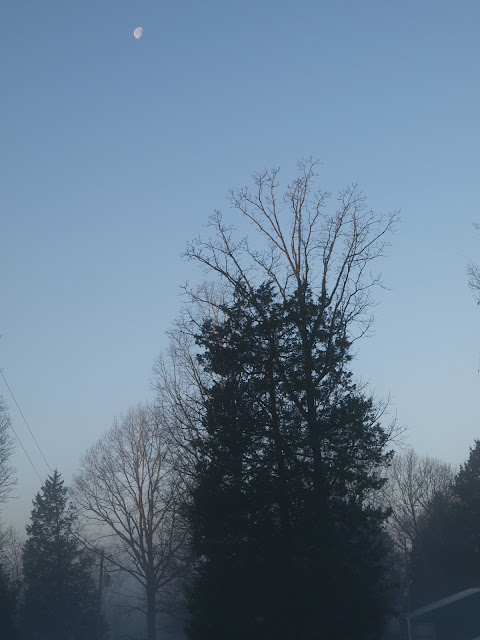 Esme said this was a 'fairy moon' far above the fog.  I liked her description.


// other
I made myself some kitchen towels the other day - the patterns of the blue cacti fabric still clung to my mind weeks after seeing it - so I bought it and some 'Ursa Major' fabric with little stars and bears to go on the backside.  I had cut up some bright turquoise bird fabric that never became shorts (Esme just is too big for me to really make much for her now, the fabric cost to off-the-rack cost almost is the same now) and paired it with some polka dotted blue fabric I had in my collection.  I made three of the bird towels and one dishmat, and two of the loop-top kitchen towels to hang on the fridge. 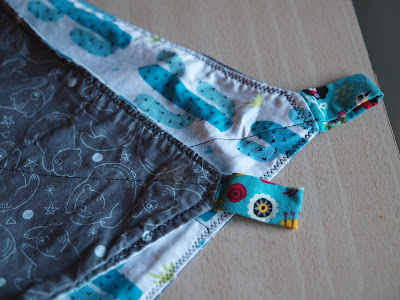 I made little loop tops on them - not extremely useful right now but it cost nothing to put them in - they might be useful later. 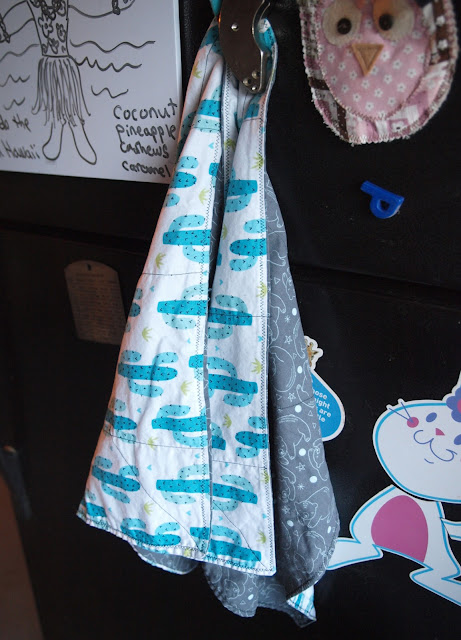 They actually hang on the other side of the fridge - not in front of the door, but there is no sunlight there ;) 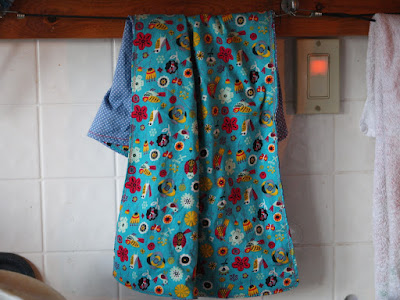 These are very cheerful.  Seeing their colors is like tasting crisp cherries buried in ice cream. 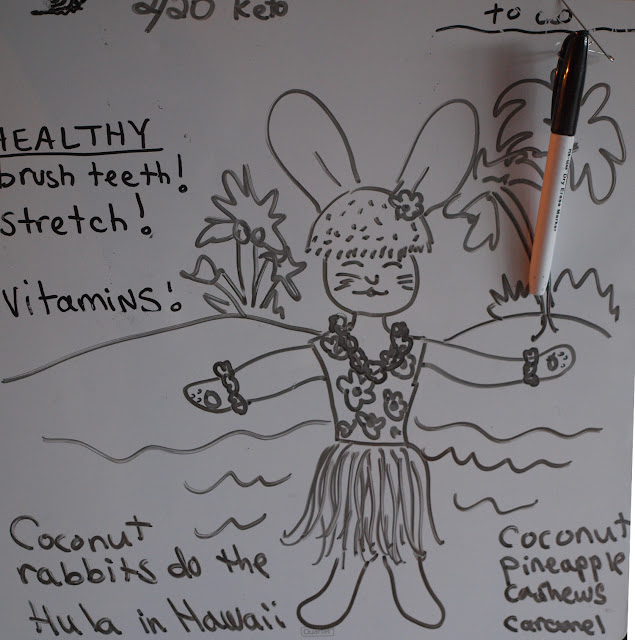 I did this one morning while waiting for Esme to get dressed for school.
We have a collection of coconut and pineapple things on the table to make some granola bars Mark has been wanting.. and I wanted to update the board that previously had the 'rabbits in rowboats'  She has a coconut on her head and is dancing the hula.
Posted by RheLynn at 5:22 AM