Esme's guitar comes in the mail soon.  My algebra and chemistry books come soon...I hope?  I've been doing Khan and am at about 75% on the section in math about dividing polynomials that kept bothering me before.  My Welsh is on the back burner... it's been really busy and I've been tired.  The garden looks about the same - we'll see by this Saturday if anything has come up.  The rain is both good and bad for it.. it needs water, but I worry that the rain/cold will be too cold and the rain might wash the seeds out of their placements.. we'll see.

I'm still tutoring the nursing student in math - Esme is a bit upset about that, mostly because I won't let her come along because it is quite boring and she is still grounded from electronics until April the 5th.  She is really feeling the grind of that now that she is home for Spring Break.  And her schedule is off - she says because I'm tutoring, which actually has nothing to do with it because it was a day on the weekend and I was home before 7 pm *roll eyes* and it will be this Saturday again.

We have agreed to get the girls together for Easter afternoon - although I'm not sure what they will get to do as it might rain again.

I have three days of closing now...*rar* and I'm trying to fight a sinus infection that wants to take hold.  I've found some green curry sauce that might help kick it. 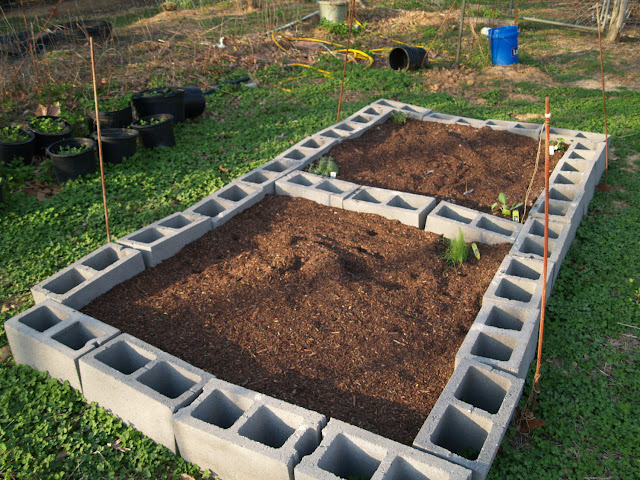 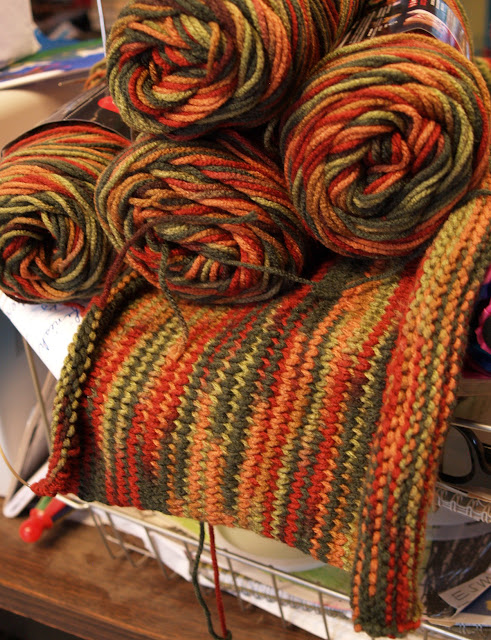 the sweater yarn matches my hat I made this winter

I'm knitting what I think might be a sweater.  I haven't really gotten any measurements for it yet.  I did buy more of the yarn and I think I have enough to get the front and back done.  I need to find a pattern with measurements so I can do more than just guess.  I'm such a terrible pattern-follower it really isn't going to help any other way.  When I made sweaters for Esme I always just relied on the measurements in the pattern and didn't follow the other instructions at all.

Our neighbors are trying to sell their newly built house for three times what it is worth - that;s more than half a million dollars.  A two story house in the sticks!  It is ludicrous... we're not sure whether to roll laughing or worry that they might do it and raise everyone's property taxes again.  I know I'm biased - but it is a very ugly house, fake 'brick' facade and looks like someone pointed to something out of a catalog and said 'this one.'

I met a chemical engineer at work the other day and he said there really was something to the lanthanides and transition metals and crystal field theory.  Something about the crystals producing their own energy because of the structure and the conductivity of the metals being different.  We were doing bathroom cabinets so it wasn't a long discussion - but I want to try to read more again.

I'm trying to read the book 'Moriarty' after finishing the first Ravenhurst book.  And now I have to go look at the laundry.
Posted by RheLynn at 6:25 AM