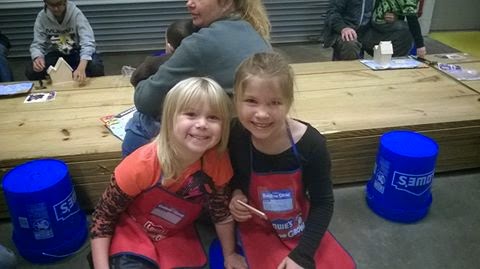 We started out at Lowes early this morning to meet up with friends and build the project.
She did very well and did require some help - but did almost all of the work herself.

She was very helpful and mindful at the Lowes store to stay with us,clean up after herself and say hello and goodbye to people - several people commented on her good manners - which only goes to show the school just wasn't handling her right.  She didn't hide behind me at all while we were there!

We got a pumpkin for carving later, some groceries, some lunch, and came home.
Then Daddy set up the Atari system and she helped clean the parts, hook up things and learned how to use it in her DVD area to switch the video input back and forth.  We played PONG, Frog Pond and Combat together.  I cleaned some, napped (while she played Martha Speaks on PBS), did laundry, talked to Aunt Dot about our homeschooling week, and then it was time for dinner.  I cleaned up some, set up some more areas for homeschool (trays and sorter for nature stuff) and then we disassembled the K'nex rollercoaster from last Christmas and played with the K'nex to make a cube, 'birdcage', swing and practice with the rollercoaster pieces.  She was so happy several times today that she didn't give up and things worked out with a little extra effort. 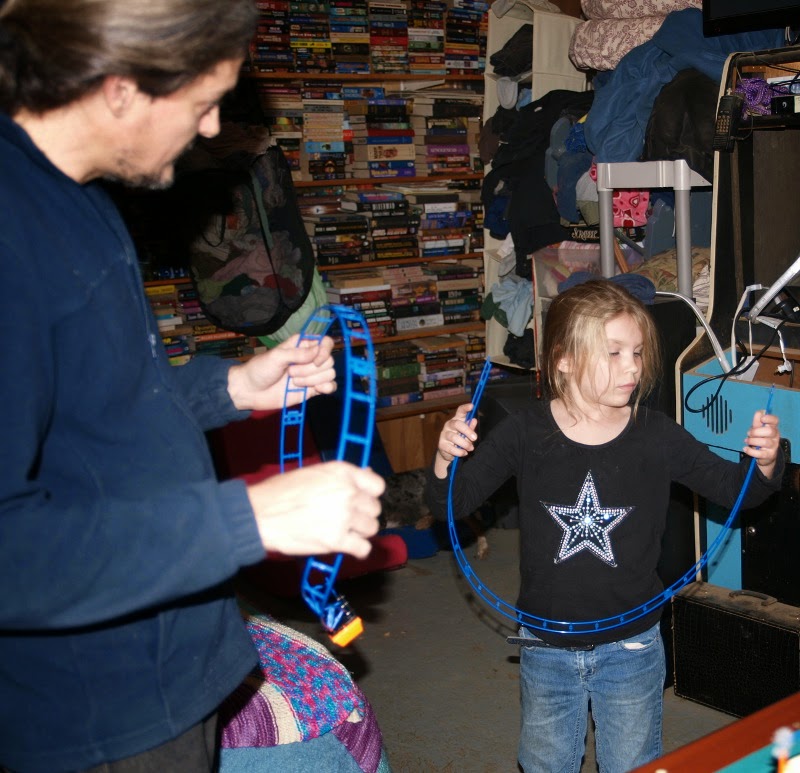 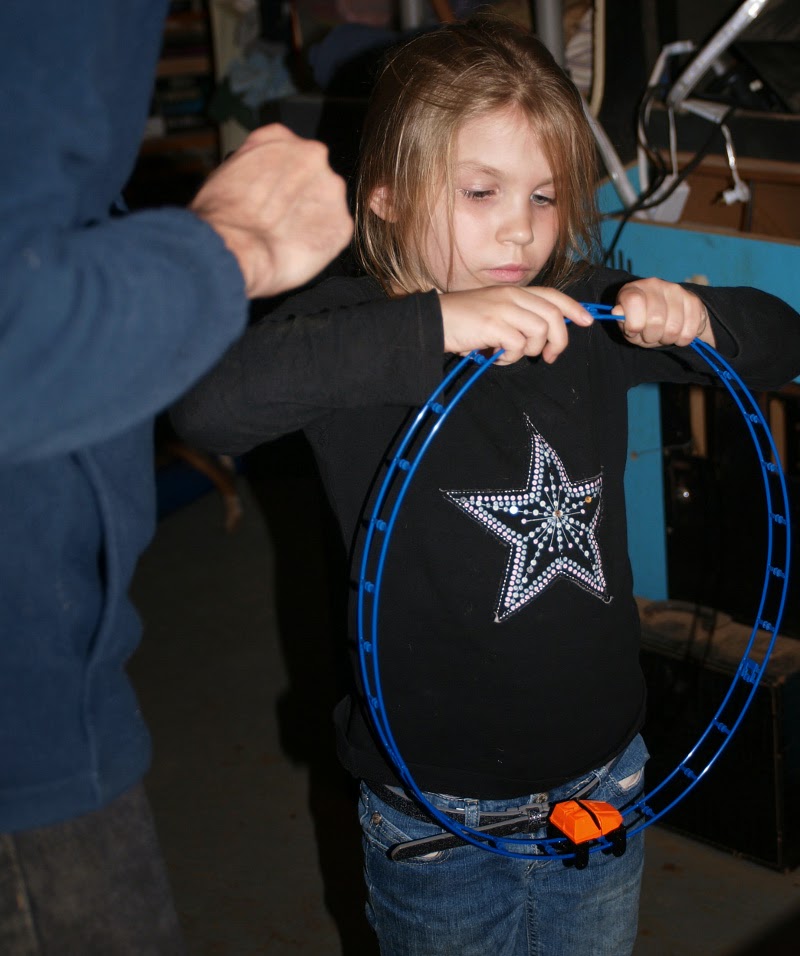 Then Daddy and Esme watched an engineering video about racecars.. and it was time for bed.
We decided that was a day we would mark 'present' as school - because she really did a lot of hands-on building things and was doing a lot of thought while playing the Combat and PONG games about what to do and when, and why.  We discussed the 'ethics' of Combat.. she didn't want to shoot at my tank.. and then we decided to play it like tag and she laughed a lot about the way the tank spun when it was hit... so she got over the freeze-up at the idea of hurting the tank when it didn't disappear.  She hated Combat 2 though, so we went back to the regular Combat.

There was more rollerskating, and weight-lifting, and some running around outside after the rain stopped.  She even made an attempt at tying her shoes.  I didn't make her do a journal for today, though..   Tomorrow, we hope the weather will cooperate and we will invite our friends over for fishing!

transition :  We've talked more, but she still isn't entirely certain why we are homeschooling her.  She doesn't think there is anything too bad about it.. she wants to go places and do things and homeschool actually makes that MORE possible - since she is not gone from 6:30 am to 3:45 pm every weekday.  She really wanted to initiate the building school late tonight, even though it is a 'weekend'..   She has been mindful about expressing her thoughts on seeing friends, thinking about time (discussion of earlier and later, and what happened years ago vs. what will happen in a minute or a second from now).  She discussed, by her initiative, listening when we have to do things, that she had not thrown a fit leaving Lowes even though it was tough leaving friends, trying hard on things, and trying to give us time to do other things (like fold laundry, or write this post) and wait patiently.  All of it is very good progress!  I love to hear her express her reasonings out loud to us again - it shows she is really working things out and remembering what she has learned.

I noted that she had her Indian village playmobil set up inside her spaceship toy (the one she can fit inside and has been drawing chalk graffiti on all of the walls of for months, including the 'best day ever calendar' I saw a few weeks ago)... space Indians ;) We are missing a few pieces but I was impressed as she has not shown much interest in that toy set since last Christmas...pieces were scattered to the wind last I knew about.
Posted by RheLynn at 6:48 PM