End of a long week! 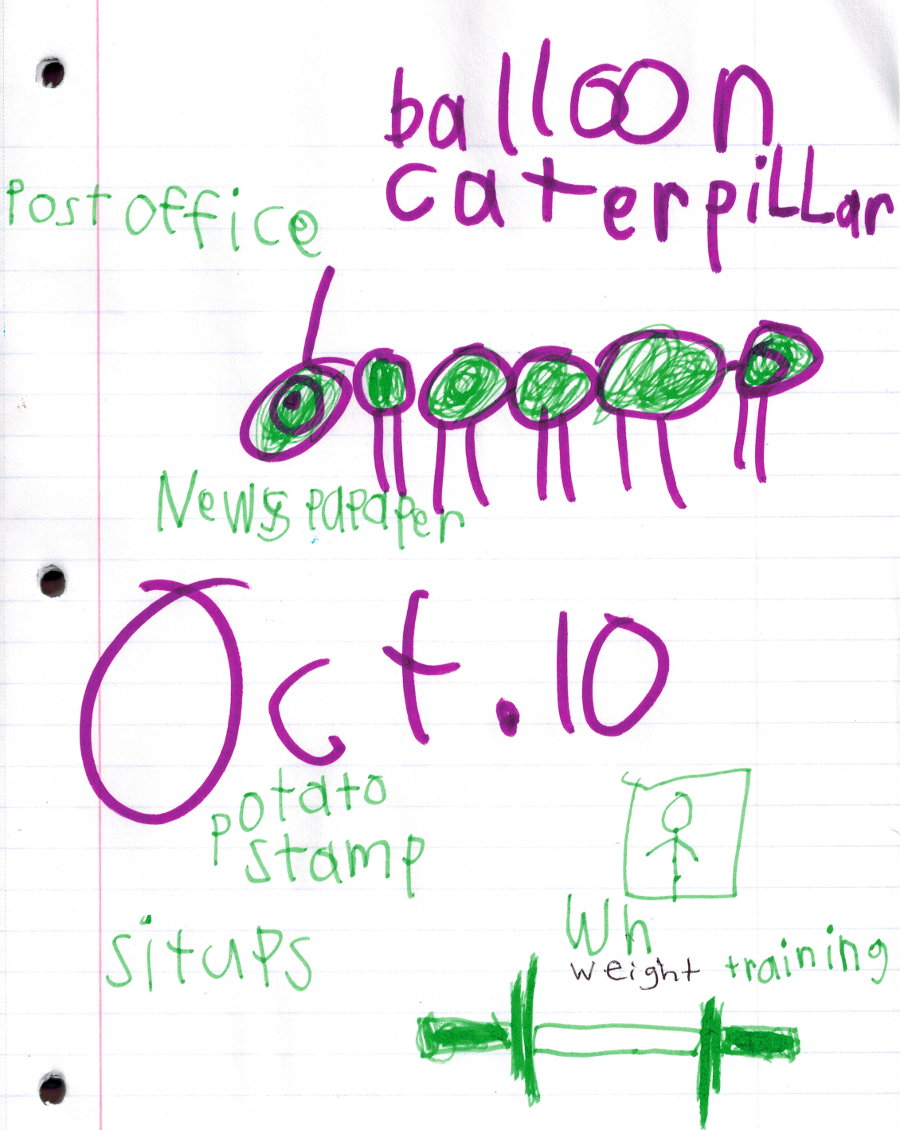 We started out very early this morning with post office trip, allowance spending at a store, grocery store (discussions about refrigeration, how to wear a belt, how to weigh food to tell how much it costs etc..- the scale use was her initiative)  She bailed a little on the actual figuring out of how much the bananas cost, but was with me up until then,and I found the actual figuring of the cost was sixth grade math - so okay. Mark did some triple number addition with her later in the afternoon... she said she was scared everyone would laugh at her if she was wrong.. but he reminded her that the other kids weren't there to even see, and she then started to ask questions and ended up doing every one of them well.

Mark read the local newspaper with her, she wasn't that interested in the articles. However, she unexpectedly zeroed in on the sports section and they discussed the figures and the recordings of the games some.  Lots of rollerskating and some weight-lifting with 5 lb weights she helped pick out at the store and assemble.  She played Starfall on the computer, and they made a caterpillar model with a balloon and pipecleaners, and potato stamps on kraft paper with paint. I will try to get her to make a journal entry for the art, at least.. but she has had a long day and it is nearing 9 pm...

And we've had a long week!  Our first week of homeschooling.. and it was quite tiring, but we realize now just how much we have been missing on both sides of the equation.

I have promised her 'regular kid' weekend.. she can go to the art project at my work, get a pumpkin and decorate it, sleepover at Grandma's house, and maybe play at a park or go fishing again with her friend if the weather cooperates.  She said she really liked the week - it was 'great', but she is a little uncertain still.  She really wants to go to a rollerskating rink ;)

Speech services:  We were offered a chance to look into getting her speech services at the school while homeschooling.  However, we are using the pragmatic speech activity suggestions (real life town tasks, meeting coworkers, friends, elderly adults etc.), audio playback for self-recognition (has helped with the gasping in between words while reading) and perhaps in the near future sign her up for a voice lesson to see how that is received.  She needed 'different' than articulation speech, which was what was offered - and this is a better road for her homeschool course.
Posted by RheLynn at 6:46 PM