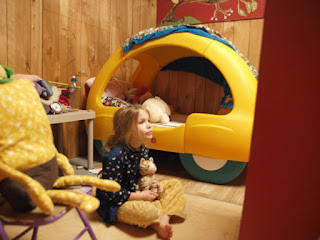 Sitting with Kitty, Sponge bob and an imaginary friend watching 'cartoon' on the magic show box we made months and months ago. 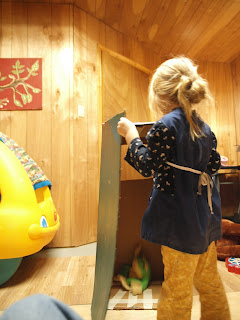 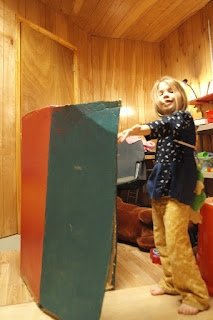 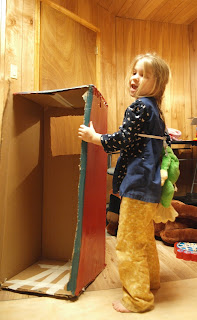 Having a magic show.  Abracadabra, and he is gone! (not really, he is behind her back) 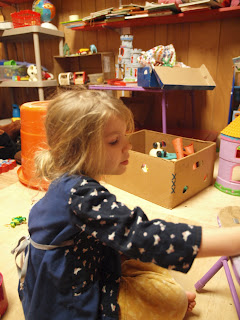 Concentrating on her lego mini figures

Oh, and she wants a pony, that talks... gotta record when that first happened ;)
I had to be her new friend Sponge bob and talk for him while she gave him the 'tour' of the room.. although he has been there for months.  She gave Sponge bob a great description of her room, that he was on Earth now, and not in Bikini Bottom, and that Mr.Krabs can't reach her piggy bank because he is no taller than her and she can't reach the shelf it is on either.  She showed Sponge bob the Earth map she had (Solar system poster) and told him all about her birthday party and Dreamlite and when Gwennie came to play.
Posted by RheLynn at 8:31 AM