I dug into some old artwork of mine today, as I wanted to make a small print version of the first one here.  Took some pictures before I put them away again.  This was from my linguistic surrealism / expressionism drawing phase that I graduated through college at NDSU (North Dakota State University) with.  Lots of ancient art inspiration and looking at picture languages of the SouthWest, Middle and South Americas.  There is also a bit of Picasso that shows up.. but that is likely because he was inspired by the same things, as well. 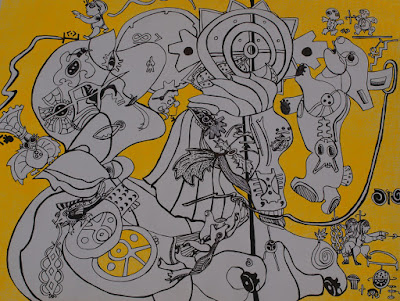 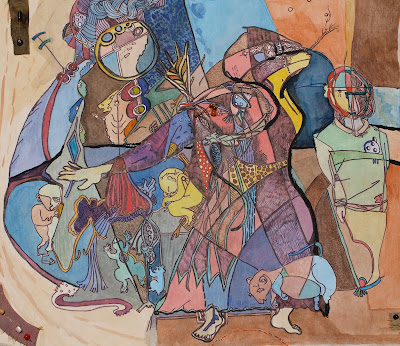 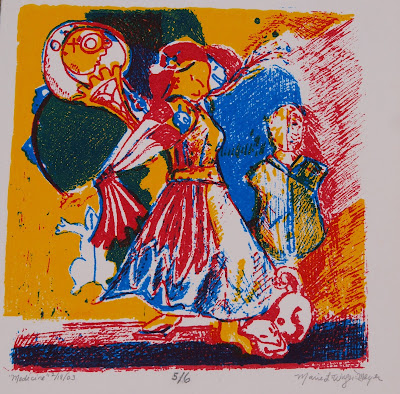 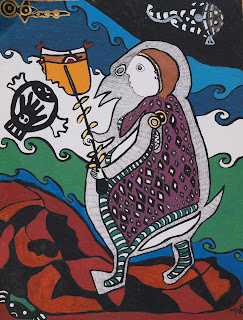 2002 Marie Winger (now Lamb)
A medieval penguin .. this looked very similar to costumes of the Black Plague Priests after I looked up people in bird masks.  However, I have no idea where the original imagery idea came from. 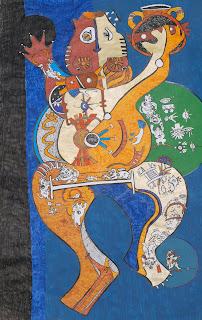 The Evolution of Cosmic Bear 2002
this tells a story about how Cosmic Bear went to the underworld and came back with his weapons.
It was a made-up mythology story for some of my drawings in my class.  There was a whole mythology of Cosmic Bear being abandoned in the Silver Forest, adopted by Fox (Cosmic Fox), and taught all the things about the Universe, interacting with humans and other Animals in the Forest and becoming a force for Good.
Posted by RheLynn at 12:30 PM