It is officially the last day of school - Esme was off this morning and will be back on the bus this afternoon. 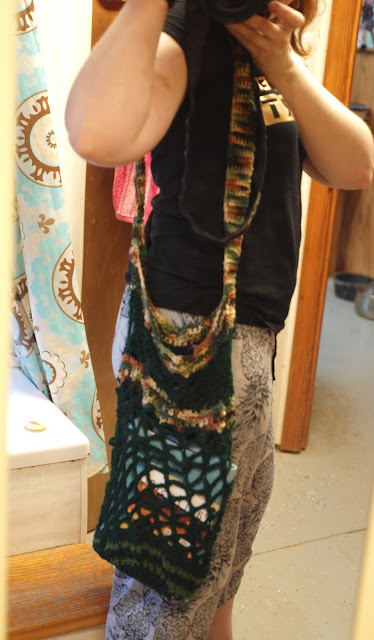 I made a thing.. a mesh bag.  I haven't made anything in a while, and I wanted to use up this remnant yarn I had untangled and balled up the other day.  The colors could have been better matched.. but I ran out of the other green and there was a skein of the camo to use up, too.  It fits my tablet and thus, many books - and could probably carry lunch or frisbees etc etc..  I wanted it to sit down on my hip, and it does. 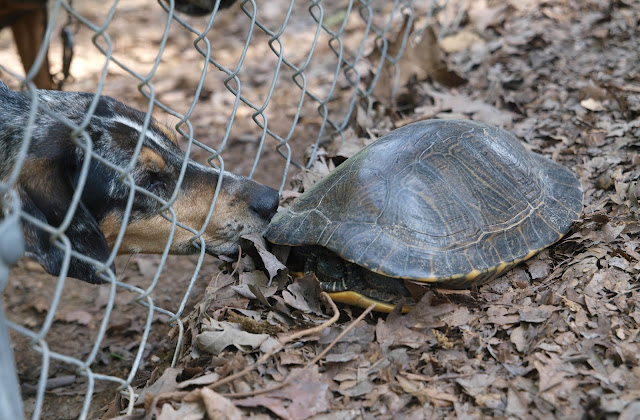 Mark rescued a mud turtle the other day that was trying to lay eggs by our fence.  He said she was digging in the leaves with her back legs and dripping 'snot'... so he was pretty sure that was her intention.  Not a good place for it, though, Mama!  The dogs were doing their 'snakebark'... they can't tell the difference between turtle and snake.  They really thought he was going to chase it and were confused it didn't 'run' as snakes do.  Mark picked it up and put it in the woods a bit down away, towards where it could find water and a better place to start a family.  The depth of field he caught on the pictures is beautiful, and the expressions on the dogs' faces, as well. 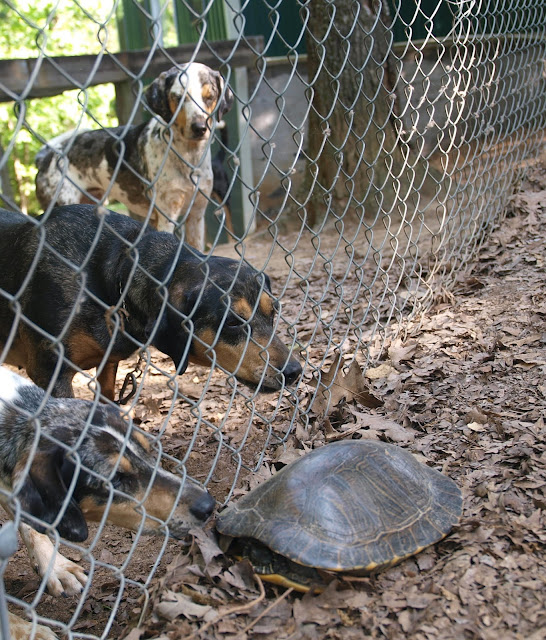 Catahoula leopard dogs - at least all we've ever had, have a very distinctive 'snake bark'.. it is short and choppy and repetitive and different than they bark for anything else.  The problem is they can't tell a turtle from a snake.  It all just smells 'reptile' to them.  They look at you like "These 'rock snakes' are very strange.. can you explain those?"
Posted by RheLynn at 5:51 AM