Minecraft Snapshot world 1.17 : The Hunt for the Geodes

Had a day off, and got this world to load in the Snapshot mode (with all the new materials) and worked a bit more on two of the three stations here.. this one is Three Torches Mine (and farm). I was spelunking a lot and looking for a geode cave (not found yet) but did see this axolotl wandering around in a mineshaft. 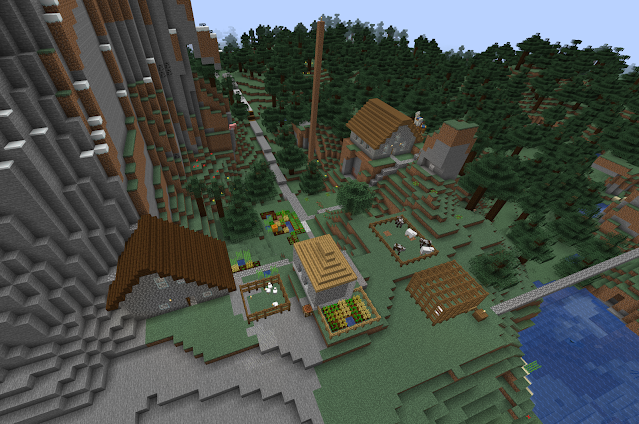 'Three Torches' Mine and Farm
There is a pen of pigs behind my spire here, as well.  And, this is where I found the goat and built a pen for him that he couldn't jump out of.  I just kept adding a few more structures to accommodate more chests and furnaces so I could go about processing ores, making glass and burning terracotta. 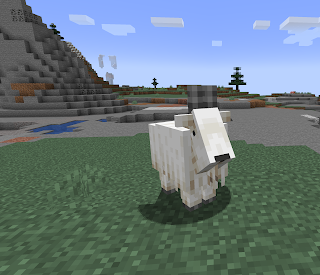 I seem to go in cycles between doing all the farmwork with the fields and animals, cutting trees down and replanting, and going on deep mining expeditions and coming back to process stuff.  There are three deep mines here, with two separate mineshafts, one little and one long.  There were several areas of 'tuff', but I didn't find any amethyst geodes.  Some of the things I am reading now say that it is not in the tuff anymore, but in the deepslate.
I guess I keep poking around and looking.  My daughter says she just finds them by flying around the world and looking down in ravines!  I'm doing a more survival approach here.. and this is my third station.  I worked a little on the second station today, as well - adding more sheep, some cows, and preparing to make a second map wall there. 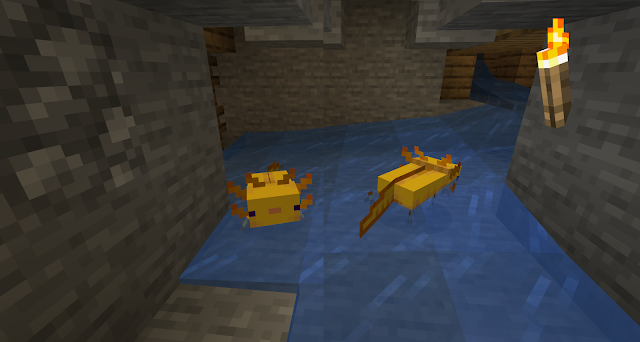 There was only one really, but I superimposed the screenshots to show all of him.

In real life today I didn't have to travel anywhere, which is good because of the fuel panic everyone is crazed on right now.  I did fill up after my trip the other day, so my trip Friday is covered - but wth people, stop it - some of us deliver medical equipment and need to work!

I made some nice rice with carrots and parsley, and baked an acorn squash.  When I brought the squash up to the checkout the other day the young man looked at it and said 'what is it', to which his trainer turned it over and pointed out the label and said 'it says it right here - it's an acorn squash'.  I might be one of the very few that ever buys them there - but I do try to buy them every once in a while to make sure they keep them!  The chickens love the seeds, too. 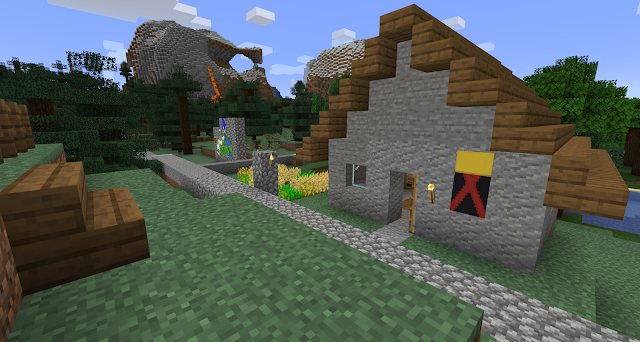 'CrissCross' Farm, the second stop in the Snapshot world along the roadway, and it has a much more complete map wall, since I found more materials here and started working on making the road complete.  I'm expanding up to the North from here where there are some interesting-looking deep gorges to explore.  So, as I do that this place CrissCross  will actually end up being aptly named as the 'crossroads' of the world. 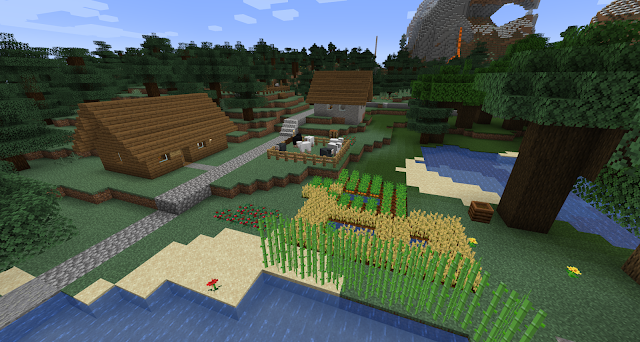