Rudbeckia weeds loved by chickens, garden in April and hostas 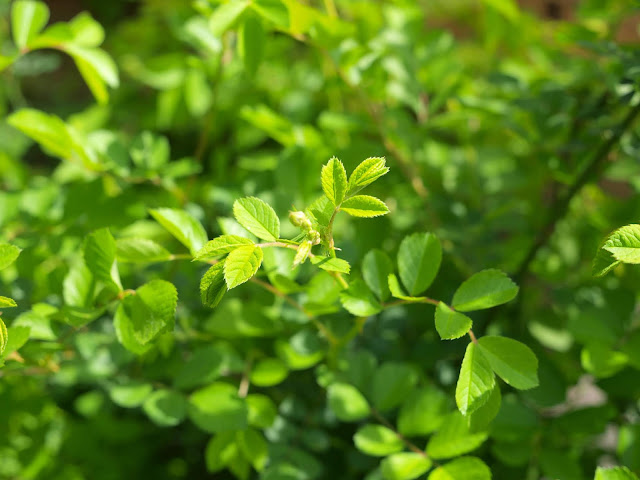 Our Cherokee Rose bush will have white flowers in a few days.  This is what our goat was trying to eat behind the fence the other day.  When it blooms the flowers will be so fragrant. 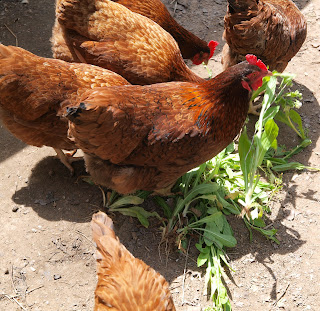 Our little red chickens have been loving the 'rudbeckia' weed flowers I have been feeding them.  They are giving us four to six eggs per day, little brown ones and once in a while a bigger one. 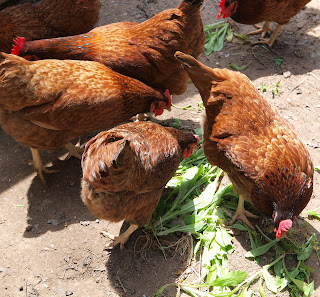 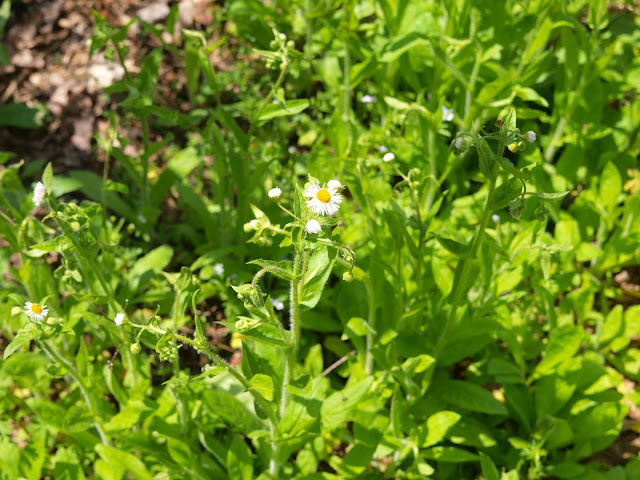 This is what they are eating.  I have called it 'white aster' in the past, but the Tennessee weed gallery I found a few weeks ago called it a relative of the black-eyed susan, or rudbeckia plant. 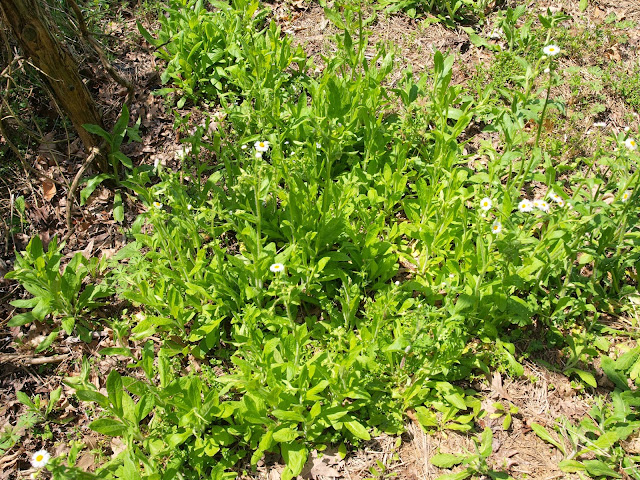 and this is what they look like from a bit back.. they are behind the area I tilled outside, so they are going to stay there and be good chicken fodder when I need a handful of something they can eat. 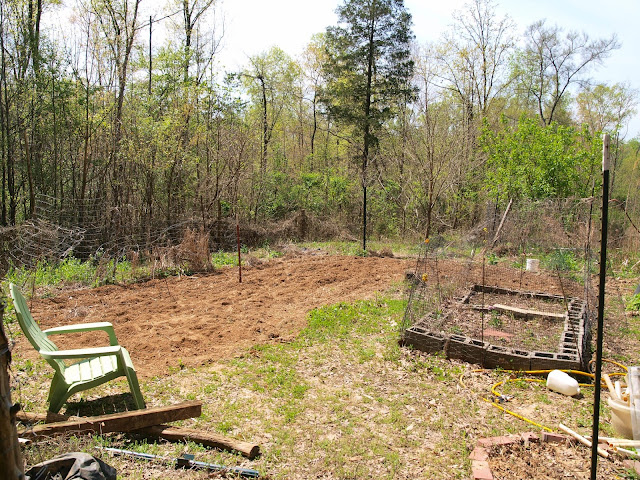 What the garden looks after my work yesterday 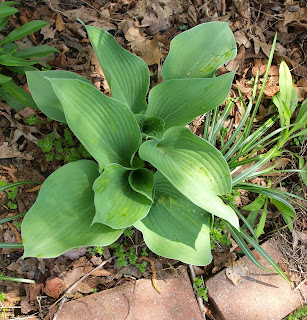 The 'Blue Angel' hosta
we have several of these coming up 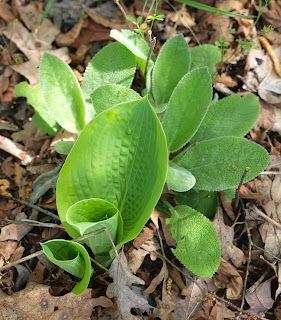 The Frances Williams hosta, it will get a lot bigger!
And Esme's lambs ear plant behind it.

The Blue Angel always 'gets up early' in the Spring.  The Frances Williams starts to come in behind it, about now, and the Aureomarginata won't wake up until the first week of June or so... and I am not sure why but it just is always a late riser. 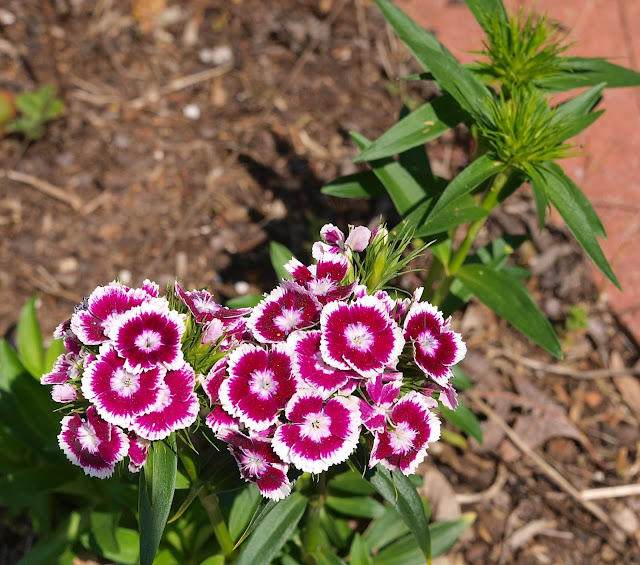 My mom used to call the perennial version of this (biennial, I've actually learned) 'sweet william'.  That was in Minnesota.  We grew them around the side of the house in town, with lilies of the valley, blue grape hyacinth and tiger lilies.  She had bluebells on the other side of the house, and red Appledoorn tulips.  I was always so fascinated by gardens, even back then.

So this is actually a biennial - and then it reseeds itself every year from the first plant, and becomes 'almost a perennial'.  It is a fascinating little plant.  The edges can be fringed, like this one, or smooth - depending on the variety.  It can come in a wide array of pinks, reds, whites and purple combinations.
Posted by RheLynn at 11:22 AM