I know I've posted this in little bits over the years, but I was feeling it this morning.  And, I promised not to embarrass her online, which I am taking to mean Facebook.

But this isn't embarrassing.  This is gratitude. 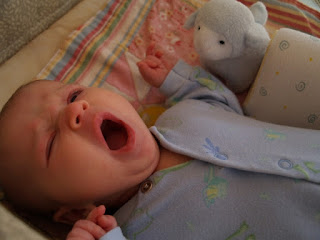 There almost wasn't an Esme.  And we wanted her, very badly.
It was March of 2007, and Mark and I had been together for a few months.  We had decided we definitely wanted to be parents.  We had been thinking about it all that time, and we were really certain.  I was really underweight, from issues with my previous marriage, and had really low blood pressure that led to dizzy spells that were off and on all my life.  We went to the doctor to find out what I would need to do be healthy enough for a pregnancy.  And they did bloodwork and other tests, and came to tell us the results.

I remember the doctor had a funny look on his face when he came back in the room.  He asked us if we were certain we wanted to be parents, and if we could work through things health-wise to be there.  We said yes.  And I remember he looked at us with a relieved expression, and the nurses leaned in the doorway at the same time, and he said 'Because, you're already pregnant.  Only a month, give or take a week.'  And we were happy, confused, and a little worried!

AND WE WAITED.... and there were complications

They scheduled me for an ultrasound, and we went home.  We didn't tell Mark's parents yet.. but they told us later that we looked like the cat that ate the canary, and they knew something was up.  At the ultrasound a few weeks later though, they gave me some semi-bad news.  The embryo had implanted really far down in the uterine wall, in an 'odd' place, and was not attached well, and there might be problems, especially if she continued to grow there.   Of course, it was much too early to tell 'she', but I'm going to use that anyway, because it was Esme.

A few weeks after that I had unexplained bleeding.  That was a bad sign.  I was trying to do everything right, but they said I had to take it even more easy - because of how she was attached, or we might lose her.  Another ultrasound was planned for twelve weeks.. and they said they'd know for sure by then if she was going to be 'viable' or we'd have to try again.  I was pretty worried and didn't really know what to do.  Mark tried to help me the best he could.  It was out of our hands, and we had our hopes and our doubts.  I know I made a lot of art at this time, and we were doing work for his parents, programming and such.  We stuck together and waited until the ultrasound date.  The bleeding went away, and that was a better sign.  Sometimes, that just happens, they said.

The twelve week ultrasound was both good and bad.  She was in the same position, which meant she was going to be attached there for the duration.  But, she was firmly attached.  No more bleeding, no more worry that she would suddenly miscarry that way.  They scheduled the next ultrasound, the one where they tell you the gender.  We told Mark's parents finally.  They were going to have a grandchild.  We actually started planning to be parents, and asking each other about names and so forth.  Mark suggested Galadriel and Calliope for girls, and he wanted Nikola Tesla for a boy.  I vetoed Galadriel and Calliope, and we decided on Esmerelda, from the Terry Pratchett character Esmerelda Weatherwax.

AND WE WAITED.... with hope

At five months the ultrasound said we were having a girl.  Everything was fine except the way she was growing, which was sideways head to one side and feet to the other.  They said it wouldn't matter for a few more weeks because she had so much room in there, but it would begin to matter more if she didn't turn by seven months.  We went to Hamvention in Ohio.  I felt her kick while we were on the way there, like a butterfly dragging wings down the side of my stomach.   I remember that moment as cruising in a van, at 65mph on the Interstate, with Mark driving and Zeppelin playing on the speakers.   Over the next few weeks she would kick hard and press her hands against my stomach so firmly we could see them - and she loved to hear Mark laugh.  I could feel a physical bouncing rolling response from her when he laughed.

She hated tea (so hard in the South!) and burned meat or toast etc.  Those were the only two things that made me nauseous during the entire pregnancy.  There was once she made me drink an entire gallon of orange juice in a single day.  I hate orange juice.  I drank gallons of milk, too, and craved strawberries and fresh, not cooked tomatoes.

It all went pretty smoothly from there, normal fears and such.  I gained a lot of water and they were a bit worried about that, and stresses on the heart etc.  They were worried about transept and c-section right up until two weeks before her due date.

I was sitting in the middle of our bed knitting something for her and suddenly it felt like someone had grabbed my very core of my stomach and was wrenching it.  I sat up as completely straight as I could, standing on my knees (which is hard when you're nine months pregnant and full of water) and it felt like an alien was at war with my stomach.  She turned at that point, they told me later.  She was head down and the worry of c-section had diminished dramatically.

IT LOOKED ALL GOOD .. finally!

They didn't know if she was going to arrive early, before her due date, or late, being a first baby.  I was given a wide range, two weeks of possible birthdays, and to just 'watch for the signs.'  I was FULL of water, and a bit cranky, according to Mark!

A few days before she was born we went to a Zale's jewelry store to ask them about resizing my ring, and to buy Mark a better ring.  There was a very old lady behind the counter, and she had advice for me.  She said to go home and have Mark cook up a very big kettle of spaghetti.  I was to sit down and eat as much of it as I could stand.  She said the baby would arrive within the week.  She did, and today is her birthday. 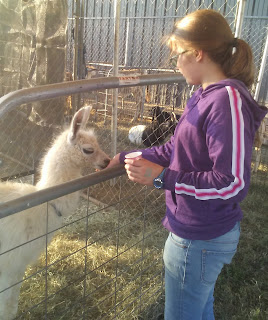 We were pretty lucky, but I was definitely feeling this today.  She's twelve!  And she is wonderful.  And we are so lucky and proud to have our lovely girl.
Posted by RheLynn at 8:07 AM