This dog was lost over July 4th weekend and someone I knew from Lowe's had posted about her.  I looked at how much she was like our other dogs and sent a few pictures to Mark and he said 'you should tell that person we'll take her if they won't keep her'.. because she looked like she had some real personality and that personality 'resembled the everything of our dogs'.

so next thing you know we are picking up Charlotte (the lady who found her named her) from a house in Paris.  She had been there a week and they couldn't keep her - but neither they nor I wanted to see her in a shelter.  It's obvious looking at her head she has some Pitt bull in her, so she probably would not have fared well at the shelter. 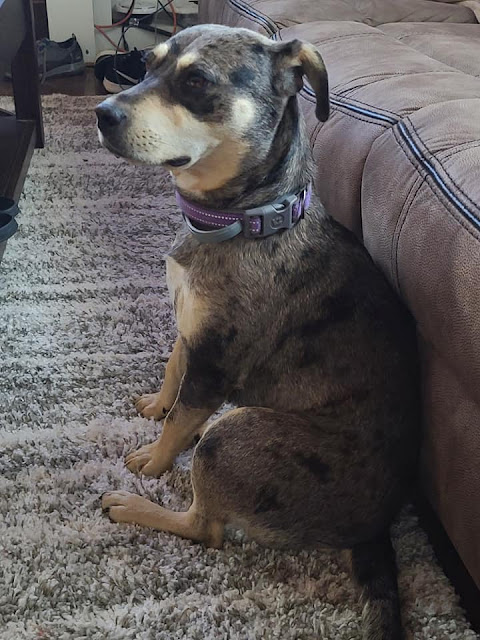 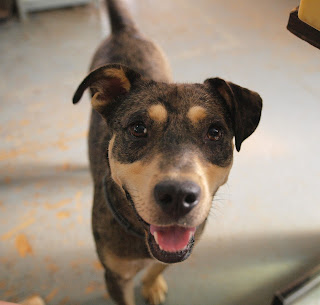 the vet at Lakeway said they thought she was a blue heeler and pit bull cross, about 2 years old or less, unspayed female  If she does have owners looking for her, maybe they'll find her this way but we will need some pretty good evidence that she is theirs, pictures and vet records etc.  We will have her spayed in a few weeks if no one calls us or the original finder about her.

She is energetic.  She won't stay off the bed - she sleeps up against my back. She loves toys and stuffed animals - but luckily has not chewed anything up here.  She knows about chickens, and how to properly behave around them, and knows cats.  She does not know goats, but was willing to steer clear of 'weird dog' the first day, then got a little barky the second.  She is 'handsy' with her paws -likes to put them up on my knees and probably liked to be a lap dog when she was smaller.  My Sweetie is jealous that Mom would dare bring another dog into the house, much less let it on the BED which she has always been told not to be on *sigh* I tried to keep her off - she said the other dogs would pick on her and they kind of did...anytime she tried to lay down anywhere else someone was prodding and jumping around her. So, I gave in.

Daphne and Nova aren't too hot on the idea either, but do like to go for walks.  Minerva says 'puppy...big puppy' and just wants to make sure she keeps her dignity and that Mom will still feed her curry and eggs.  Spud says 'puppy .. energetic female puppy' and tolerates her - he was the ambassador we brought with and he said 'if we have to' and was quite diplomatic about bringing her home to introduce to everyone else.. just a little snap and bark and sit still and not on me in the truck all the way home.

Rex is glad to have someone to bite, but also his dignity is hurt getting bit so much.  They're warming up to each other.  She is about his age, maybe a little younger, and now she is the smallest dog here!   She walks on a leash nicely, but really really likes walks, as well - so she will get bored and sigh when walks have not been sufficient.. even with yard time.

Someone loved her - they put two collars on her, one purple and a flea collar.  Someone maybe couldn't keep her.  She obviously had a woman owner, because she bonded hard to the lady who found her, and now she is laying at my feet or at doors I go out of etc.. sleeping up against my back (as I said a bit ago).  She does not like lighters, fire, or spray cans.  She cowered once when I picked up a laundry basket and swung it over my shoulder.. but she cues off the other dogs, too - and has decided it is okay when sounds are scary as long as the others say it is. 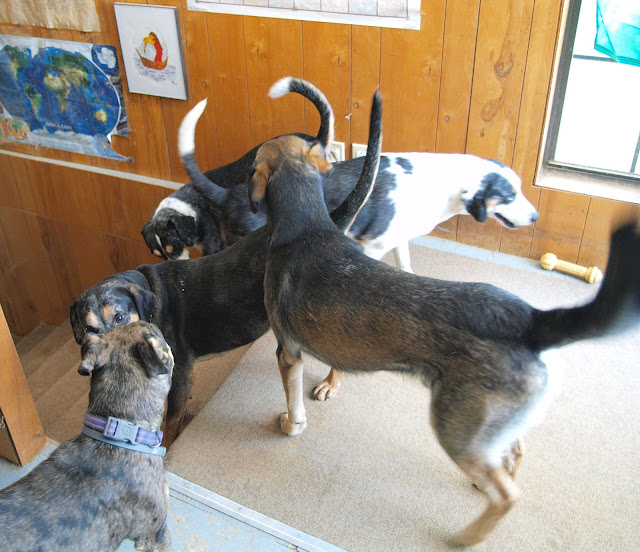 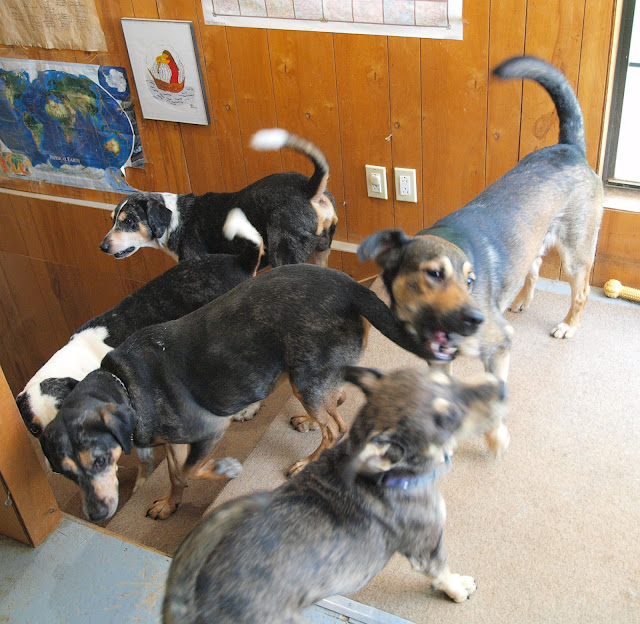 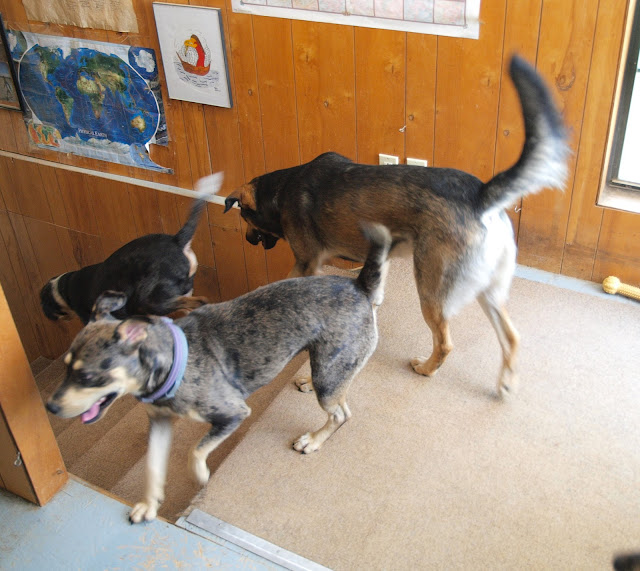 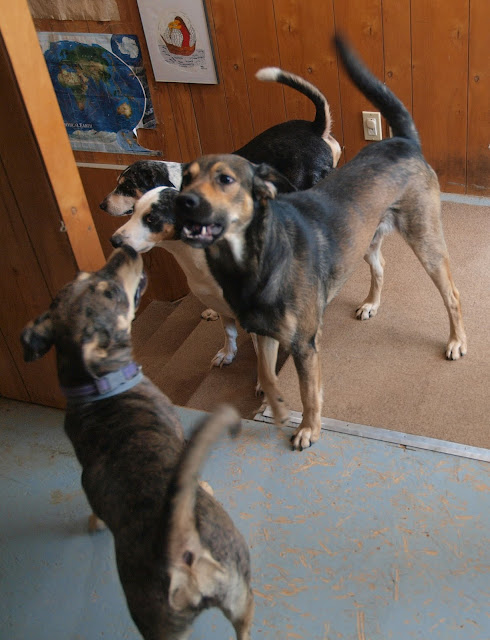