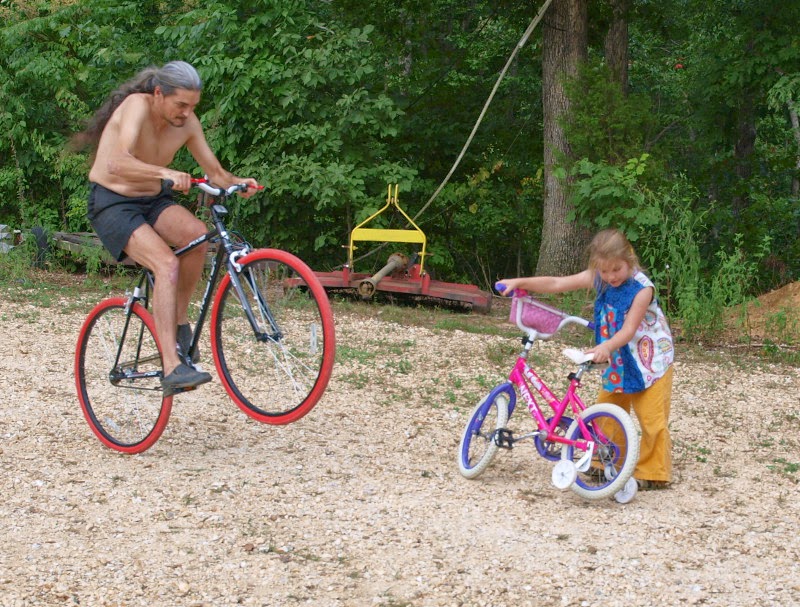 Esme has had her bike for a while, and is getting better on the gravel with her training wheels - but it is tough, especially on hills!  Mark found this bike on clearance and has been researching them for a bit.  This one fit most of the bill and the price was right.  He wanted something we could share, ride on the gravel and the hard road, and would stand up for a while.  It is a men's bike - but if I'm not on a hill I can get it started. 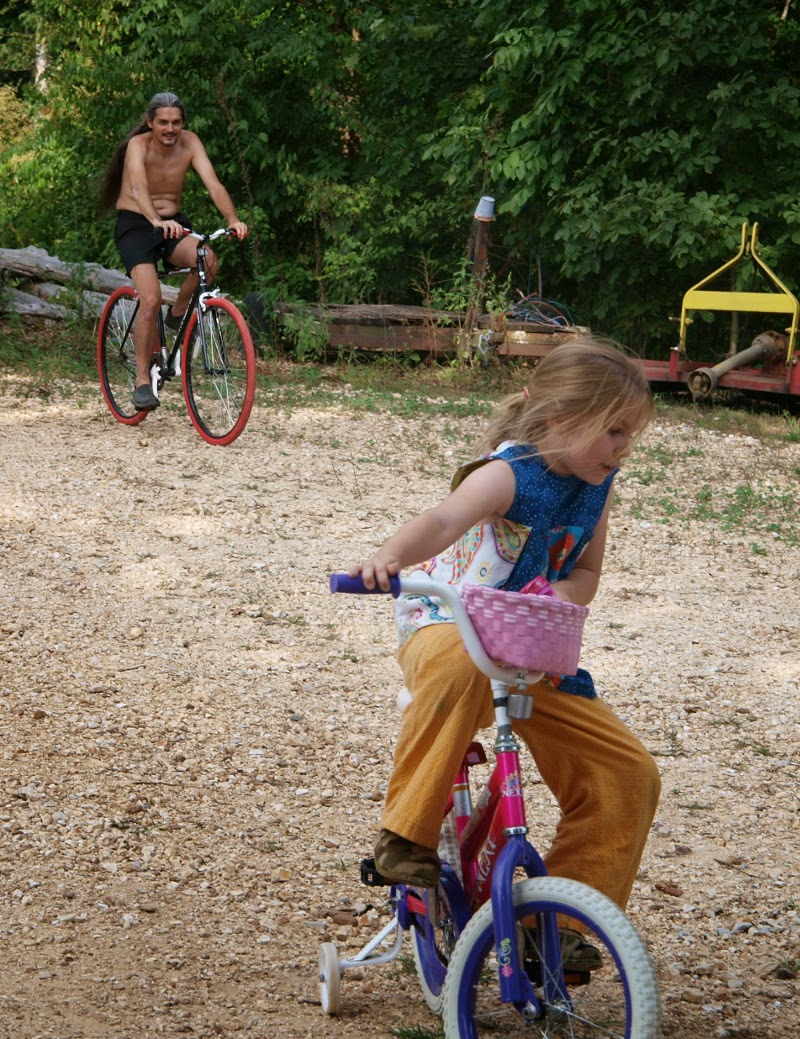 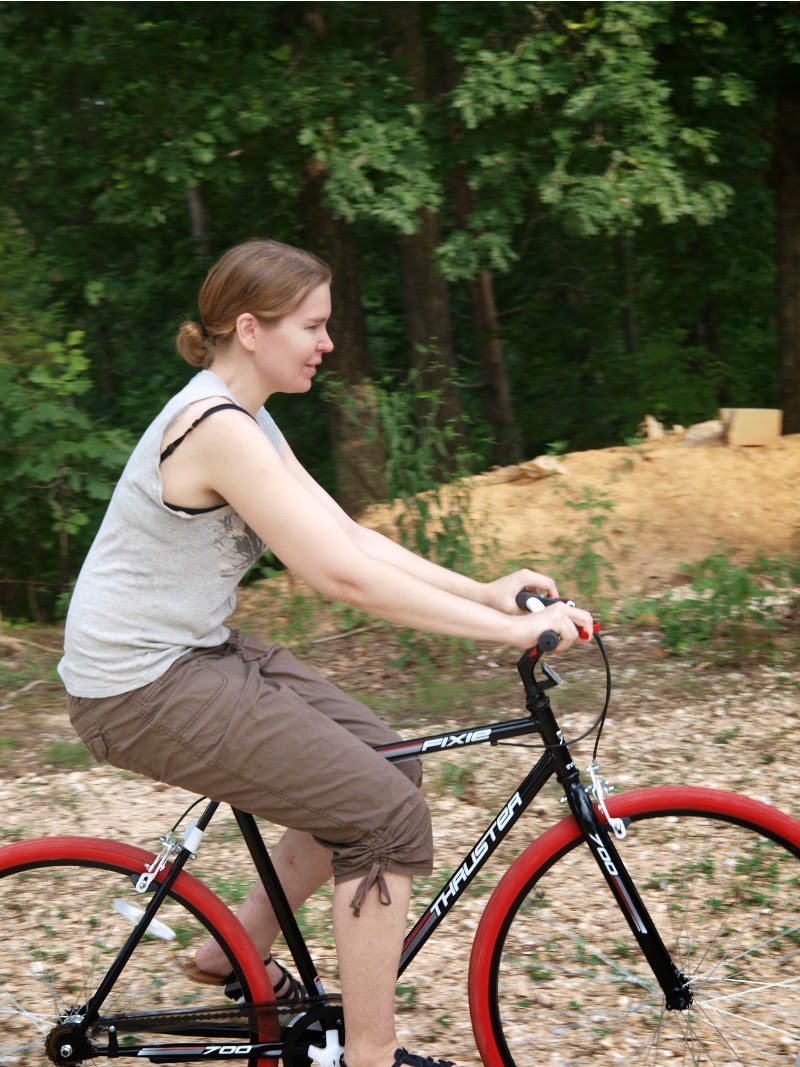 Taking it for a spin just a bit around the yard.
I'm getting over the cold I had - and had Esme out to town, today although that hit me hard when got home.
We got some great library books I've yet to get out of the car... and we set up her school study place again to be clean, organized and ready for next school week. 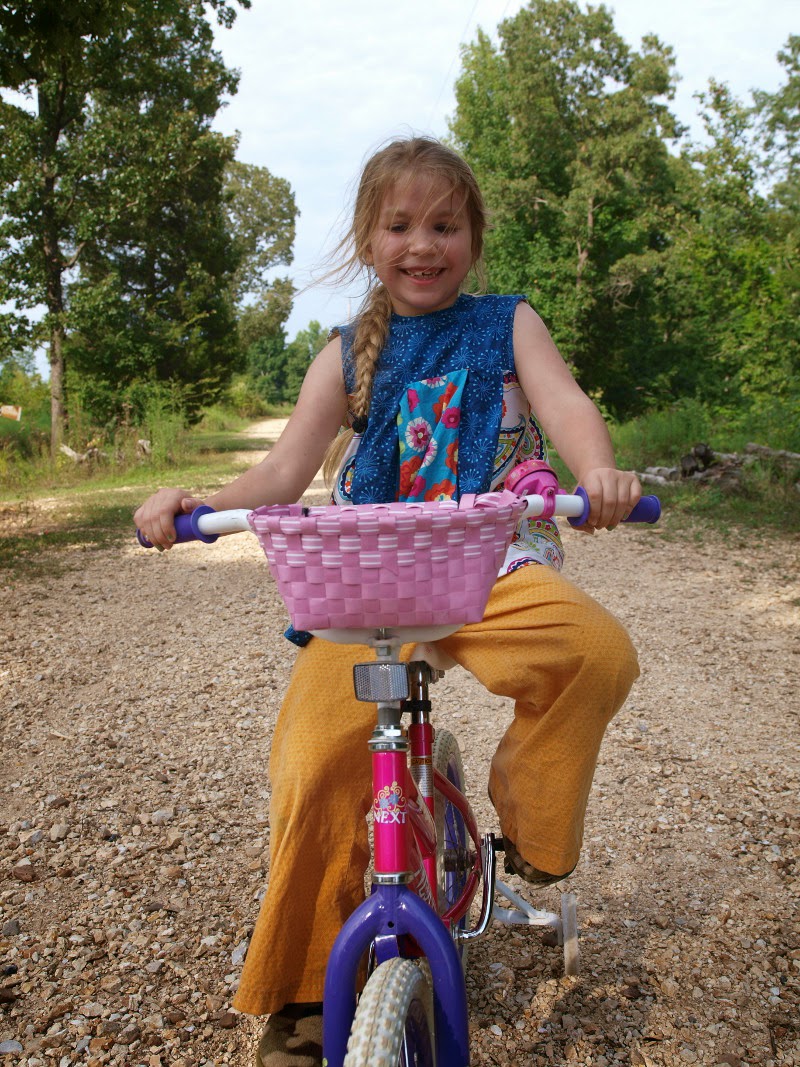 Proud on her bike 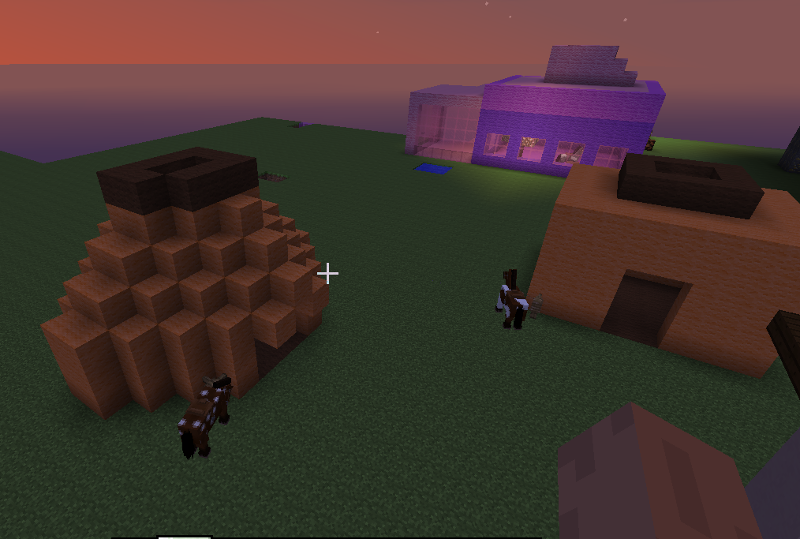 Native American Indian house styles, her attempt to make some of them in Minecraft, after asking me questions about them.  This is a wigwam .. my attempt and hers. 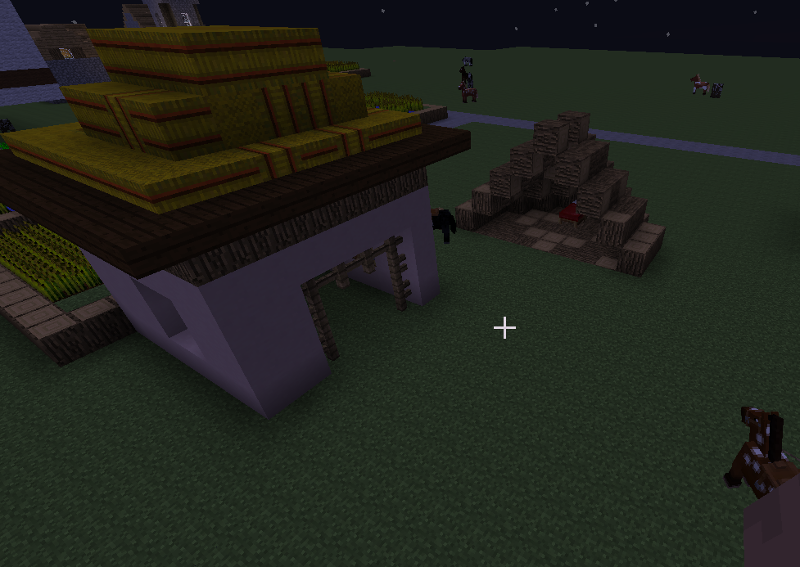 And a leanto she made after we read about how they would make quick shelters in the woods if they were hunting.  This is also a wattle and daub mud house hut which we worked together on, with reinforced door and a thatch 'hay' roof and wood rafters inside.  We put doors in the windows because they would not have had glass at that time...
Posted by RheLynn at 3:47 PM